Accessibility links
Ed Helms: In Scranton Or 'Cedar Rapids,' He's Plucky Ed Helms plays a paper pusher on The Office and an insurance salesman in the new comedy Cedar Rapids — but on Thursday's Fresh Air, he plays the banjo. With his band The Lonesome Trio, he joins Terry Gross for an in-studio performance and a chat about his latest film. 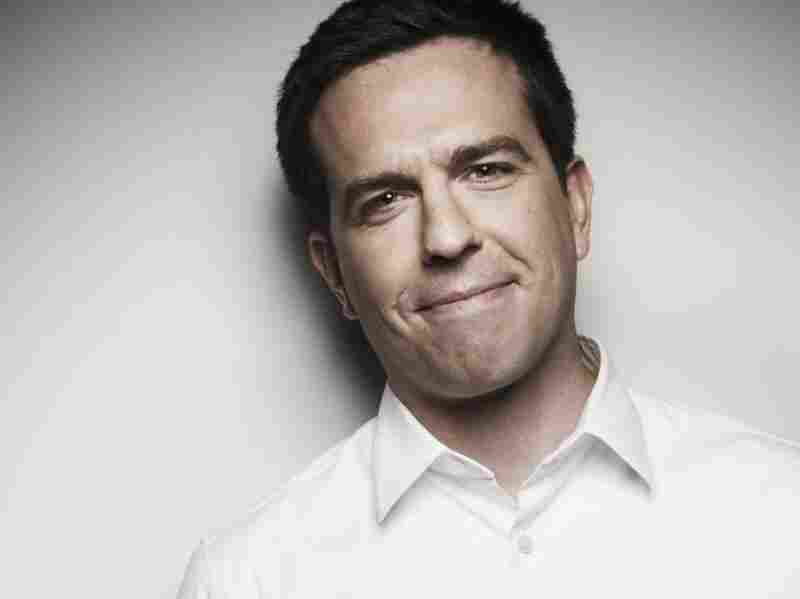 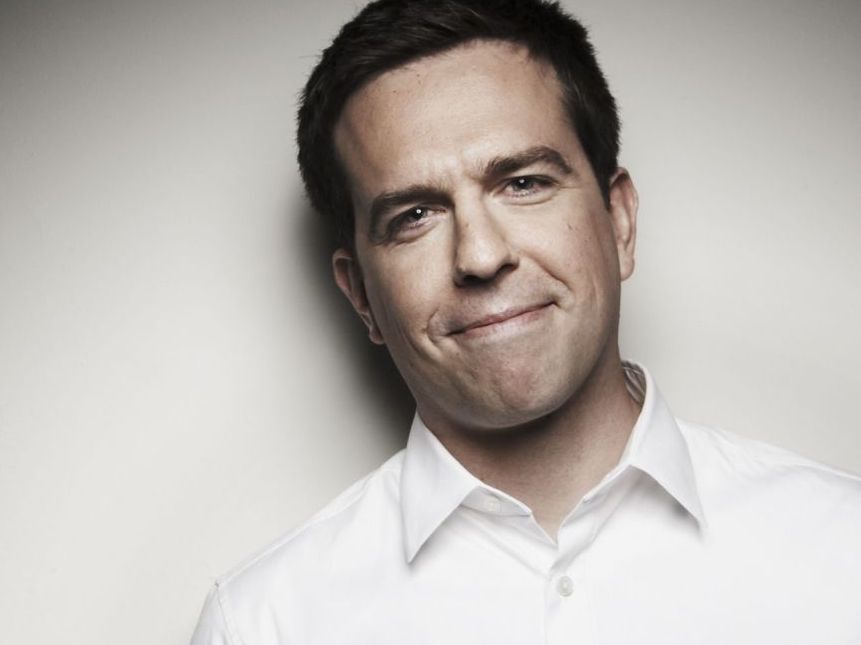 If you're a fan of The Office, you may have seen Ed Helms, who plays Andy Bernard, occasionally whip out a banjo and bang out a few tunes. On Thursday's Fresh Air, Helms brings his own banjo to the studio and sings bluegrass tunes with his band, The Lonesome Trio.

He also discusses his new comedy Cedar Rapids, in which he plays Tim Lippe, a naive insurance salesman who has never left his small hometown, let alone ventured into a hotel room for a night.

But when he is sent to represent his insurance company at a convention in a place that he considers exotic — Cedar Rapids, Iowa — Tim meets three insurance company veterans (played by John C. Reilly, Anne Heche and Isiah Whitlock Jr.) who open his eyes to new boundary-pushing ideas.

Amy Ryan: From 'The Office' To The 'Green Zone'

To play the character, Helms said, he had to tap into the part of his brain that contains his most idealistic notions about humanity.

"I really loved this character and wanted him to succeed, and I didn't want him to learn the evils of the world," he says. "As an actor, it was just fun to tap into a really earnest and wide-eyed view of the world that celebrates optimism and hope in a way."

The innocent character Helms portrays in Cedar Rapids is a far cry from Andy Bernard, the awkward, posturing salesman Helms plays on The Office.

"I suppose it's fair to say if Andy would be me if I didn't learn more about myself," Helms says. "Andy's sort of the high-school version of me in adult form, perhaps. There are some differences. I never struggled with the anger management [issues Andy has]. But certainly the posturing and insecurities — that's most of us in high school."

Helms' character has now spent five seasons on The Office, the hit comedy set at a fictional Pennsylvania paper company. This upcoming season will be the show's farewell to Steve Carell, who plays regional manager Michael Scott. But even his co-star can't say how Carell's character is going to make his exit.

"I can tell you, honestly — I don't know," Helms says. "I've been told there are a few different plans, and they're not exactly sure how it's going to execute. The narrative of the show is incredibly fluid, and it really changes with whatever is successful in the previous handful of episodes. So we have four episodes with Will Ferrell coming up, which will be crazy and fantastic. And then Steve's departure, which will be utterly heartbreaking but of course really exciting for the rest of us to see where the show leads." 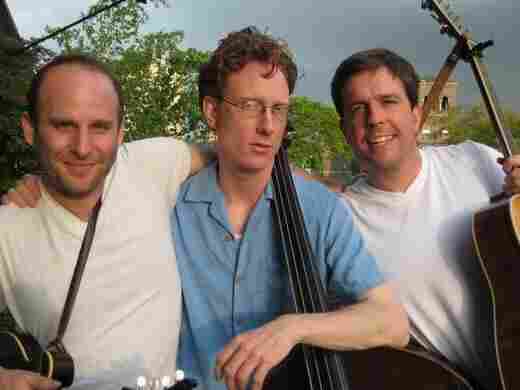 The members of The Lonesome Trio are (from left) Jacob Tilove, Ian Riggs and Ed Helms. Jacob Tilove hide caption

Helms got his start in the acting world with the Upright Citizens Brigade and other sketch-comedy troupes. Before joining the cast of The Office, he was one of the satirical newshounds on The Daily Show. He co-starred in the gigantic summer comedy hit The Hangover, and has also appeared in Evan Almighty and Harold and Kumar Escape from Guantanamo Bay. His next big-screen project after Cedar Rapids is The Hangover Part II, scheduled for a May release.

The Lonesome Trio: 'River In The Gutter'

On his love of banjo music

"I grew up in Atlanta, Ga., and there was some early exposure to it, but it's not like it was very prevalent in my family or anything. But I also spent summers up in the Smoky Mountains in North Carolina, and [bluegrass] was always a sound that resonated for me and felt like a connection to these places that meant a lot to me. ... But I do think people who love banjo music are cursed in some way, because most people don't like it and it's kind of an obnoxious instrument. But I just get a lot of joy out of it."

On singing in movies

"It's at the point now where, when I get involved with something, people are like, 'How do we inject a song into this?' And I'm trying to pull back a little bit. But I do love to sing; music's a huge part of my life. And I've always felt like singing at the wrong time, or at the wrong volume or with the wrong energy, can be one of the most hilarious things. So I always use it for comedic effect."

On stage fright while performing

"I get staggering stage fright when I play music. I don't know what it is. I've done stand-up comedy for 15 years, and I can step in front of 2,000 people in a college auditorium and just chat for an hour. But if you put an instrument in my hand — a guitar or a banjo — I desperately want to share it with people, but I have some stage fright. It makes the technical act of playing difficult. That's something I've always struggled with — even at piano recitals as a kid, I would freeze up."