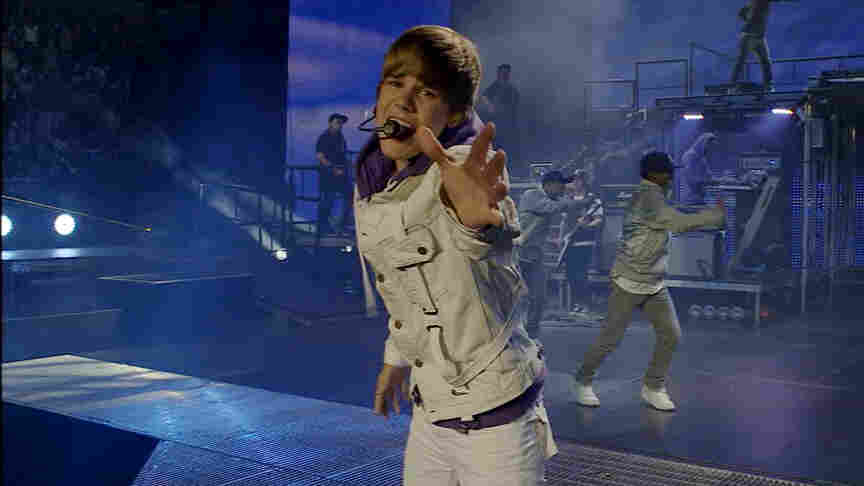 He Wants You And You And You: Canadian pop star Justin Bieber can make teenage girls — and his marketing team — scream, moan and weep with delight. Paramount Pictures hide caption

On our way to see the concert documentary Justin Bieber: Never Say Never, my not-yet-13-year-old-daughter asked, "Dad, do you think they'd mind if during the movie I screamed?" I said I thought the studio would be thrilled if she screamed. She'd prove she was a Biebermaniac, a Belieber.

The film, as it happens, is packed with little girls screaming — and moaning and weeping. I'd have screamed if I was in marketing, because this is one awesome piece of packaging.

The key, of course, is that Justin Bieber is presented as a grass-roots phenomenon, someone who rose without corporate packaging. Never Say Never opens with a computer screen and a mouse clicking on well-known YouTube viral videos: laughing babies, cute dogs and so on. Then there's a YouTube video of little Justin in a paneled room, a small-town kid with a big-city voice. "Hey, check out this kid!" reads a fake but representative e-mail. Bieber is, we're told, the first social-network superstar.

The movie is cunningly woven to show the tension between his insane success and his determination to remain a sane, normal 16-year-old. His background helps. His teenage mom and dad split when he was 10 months old — but we're told he always had the love of his mother and her parents, not to mention God and Jesus. He wasn't hatched in a studio incubator. His talent manager, Scott "Scooter" Braun, first saw him on YouTube. He couldn't interest record companies, though, because Bieber didn't have the requisite connection to Disney or Nickelodeon. So Braun enlisted Usher, whom Bieber idolized. But in the end, says Braun, Bieber sold himself. 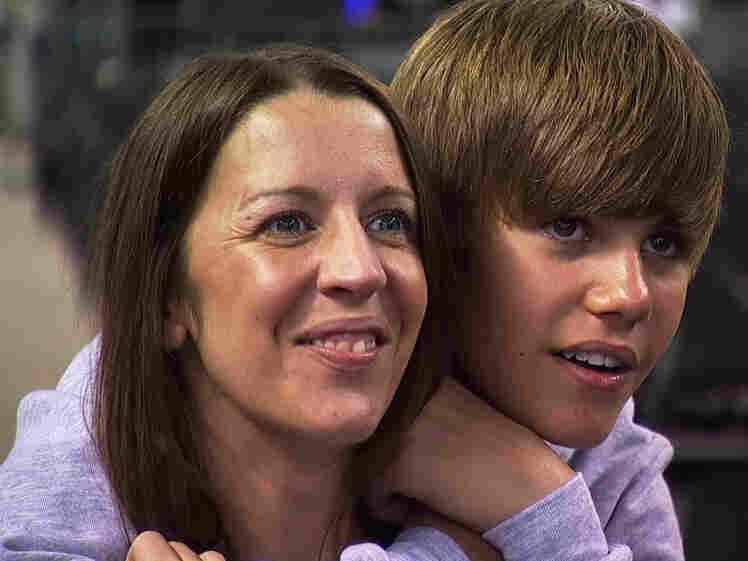 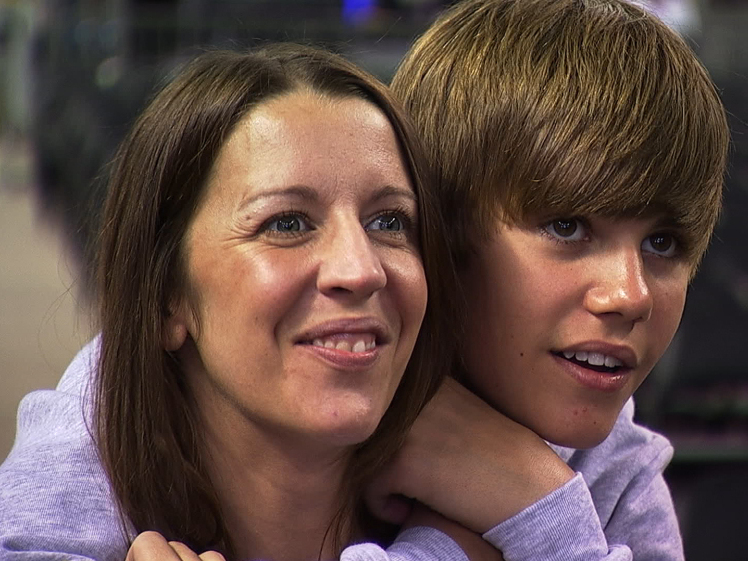 Since Bieber is already playing to sold-out arenas, there's little in the way of suspense — until he starts to lose his voice and has to cancel a show in Syracuse. A doctor arrives; there's a close-up of Justin's inflamed tonsils. Will he be able to play the Garden? You gotta Beliebe.

Unlike most packaged teen idols, Bieber has a voice that needs no help from sound mixers, and home movies show he had uncannily slick moves from an early age.

Having risen out of the social network, he has more communication tools at his disposal than, say, Donny Osmond in his day. In the middle of his song "Baby," he raps:

"Yeah, I'm 16 and I thought that you'd be mine / I used to tweet you and text you and call you and hit you on Facebook all the time. … Can't believe that you did me wrong / We were on iChat all night long."

Wow, iChatting all night long … that is serious.

No wonder one fan gushes, "I think about him, like, 99 percent of my life."

"He's really hot," adds a child who looks closer in years to diapers than puberty.

In concert, one girl is always pulled from her seat to sit on a stool onstage during his signature number, "One Less Lonely Girl." As the girl here weeps and weeps as Bieber descends on her with a bouquet of flowers, I checked out my daughter and her friend — both rapt, both crying. I find him such a white and pious and profoundly unthreatening little Furby robot of a pop star, but little girls' celebrity crushes are not to be trifled with. And this expertly engineered promo film makes Justin Bieber look like a force of nature.