Accessibility links
The Most Famous Magician You've Never Heard Of Howard Thurston was once one of the biggest names in show business— even more famous than his great rival Harry Houdini. But today, he's mostly forgotten. A new book draws the curtain back on Thurston's secrets, both magical and mundane. 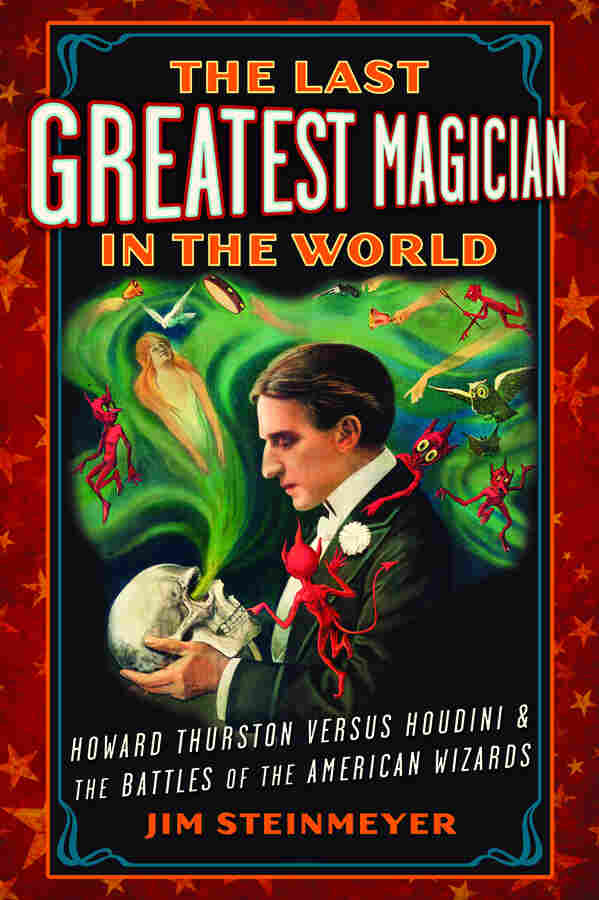 Mention the name Howard Thurston these days and you're likely to get a blank stare. But 90 years ago, Thurston was the greatest stage magician in the country, and one of the biggest names in show business.

"It was a name that was known like Ziegfeld, like Ringling Brothers, like George M. Cohan," says author and magician Jim Steinmeyer. He tells All Things Considered weekend host Guy Raz that Thurston toured the East Coast and the Midwest constantly during the first decades of the 20th century, bringing bigger and fancier stage shows every year.

'I Wouldn't Deceive You For The World'

"In 1926, '27, he was making a horse disappear onstage. Lines of showgirls. His great feature was always the levitation illusion that was included in every show. Later, he added a vanishing automobile to his show, the Indian rope trick, anything that could be turned into a poster that would attract audiences back again," Steinmeyer says.

Steinmeyer is the author of a new book on Thurston, called The Last Greatest Magician in the World: Howard Thurston Versus Houdini & the Battles of the American Wizards. He says Thurston's stage manner kept the audiences captivated.

"He used to say to people, 'I wouldn't deceive you for the world,' which was a strange thing for a magician to say," Steinmeyer says, "but there was a kind of honesty, there was a kind of really wonderful mysterious charm to him that the audience respected." 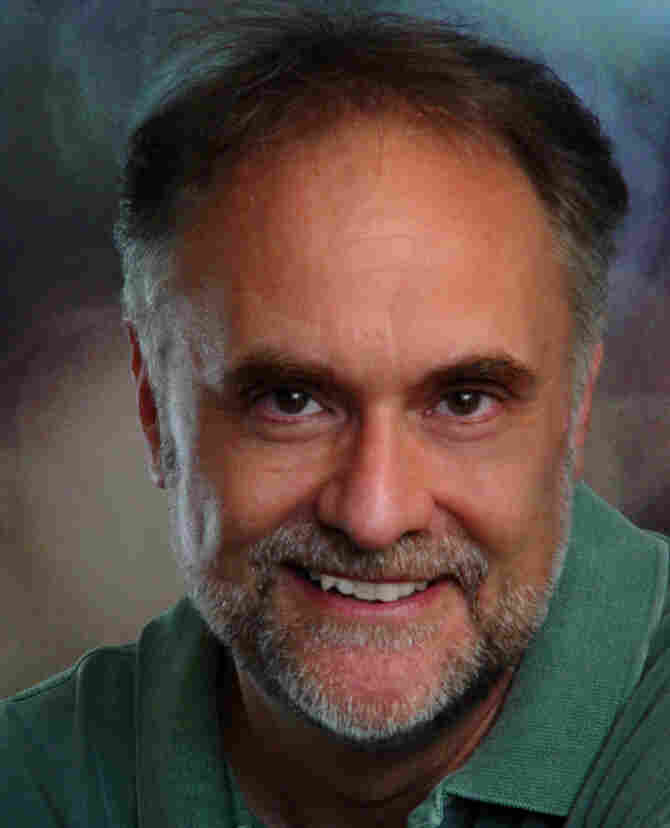 Jim Steinmeyer is a designer of magical illusions and the author of several books on the history of magic. Jeff Davis hide caption 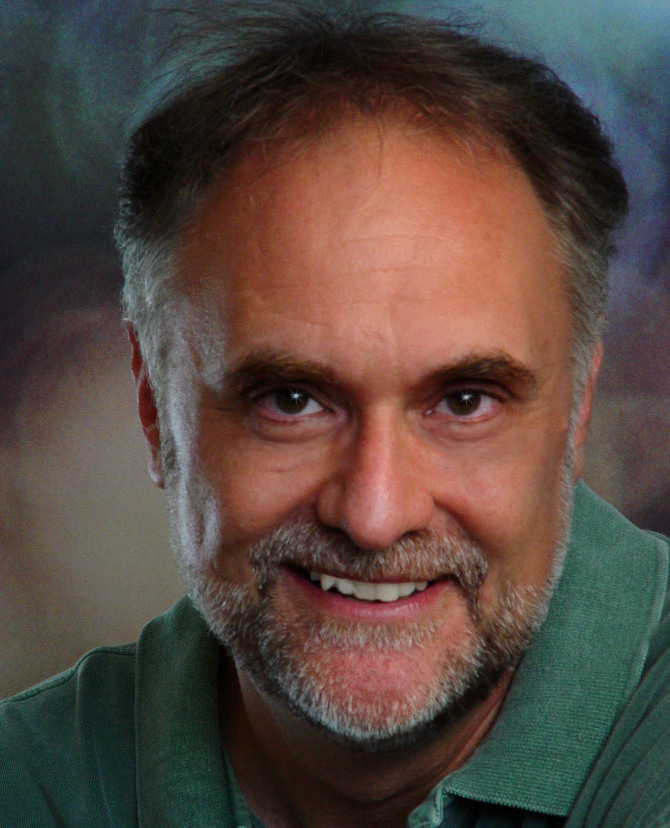 Jim Steinmeyer is a designer of magical illusions and the author of several books on the history of magic.

Thurston's great rival — and occasional friend — was the escape artist Harry Houdini. The two men had met as struggling sideshow performers at the 1893 Chicago World's Fair, and for the next 30 years they fought each other for the spotlight.

When Houdini died in 1926, he was actually slightly less famous than Thurston. But today, Houdini is the name everyone remembers.

Excerpt: 'The Last Greatest Magician In The World' 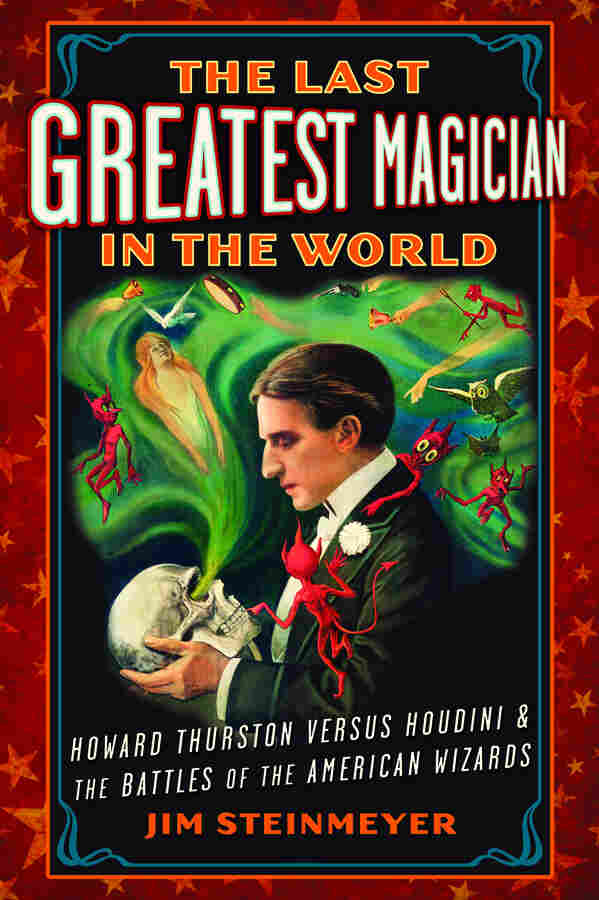 A Bit of Fun

Houdini pulled at his cardboard collar, tugged at his rumpled tweed suit, and slouched forward to avoid being seen. He felt trapped, completely, hopelessly trapped. He had always been comfortable standing in the rarefied atmosphere onstage, where each of his gestures was magnified and each expression examined by thousands of unseen eyes. On a stage, encircled by a warm halo of limelight, he had learned how to read the roars, whispers, and laughter from the mysterious darkness on the other side of the footlights. He could propel his voice across the void, emphasizing each word. But now he realized how uncomfortable he was sitting in a theater seat, anticipating a performance. Every squeal of a child seemed amplified; the laughter, catcalls, and murmurs of the arriving audience combined to form an uncomfortable buzz in his ears. As the orchestra stumbled into the pit with a clatter of bows and the squeak of chairs — finally, finally, the show was about to begin! — all Houdini could think about was how strange it was to be on the wrong side of the footlights, and how torturous it was waiting for someone else's magic show. He thumbed the program nervously — "Thurston, The Famous Magician." The oversized type, the grandiosity of the title rankled him.

In fact, Houdini had been scheming for years to become more than just a vaudeville escape artist, which is how he had earned his fame with the public. He was tired of putting on a bathing suit to perform water escapes, or organizing his career around publicity stunts that left him dangling upside down from buildings and escaping from straitjackets. He wanted to be a real magician, with an impressive magic show full of sophisticated wonders. Houdini went about it with his typical bravura — finding an enemy and viewing the challenge as a battle. He had fixed Thurston in the crosshairs.

Standing behind the curtain, just out of sight of the audience, Howard Thurston heard the first notes of the ragtime overture. He instinctively began hopping up and down on the balls of his feet, then stopped to swing his arms. These little exercises, he found, allowed him to "get pep" for each performance. Then he stood closely behind the curtain, with his eyes closed. "Ladies and gentlemen, thank you for coming to my show tonight. I hope you enjoy it. Thank you. God bless you. God bless you," he murmured to himself, directing his thoughts to the nameless, faceless audience members who had just paid to see his marvels. The stage manager nodded to the magician. We're ready. Thurston adjusted his starched shirtfront and smoothed the front of his elegant black tailcoat. He looked immaculate, elegant, ministerial.

"He's here, Governor," said George White, peering along a crack at the edge of the curtain. Thurston stepped to the side of the curtain to look for himself. "That's him, isn't it?" Houdini was seated in the fifth row, on the aisle. Thurston had chosen the seat himself when he offered Houdini a complimentary pass. "Yes, that's him. Good old Harry," Thurston sighed.

Thurston was technically one of Houdini's old friends, a business associate, and a fellow member of the Society of American Magicians. He was also, in Houdini's eyes, an ever-present rival. They'd first met in 1893 at the World's Columbian Exposition in Chicago, at the first very first midway (literally, the "Midway Plaisance"). There, a nineteen-year-old Houdini had found work by donning dark makeup, dressing in a tattered white robe, and working as "authentic Hindu" mystic, sitting cross-legged in front of the Algerian and Tunisian Village. His tour de force was apparently swallowing a packet of loose needles, then a long piece of thread. He regurgitated the thread, with all the needles neatly spaced along its length.

Howard Thurston, five years older, some four inches taller, wore a stylish felt hat and embroidered vest, twirled a cane, and worked as the "talker," standing in front of the Dahomey Village, a collection of "authentic African" attractions. When the crowds thinned out, Thurston used to pull a pack of cards from his pocket, performing a little magic, flourishing the cards from hand to hand, and changing one card into another by waving his hand over the face of the deck.

In Chicago, the two young men quickly found each other, and then found each other obnoxious. Thurston was bemused by Houdini's aggressive, boastful East Side New York personality. Houdini watched the card moves with disinterest. Yeah, he told his new acquaintance, he did all that stuff too, and better. No, the Hindu thing was just a temporary job; he actually had a sensational new act, an escape from a trunk, if only you could see it.

Houdini found Thurston's smooth, evangelical manner condescending. Actually, Thurston purred to his young compatriot, his work as a pitchman was just something to keep him busy. He had plans for a sensational new act, with brand-new card tricks. At the Columbian Exposition, the magicians were perfectly matched because they were both perfectly miserable — two young men teetering between the brink of success or failure, who could take no pride in anything they had done, but indulged in boasts of what they might accomplish someday . . . with the right show . . . with the right breaks.

Now, on December 6, 1920, at the Folly Theater in Brooklyn, they were both stars, and Houdini had agreed to watch Thurston's show once more. The timpani rolled, and the curtain was raised, showing a stage glowing with light and circled with pretty showgirls in bright silk dresses. The children seated around Houdini squealed and the audience burst into applause. Howard Thurston quickly stepped to the center of the stage, cupping the palm of one hand inside of the other hand and bowing slightly to the audience. And then he turned his eyes to Houdini's seat — a professional greeting that was brief and distinct — acknowledging his fellow magician with a nod.

See a Performance by Howard Thurston