Accessibility links
The Civil Wars: A Chance Meeting, An Internet Sensation The folk duo discusses Grey's Anatomy, their relationship and what's next. 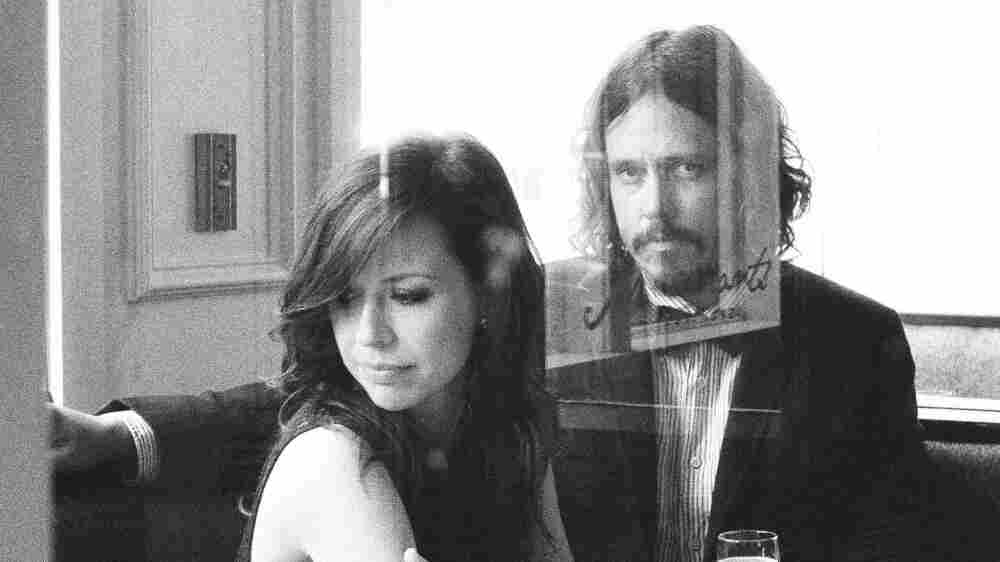 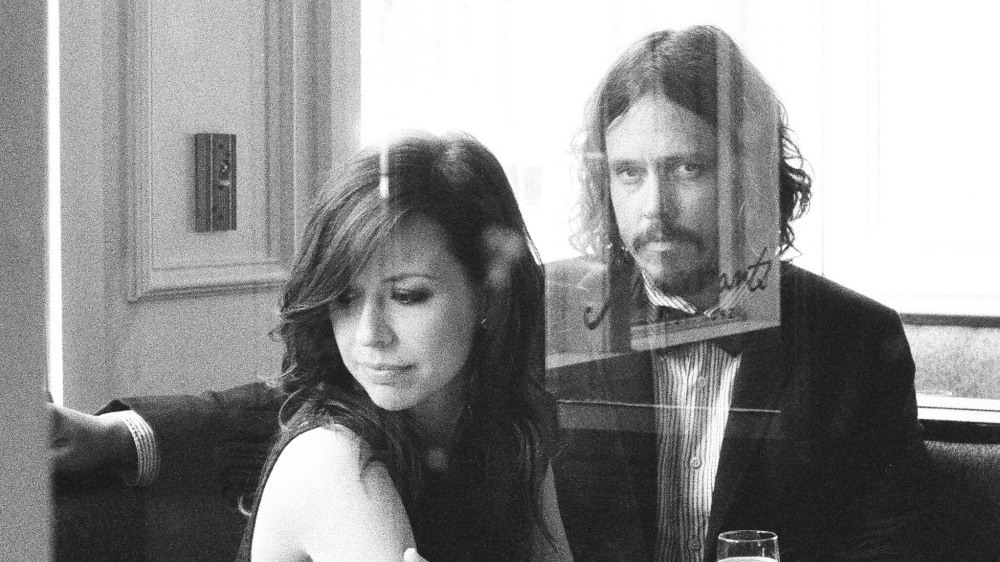 Joy Williams and John Paul White are The Civil Wars.

Tec Pataja/Courtesy of the artist

When The Civil Wars' song "Poison and Wine" debuted at the end of an episode of ABC's Grey's Anatomy, it set off a flurry of activity. Viewers scrambled to the Internet to find out more about John Paul White and Joy Williams' band.

More than half a million people have watched the YouTube video for the song — which almost didn't make it to the Web in time.

White says the duo found out the show was going to use the song only four days ahead of time.

"We were not prepared whatsoever. We didn't have [the song] up on iTunes, we had no video done, we had nothing," he tells Weekends on All Things Considered host Guy Raz.

"We set about getting the song uploaded to iTunes, and then we literally linked arms and said, 'OK, let's try and record a music video,'" Williams says. "So we did that in an afternoon. As it was being uploaded onto the Internet, we were watching the episode of Grey's ... and we were watching the [upload bar] get further and further and further. And down almost to the second that the last note of the song played ... [the video] was uploaded to the Internet."

On the strength of that song and Taylor Swift's endorsement, their new album, Barton Hallow, debuted at No. 12 on the Billboard charts.

Meeting for the first time at a songwriters camp in Nashville, White and Williams connected right away in a collaborative session.

"It was a really eerie moment," White says, adding that they had both collaborated with a number of other musicians over the years. "I knew where she was going. She knew where I was going."

Two years later, White and Williams never would have imagined that this chance meeting would have led to such a strong relationship.

"The nature of creating is such a vulnerable one, and John Paul makes it really easy," Williams says. "I'm sitting down with a remarkable friend. That draws out lyrics that I didn't know that I had within me. That draws out emotions I needed to express."

It hasn't been a short journey for The Civil Wars. White and Williams spent a lot of time as solo artists and say they were burnt out creatively when they met.

As for what's next, White and Williams aren't really sure.

"We're in a strange place right now," says White. "We're bewildered by how successful the first week has been. We had no way of gauging what was going to happen. Our MO has been to play as often and as widely varied a venue as we possibly can, just like the old days."