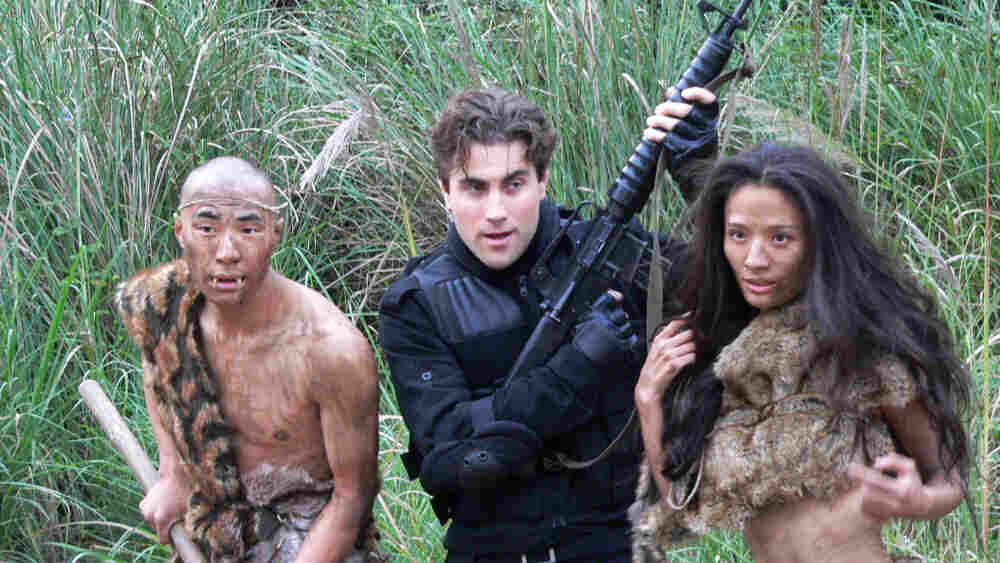 It's a typical Chinese chop-socky kung-fu film, with a mustachioed baddy fighting a plucky heroine, kicking and whirling, all the while balancing atop red poles arranged in a yin-yang symbol.

But there's just one big difference.

Despite his fluent Mandarin, the mustachioed baddy flying through the air is actually American. For Jonathan Kos-Read, 37, it's just an average day at work.

This Los Angeles native is a fixture on Chinese screens; he's become the go-to guy for acting roles that require a white face and flawless Chinese. Whether it be Neanderthal caveman, gun enthusiast or hapless boyfriend, he's made a career out of playing white guys in Chinese soap operas.

Kos-Read admits that about 40 percent of his jobs call for one particular role.

"I'm the American; I'm this rich guy who's arrogant. And I come to China arrogantly, and I fall in love with an oriental beauty, and I pursue her for however long – 10, 12, 20 episodes. But in the end she makes the right choice and sticks with her Chinese boyfriend," he says.

He even plays that role in the historical dramas so beloved of Chinese television viewers — for instance, in Princess Deling, where Kos-Read courts a Qing dynasty princess who works at the imperial court. Another of the roles he often plays can be summed up as the China ingenue, or as he puts it, "The fool, who comes to China, and is disdainful — 'Man, China sucks' — but then, through his exposure to the awesomeness that is China, he slowly realizes how wrong he was." 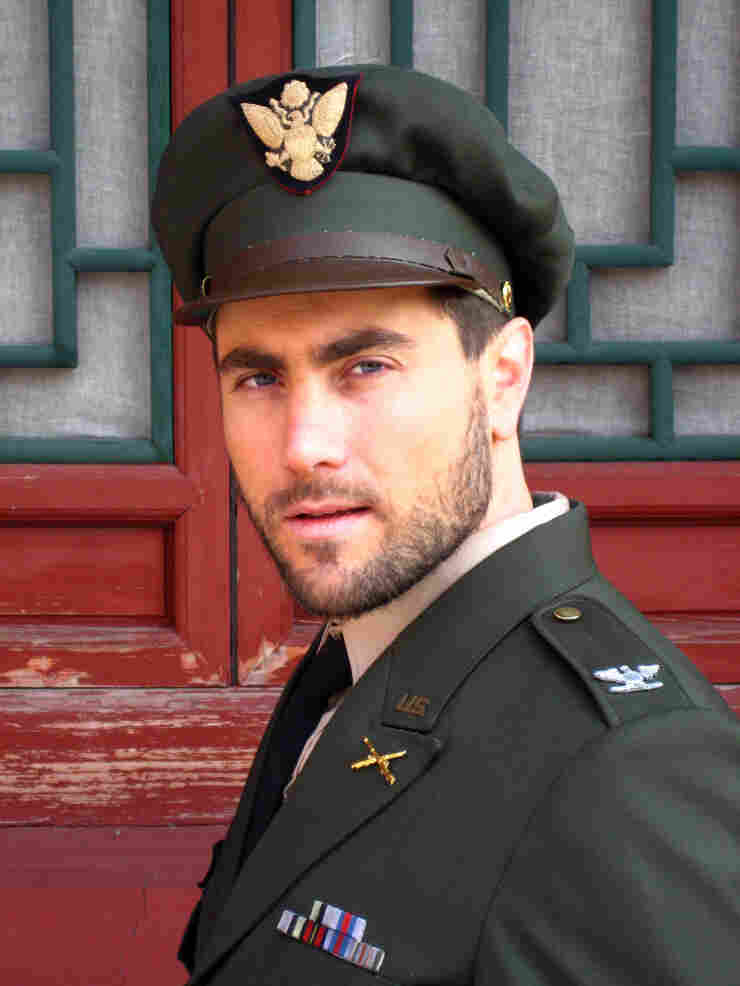 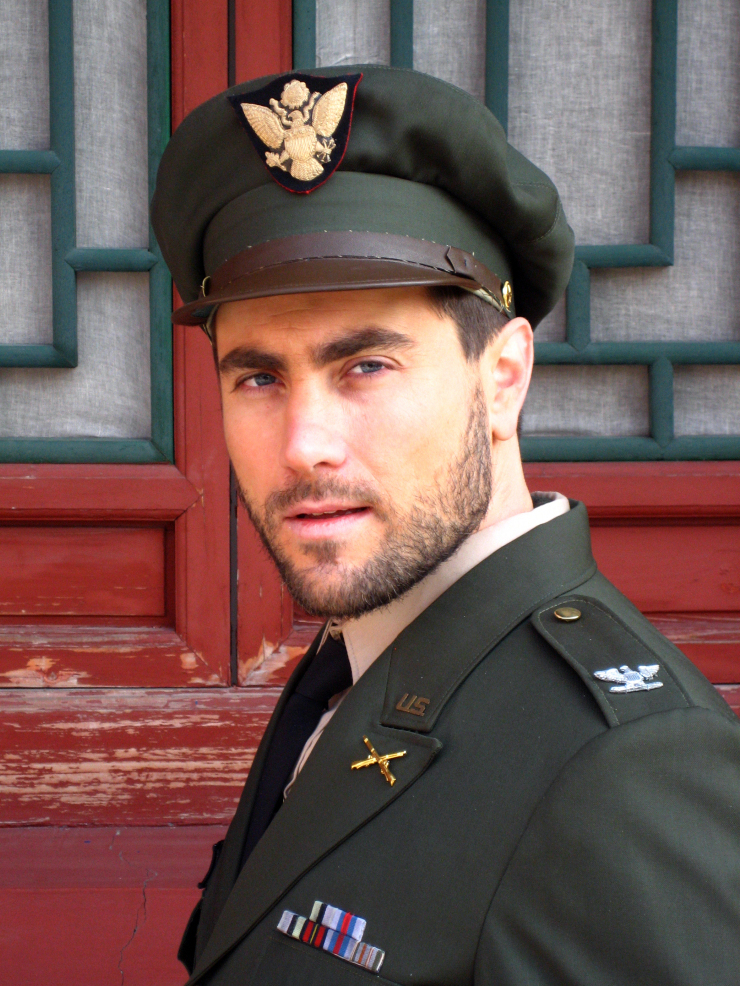 Jonathan Kos-Read in costume for a Chinese film.

As a veteran of 90 different Chinese showbiz projects, Kos-Read has drawn his own conclusions on the view of Americans in Chinese popular culture.

He says he believes these stereotypes are rooted in China's recent history.

Kos-Read has reaped the benefits of a recent spate of World War II movies, playing a young American gun expert, a "brash white soldier who has never seen the horrors of war."

He attributes the popularity of these war films to a growing mood of nationalism, with Beijing celebrating the fact that it was on the right side of history.

Other changes he's noticed recently include better, more rounded parts for foreigners. Despite that, he still worries about the decade he's spent perpetuating Chinese stereotypes of Westerners. 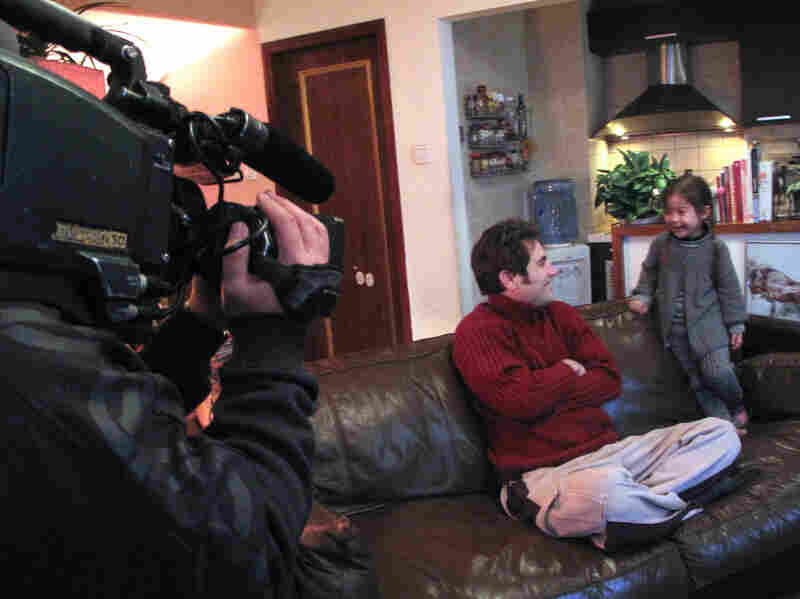 Jonathan Kos-Read and his daughter, Roxanne, being filmed by a Chinese television show for a special on how famous people raise their kids. Louisa Lim/NPR hide caption 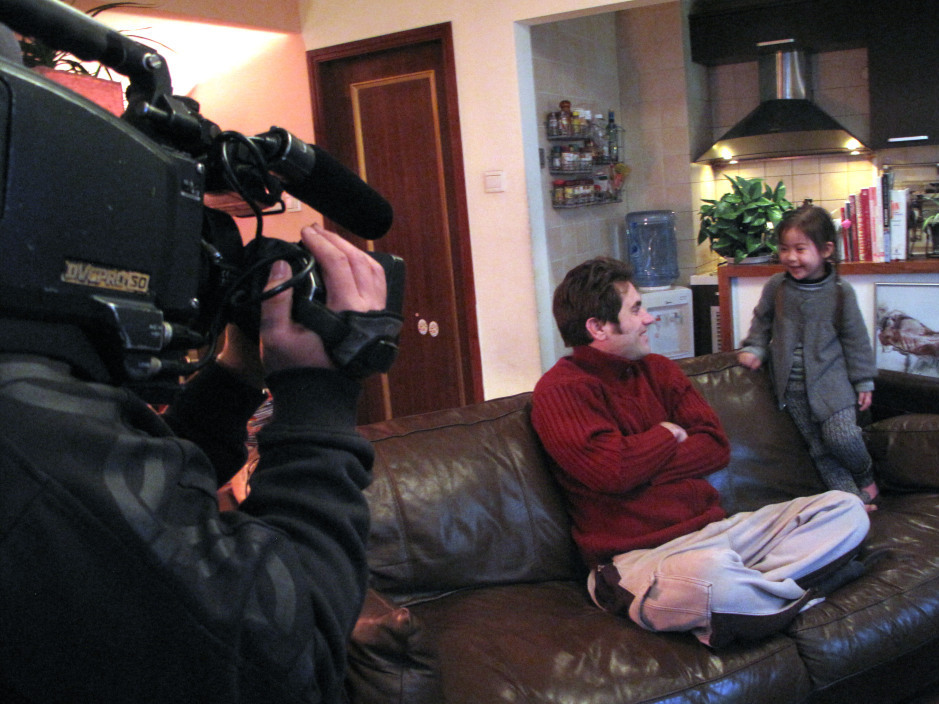 Jonathan Kos-Read and his daughter, Roxanne, being filmed by a Chinese television show for a special on how famous people raise their kids.

"How do I — how do any foreign actors in general here — deal with the Uncle Tom question? We are helping to shape Chinese peoples' perceptions of what foreigners are. The simple answer is we all draw a line in the sand, and where my line is — I won't play anybody who's bad because he's a foreigner," he says.

Kos-Read's fame was magnified by his own TV show. He describes it as a kind of "Chinese Jackass." It's called Here Comes Caocao, which is his Chinese name. Its premise is based around his foreignness.

In it, he takes to the streets and gets people to dance with him, shout their love for each other from afar and basically just be silly in a most un-Chinese way. He doesn't spare himself either, doing stunts like learning how to be a Hooters' girl. The show has been hugely popular among Beijing's grandmas and grandpas.

"If I go to a park in the morning where people are doing their Tai Chi and walking backwards, I'll get mobbed, 'Oh my god, it's Caocao, oh my god,'" he says. "I'm at a real nice level of famousness where sometimes when I can't get a cab somebody will pull up, 'Hey Caocao, what's up? Come on, I'll drive you.'"

On a recent day, Kos-Read and his family are being filmed by Chinese TV for a special on how famous people raise their kids. Kos-Read has a terrible flu but, ever the trouper, he is roused from his sick-bed to dance with his 4-year old daughter, Roxanne, for the cameras.

"He and his wife are an East/West mix, so they have different ideas about how to raise a child," she says. "He's been in a lot of shows on TV, so the Chinese media pay attention to him."

So with his Chinese wife, Li Zhiyin, is he living the stereotype as the arrogant American who falls in love with the Oriental beauty? No, he insists. In the shows, the Chinese wives of Americans suffer one of three fates: They turn bad, they die or they live out their life in unhappiness. These are yet more stereotypes he and his family are determined to resist.