Accessibility links
Buyers Face Gamble With Rising Mortgage Rates In November, the average rate slipped to a 40-year low of 4.17 percent. Today, it's just over 5 percent, and concerns are growing that rates will keep rising — enough to scare away potential buyers. It's at least enough to make those buyers rethink the advantages of homeownership. 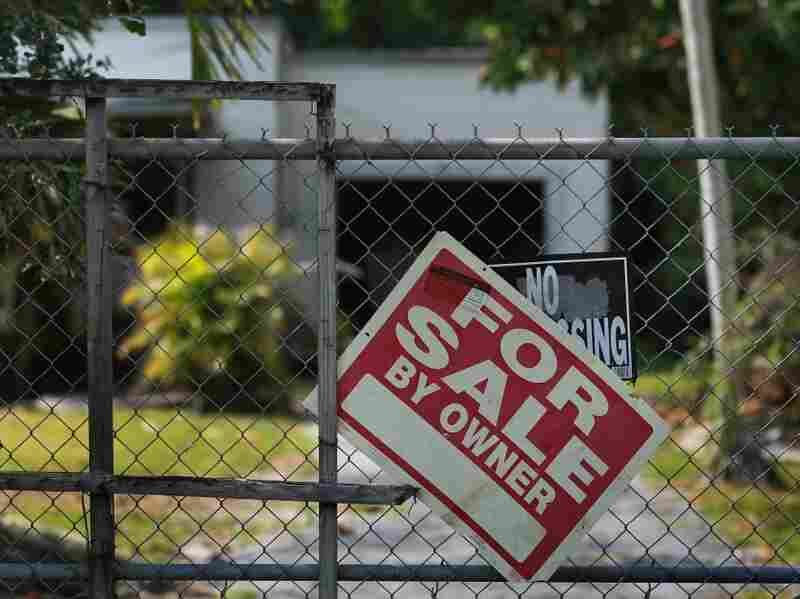 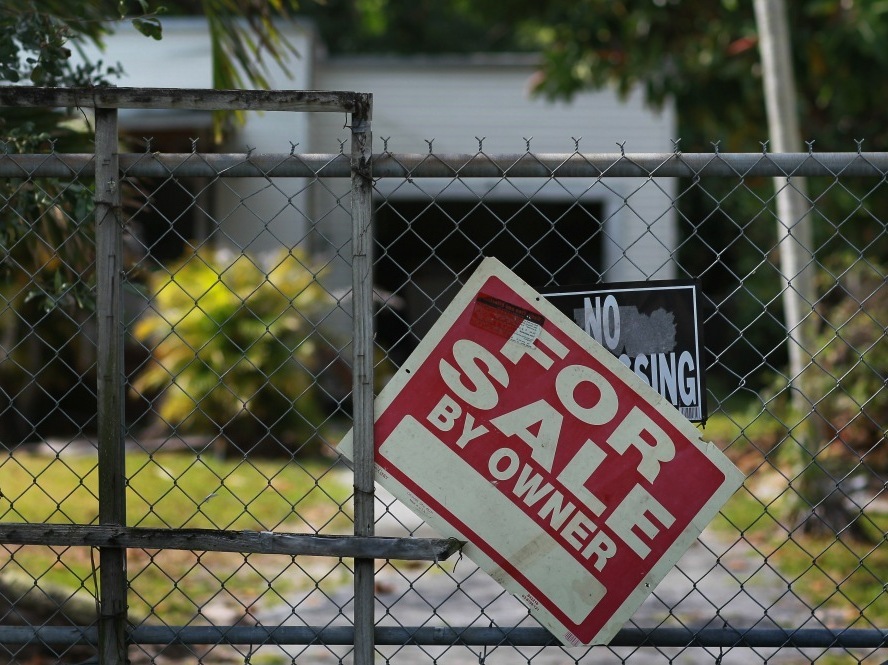 Home prices and sales are still depressed, but now mortgage rates are moving up.

February is when potential home sellers start painting walls beige and cleaning out closets, preparing for the spring homebuying season. But sellers got some unnerving news last week: The interest rate on a 30-year mortgage jumped up to a level not seen since last April.

In November, the average rate slipped to a 40-year low of 4.17 percent. Today, it's just over 5 percent, and concerns are growing that rates will keep rising — enough to scare away potential buyers. It's at least enough to make those buyers rethink the advantages of homeownership.

The housing industry had hoped interest rates would stay very low for a very long time — at least until the market bounced back. Unfortunately, home prices and sales are still depressed, but now mortgage rates are going up.

The key reason is inflation. In recent months, prices have been rising for all sorts of commodities, from steel to wheat to gold. Whenever prices go up, long-term interest rates — like those on 30-year mortgages — rise along with them.

So far, at least, the rate hikes have not been steep enough to discourage most potential buyers, and 5 percent is still low by historical standards. Mortgage experts generally say you won't start to seriously undermine the housing market until rates get closer to 6 percent. Time To Buy A House?

One encouraging thought for people who are trying to sell their homes right now: Rising rates can actually give a short-term boost to real estate sales by pushing potential buyers off the fence. People who have been taking their time making a decision now have motivation to make a commitment before rates move higher

Yet rushing to buy a house and lock in today's interest rates is still a gamble — given that home prices may still fall further. If buyers act now, they can spare themselves a 6 or 7 percent mortgage rate. Then again, if they live in a city where home prices may drop an additional 10 percent, it might be better to hold off for the lower price.

This much is certain: Today's combination of low rates and low prices is making homeownership more affordable than it has been in more than a generation, in terms of the ratio of home prices to annual household income.

During the housing bubble between 2002 and 2007, homebuying became very unaffordable. That's why so many people resorted to bad borrowing ideas like interest-only mortgages. They needed to use lending tricks to buy homes.

Today, buyers don't need tricky loans to become owners — they can find plenty of affordable houses and good mortgage deals. But what they do need is good credit. In the aftermath of the financial crisis, lenders are still keeping their standards high. To get a good loan, a buyer needs a credit score above 740.

The Joys Of Not Buying

Renters may want to consider their advantages. Financial planners point out that while buying is affordable, rents are way down too, so it can make financial sense to keep renting. Renting allows for more mobility, too. If a good job opportunity opens up in another location, it can be easier to move if you aren't tied down by a home.

One final factor to keep in mind: The political winds are shifting. As they look for ways to balance the budget, it's possible lawmakers could phase out some mortgage deductions. Last week, President Obama proposed winding down the government's role in mortgage financing.

These changes potentially could reduce the availability of 30-year fixed mortgages and make home ownership less attractive, which would make selling a house harder in coming decades.

Those who did refinance their mortgages last year cut their interest payments by 22 percent on average. Now that rates are rising, lenders are reporting sharp drops in the number of applications.