Accessibility links
The Next Challenge For Egypt: The Unknown Once the immediate euphoria over the resignation of Egyptian President Hosni Mubarak has passed, some challenging questions about the future there will have to be addressed. The popular revolution was a call for change, but there are still too many uncertainties to know what shape that change will take. 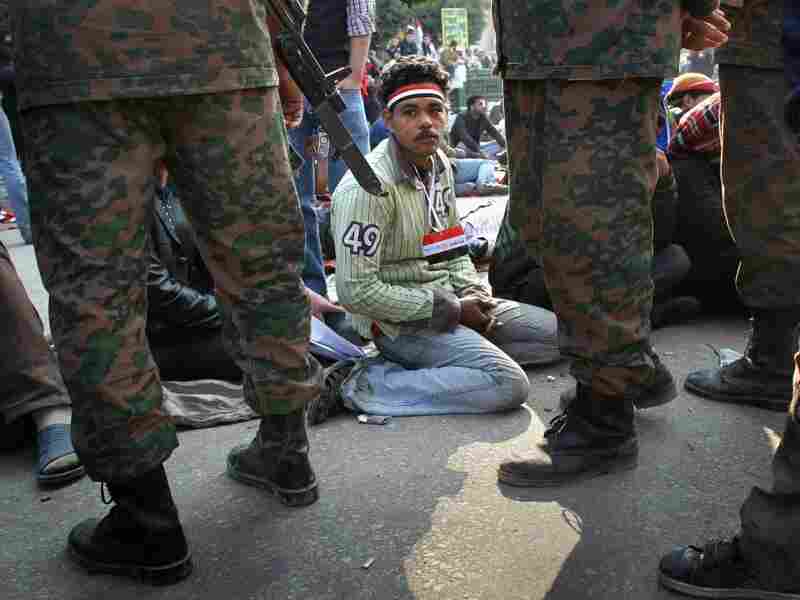 Egyptians stage a sit-in after the army ordered their encampments torn down in Tahrir Square on Sunday. John Moore/Getty Images hide caption 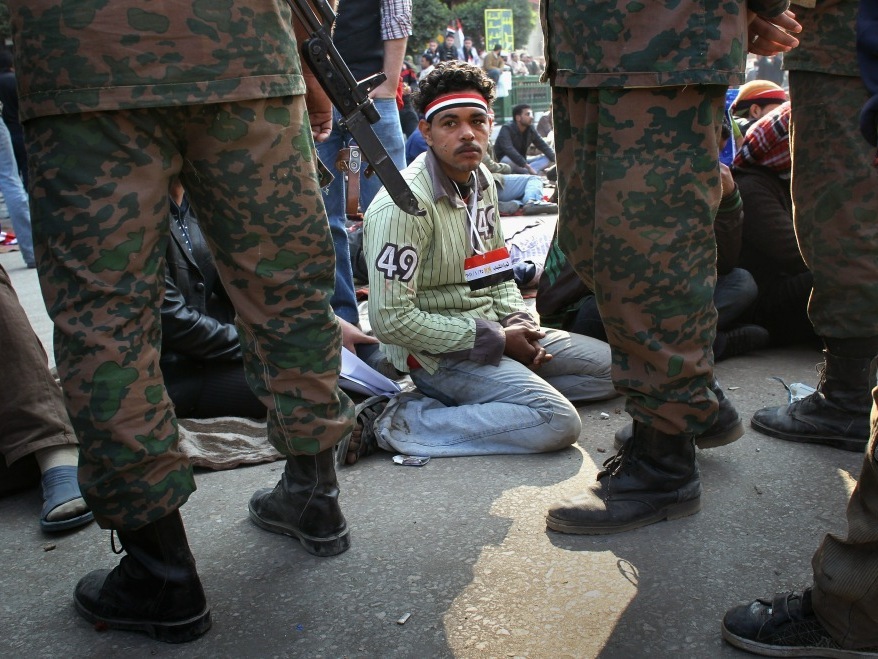 Egyptians stage a sit-in after the army ordered their encampments torn down in Tahrir Square on Sunday.

Once the immediate euphoria that followed the resignation of Egyptian President Hosni Mubarak has settled down, some challenging questions about the future there will have to be addressed. The popular revolution was a call for change, but there are still too many uncertainties to know what shape that change will take.

When Mubarak finally relinquished his grip on power, the first and major demand of the protesters had been met.

President Obama hailed the moment, but acknowledged that it's still unclear what lies ahead: "This is not the end of Egypt's transition," he said. "It's a beginning. I'm sure there will be difficult days ahead, and many questions remain unanswered."

One of the biggest unknowns centers on if and how Egypt's military will set out to meet the underlying demands from the protesters, such as lifting the three-decade state of emergency and rewriting Mubarak's restrictive constitution to allow true political reform.

"If you're relying on the military, which after all created the system which has been in power in Egypt for 59 years, what assurance do you have the military wants to fundamentally change that system?" he says.

Key unanswered questions center on elections: When will they be held? How inclusive will they be? And what role with the youth movement that fueled the protests take, given that no single opposition figure has emerged as the next person to take Egypt into a new era?

Kristen Stilt, an associate professor at Northwestern University's law school and an expert on Islamic history, says it'll be interesting to see how the election process shapes up.

"Will new parties want to form and register — ones that either couldn't before because they were denied or new ones?" Stilt says. "Are we going to be looking at lots of independent candidates? ... And what rules are going to regulate the formation of those entities, those parties? And what will regulate the processes? We don't know yet."

Nor is it known whether a new Egyptian government would open the common border with Gaza, something the Palestinian group Hamas — which rules Gaza — is already calling for.

Israel relied on the Mubarak regime to help keep stability and adhere to the 1979 peace accord between the two countries. Over the weekend, the Egyptian military said that agreement would remain in place, news that was welcomed by Israel.

But that's assured as long as the Egyptian military is in control. There are concerns that a new government could reconsider the accord.

On his last day as White House spokesman, Robert Gibbs said, "I think it's important that the next government of Egypt, as we've said in here many times, recognizes the accords that have been signed with the government of Israel."

The American support for the accord — and for the Mubarak regime for almost 30 years — wasn't lost on the protesters. That could make it difficult for the Obama administration to forge new ties with Egypt's next government, says Alterman of CSIS.

"They saw us as the backers of Mubarak against Egyptian interests in favor of U.S. and Israeli interests," he says. "How do we inject ourselves or how do we get welcomed into a system which for the most part sees this as a reason to push us out?"

What would help, Alterman suggests, is having a sense of who will lead Egypt in the future — the military or the protesters.