Accessibility links
To Win Toddler Food Battles, Take A Softer Approach Sick of pleading with her toddler to eat just one pea, an NPR member station reporter decided to find out if there's a better way to deal with picky eaters. She found that enforcing the "clean plate club" rule may not be the best policy. 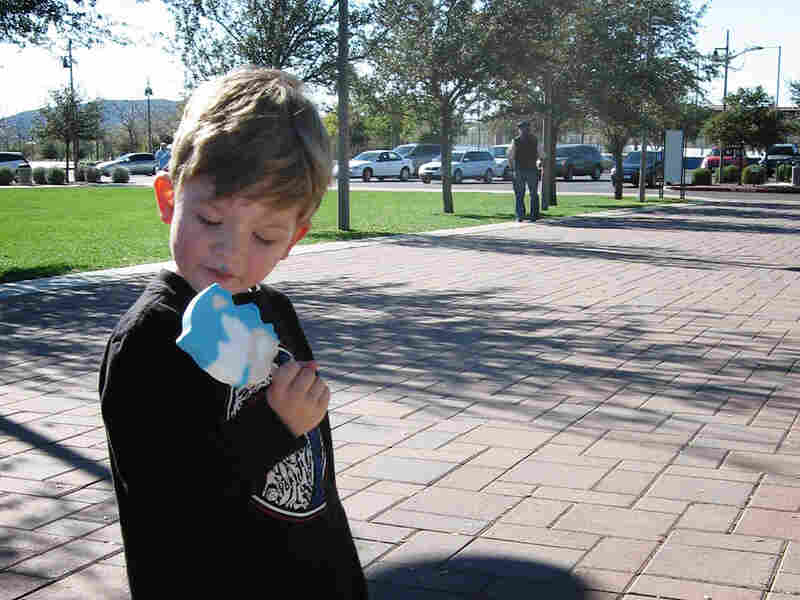 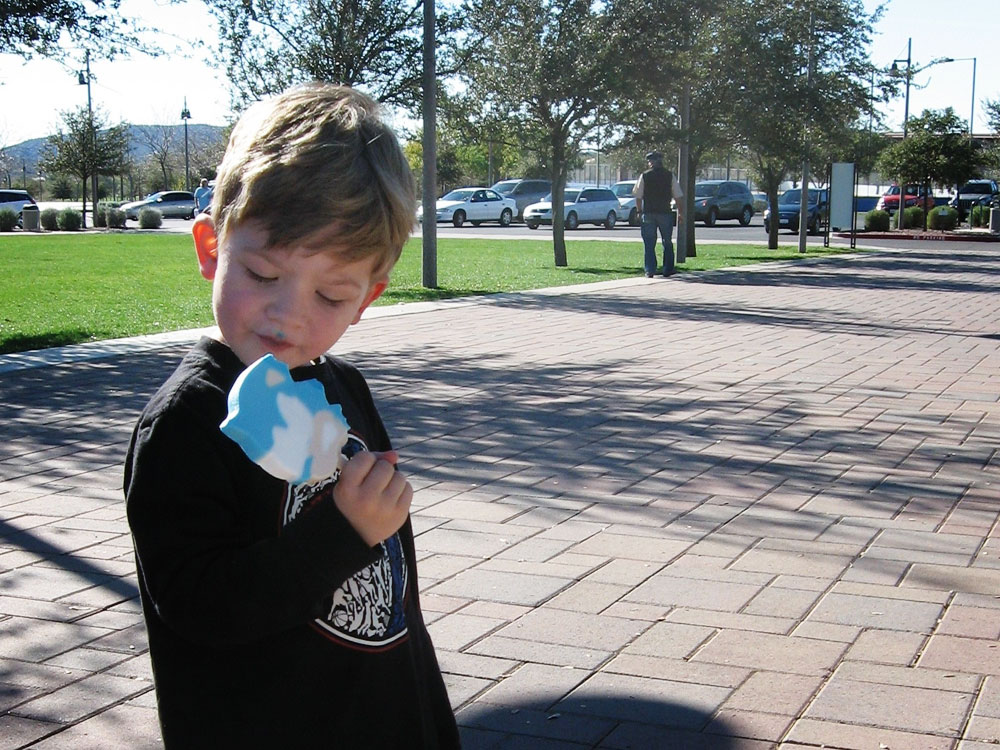 It's called How Do Dinosaurs Eat Their Food? and for frustrated parents, it's a full-on food fantasy. It advocates trying new food — at least one small bite of it. And, of course, it's nothing like dinner with my son Fountain.

"I only want mac and cheese! Not peas!" he said to me recently when I tried to tempt him with something green.

I replied, "Do you want to grow up to be a big boy or a little tiny boy your whole life?" But when you find yourself pleading with your 3-year-old, stoking fears of dwarfism, it's perhaps time to call for help.

If you're in preschool purgatory with pint-size persnicketors, you want Ellyn Satter — author of two popular books on parent-child feeding relationships, patron saint of child development researchers — on speed dial. I read her some of the strategies I collected from parents of picky toddlers: using toothpicks to create green bean spaceships, awarding stickers, playing a guessing game of which chicken finger they'll eat next.

"Those parents are working way too hard," Satter says. "The rule of thumb is the harder you work to try to get food into your child, the less likely your child will eat."

Satter's idea is this: Our job as parents is to put healthy food on the table. And the kids decide whether to eat and how much — without promises of popsicles or threats to call Santa Claus, which I'm still doing even though it's February. Eventually, she says, perhaps the 10th, 20th or 30th time they try a new food, toddlers will start to like it.

"Even if he only eats bread, even if he eats five slices of bread, and drinks milk," Satter says. "Whatever he wants to eat, he can eat."

This sounded like heresy: I grew up under strict orders to clean my plate — or else! Surely my son Fountain would starve if left to his own devices.

"Young children are very, very good at regulating their intake so they are getting the proper amount of calories and fat and carbohydrates and protein for growth — as long as they're offered a healthy range of items," says Andrea Garber, chief nutritionist for the University of California, San Francisco, child obesity program.

In other words, they self-regulated. But Garber says this built-in appetite control can go haywire when parents interfere. In another experiment, kids were given a meal, followed by a snack free-for-all.

For some parents, it might seem like it would take nothing short of a visit from Captain Vegetable for their kids to eat their greens.

"And what they found was the kids who had mothers who were more restricted, when the mother wasn't present or wasn't putting restrictions on and the kid was exposed to snack foods, like cookies for example, that child ate significantly more cookies when the control was not applied," Garber says.

Still, the idea of sitting idly by and trusting a child to eat right can be terrifying. Mary Sanders, a child psychologist at Lucile Packard Children's Hospital at Stanford University, says nearly all parents worry their kids aren't getting enough nutrients.

"What I tell parents is, there's nothing sacred about 24 hours," Sanders says. "If you're really worried, look and see what your child has eaten over a week's time. And actually you might find they may not like broccoli but probably they had something else green."

Back on my call with Satter, I make the mistake of telling her I'll give her method a try.

"Yoda said: There's doing or not doing. There is no trying," Satter says.

She adds, "If you're good about regular meals, regular snacks, variety of meals and no pressure, I would suggest to you — after three to four months — you're going to see evidence of his sneaking up on unfamiliar food and learning to like it."