Accessibility links
Greeting Cards That Celebrate A Rainbow Of Loves If you're part of a same-sex couple, you'll be hard pressed to find a Valentine's Day card that fits your relationship. That problem led a small California company to start making cards for lesbian, gay, bisexual, and transgender couples — and their family and friends. 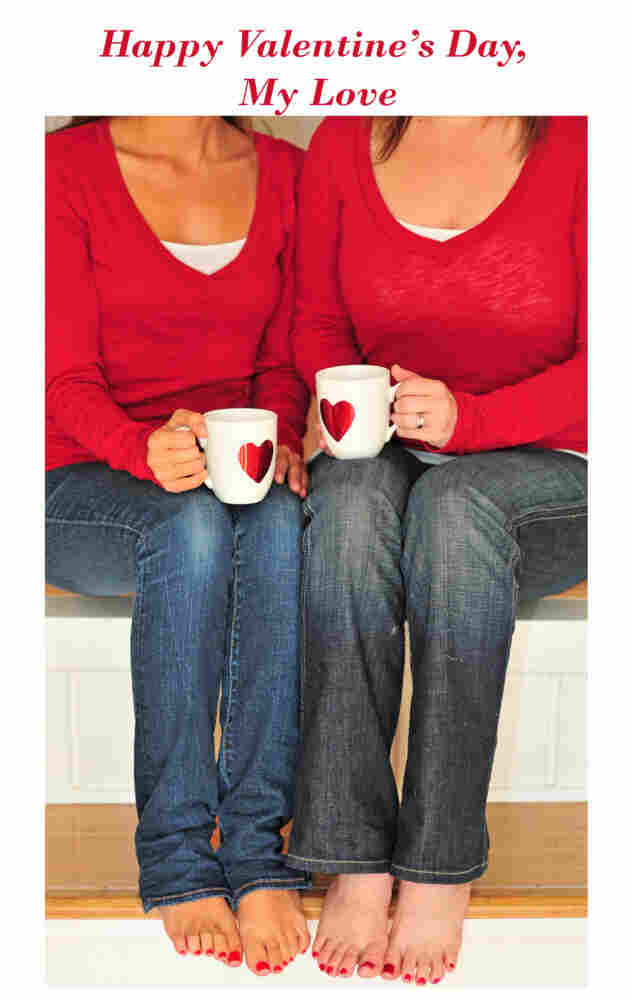 toggle caption
A Little To The Left 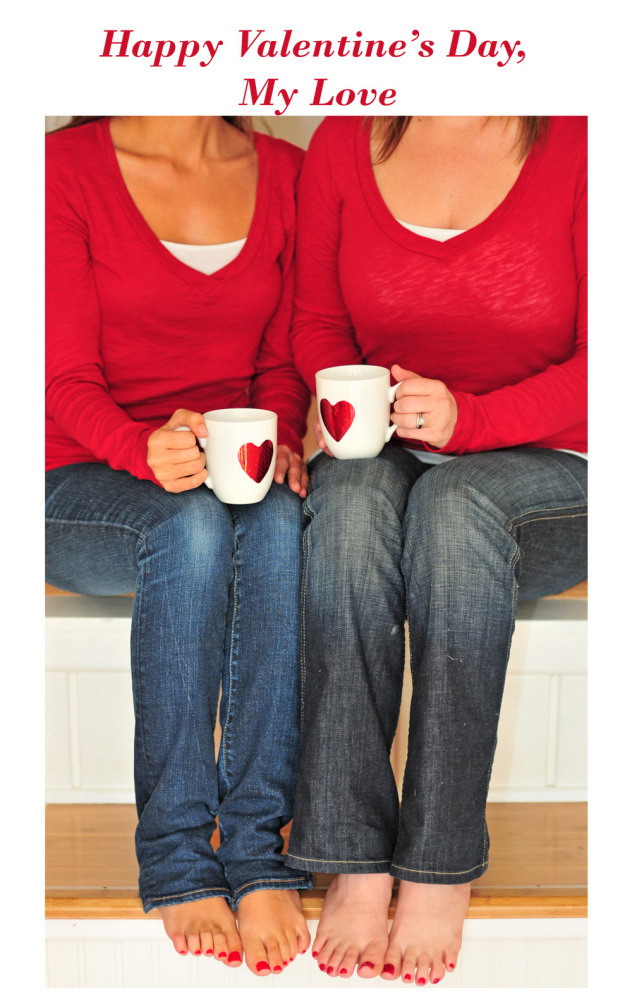 Lesbian and gay lovers have new options for Valentine's Day cards, thanks to the California company A Little To The Left.

A Little To The Left

It can be especially hard to find the perfect Valentine's Day card for your special someone if you're in a same-sex relationship. That's because no major greeting card company carries a line of cards geared toward members of the lesbian-gay-bisexual-transgender community.

Greeting card giant Hallmark has lines of cards for other demographics, such as the Mahogany line for African-Americans and Sinceramente for Spanish speakers. Although Hallmark doesn't offer an LGBT line now, senior writer Andre du Broc says he thinks it will happen.

"We've taken baby steps so far," he says. He points to a few "coming out" designs and four same-sex union cards that were released when California legalized marriage for same-sex couples in 2008.

"They're performing on par with our regular wedding cards," he says. "So we're validated there that people do want these."

Du Broc, who has served as chairman of Hallmark's LGBT employee resource group, says the creative will from writers to make an LGBT line exists. He says what's holding the company back is figuring out how to get the cards in front of the right people. He thinks Hallmark is being prudent in holding off until it can figure out how to do it right.

Sandi Timberlake decided not to wait for Hallmark. She wanted a card for her son and his husband.

"I was always frustrated because I could never find a tasteful card to send to them," she says, "and certainly no card that said 'to son and son-in-law.' I knew I couldn't be the only mother or family of a gay person who needed this kind of card."

Two years ago, the San Diego retiree started her own greeting card company called A Little to the Left. The cards are geared for family and friends of LGBT people. She also has several Valentine's designs for gay people to send to each other.

It's a small operation; Timberlake does everything from directing the photo shoots to making sales calls. For now, she sells her cards online and in 26 stores around the country. But she gets excited when she thinks about all of the LGBT people and the friends and family in their lives who might want these cards: "My potential market could be anywhere from 60 to 90 million people, or more!"

Du Broc agrees that there's a market, and a need.

But du Broc gets stuck on LGBT Valentine's Day cards. "It's a little awkward," he says. "How do you say, 'I love you, my partner who is a boy and I am a boy also.' " It's about love, he says, and there's no difference between love between gay people and love between straight people.