Accessibility links
Weekly Standard: The Lame Duck Budget Proposal On Monday, President Barack Obama will present his 2012 budget plan to Congress in the hopes of severely cutting down on the national deficit. But Fred Barnes of The Weekly Standard argues why Obama's budget proposal just doesn't cut it. 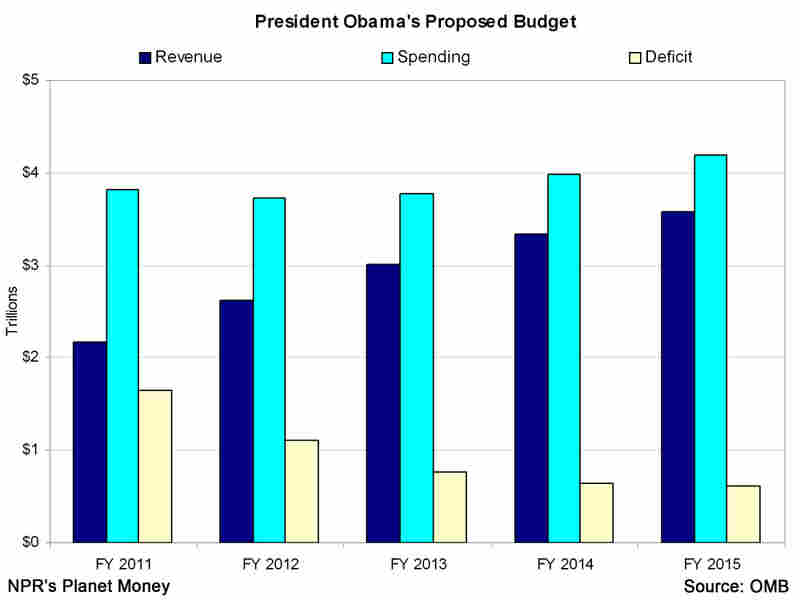 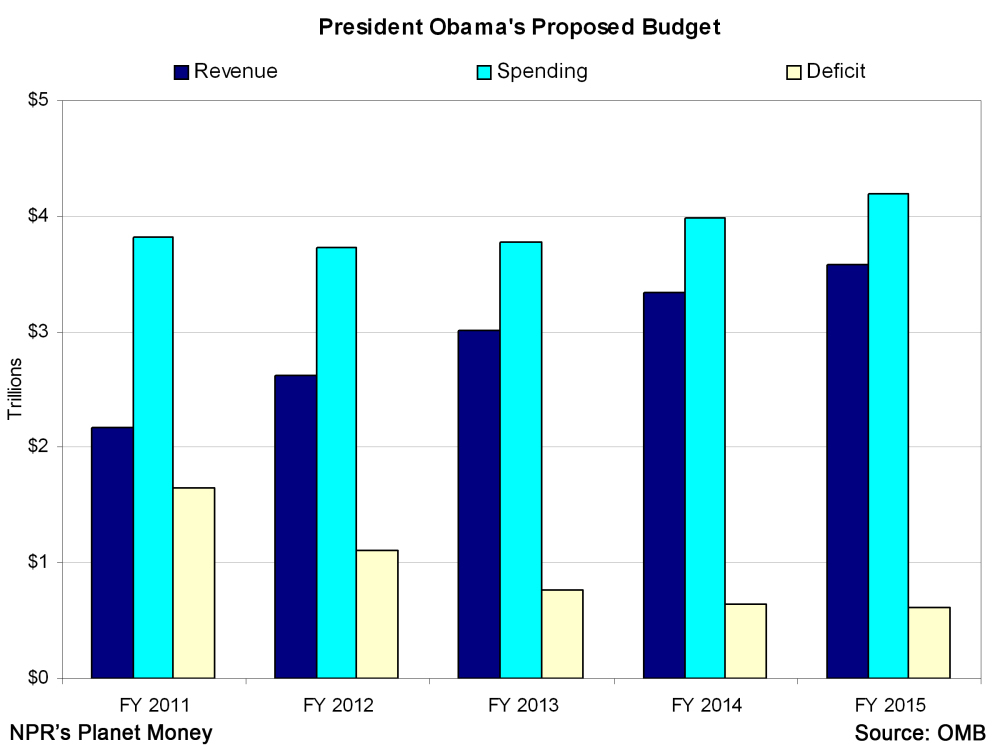 Let's be candid about President Obama's budget. It's pathetic. The country faces a worsening debt crisis and Obama has not come to play. He kissed off the crisis in his State of the Union address last month. And now his plan for spending over the next 10 years doesn't come close to dealing with the debt problem.

So he is 0-for-2 in coming to grips with the fiscal mess that threatens America's economic position at home and abroad. Obama didn't create the crisis, but in two years his spending has added $3 trillion to the national debt. In 2011, the deficit figures to be nearly 10 percent of the gross domestic product. In 2012, the deficit will exceed $1 trillion for the third consecutive year.

Obama would cut spending by $1.1 trillion over the coming decade. That figure is smaller than the projected deficit of $1.5 trillion in 2011. Think about that: Obama's total reductions are less than a single year's deficit. That's what I mean by pathetic.

A highly publicized item in the 2012 budget is a 5-year (partial) freeze on discretionary spending, a saving of $400 billion. That was swallowed up this year when Congressional Budget Office re-calculated the deficit for 2011 deficit and boosted it from $1.1 trillion to $1.5 trillion, the biggest 1-year deficit ever.

Obama's plan includes spending hikes in some areas. The most egregious may be $53 billion for construction of high-speed rail in Florida, California and several other states. This is one of the least cost-effective projects in the history of wasteful government spending. Yet it's one of the president's pet projects, and he appears more wedded to it than to taming the rise in the national debt.

The Obama budget is so unresponsive to the fiscal situation that it prompts this question: it's merely a tactical budget. He's now waiting to see what Republicans will propose in their 2012 budget, the outlines of which are to be hammered out by House Budget Committee Chairman Paul Ryan in April. Following that, Obama and congressional Republicans will negotiate, ultimately agreeing on a budget.

That's the most benign interpretation I can think of. A more likely explanation: Obama has set the stage to attack Republicans for proposing spending cuts certain to be deeper than those Obama is advocating.

Democrats tend to believe that while Americans want spending to be reduced dramatically, they'll feel differently when faced with cuts in specific programs such as education, transportation, research, and assistance to the poor. In other words, the public is philosophically conservative, but operationally liberal, or so many Democrats think.

In recent weeks, Democrats have talked up the possibility of a budget impasse that causes a government shutdown. When this happened in 1995, President Clinton and Democrats blamed congressional Republicans. So did the media. A repeat in 2011 would delight Democrats, assuming that once again Republicans get the blame. Pretty cynical, but Democrats are desperate after the clobbering they took in the election this past November.

By the way, the president's own debt commission delivered its recommendation in December. It favored $4 trillion in spending cuts over 10 years. That includes cuts in Medicare, Medicaid, and Social Security, mandatory spending programs that Obama doesn't touch.