Accessibility links
Love Doesn't Have To Hurt A controversial Super Bowl ad featuring a black woman attacking her male companion continues to stir debate. In her weekly commentary, host Michel Martin asks why acts of domestic violence, as seen in the ad, are considered funny — and wonders what children take away from such commercials. 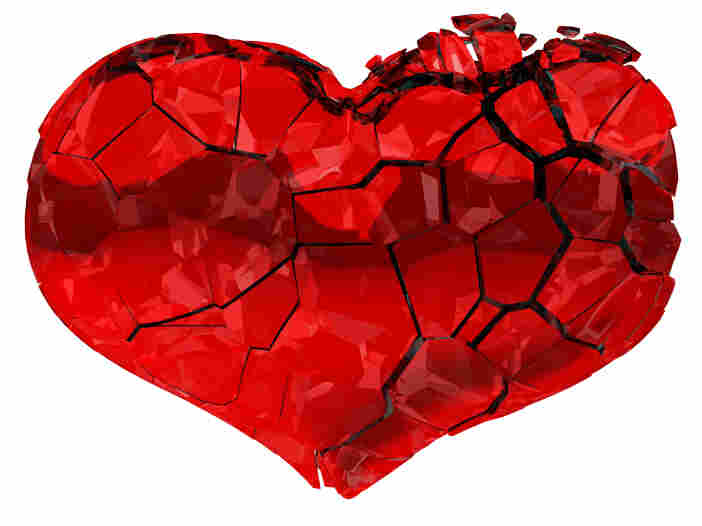 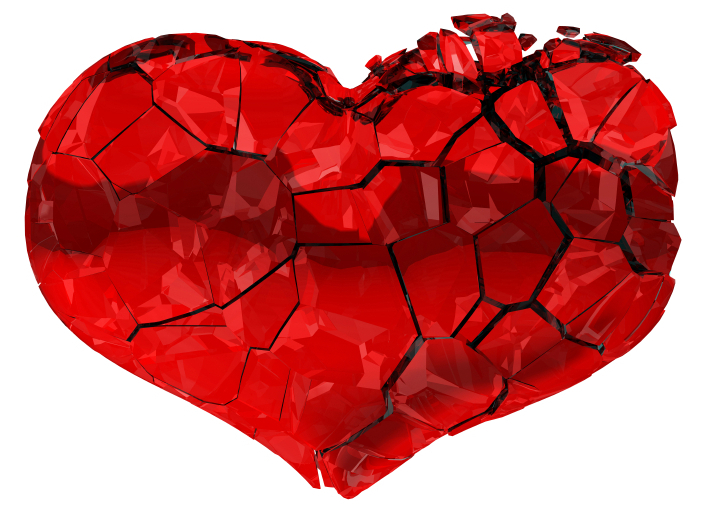 It is Valentine's Day, a day when we celebrate love. And even with all that is going on in the world, I think it's important to take a moment to think about our intimate relationships and what we want them to be.

So, take a minute, if you will, to imagine that you are at a restaurant and you see a man and a woman and she orders, say, french fries instead of a fruit plate … and the man kicks her under the table — so loud, you can hear it.

Do you think that's funny?

Or, let's say you are at a couple's house and the woman of the house tries to tuck into a bit of lemon meringue pie or a burger … and her partner shoves her face into the pie, or takes the burger and shoves a bar of soap into her mouth.

Do you laugh? Or, do you restrain him and call the police?

I hope you call the police or, at the very least, that couple's minister, because what you just saw is called domestic violence.

And it isn't funny.

So why is it funny when it's a woman battering a man and regulating his food? And, for the coup de grace, hurling a soda can at him because some random woman smiles at him as she sits down next to them on a park bench?

An African-American couple quarrels in a recent Super Bowl ad.

You know what I'm talking about, right? What I just described is the scenario for that Pepsi Max commercial that aired during the Super Bowl.

Now, many of the media writers and bloggers whom I follow seem to find it hilarious, but maybe that's because they've never been to a battered women's shelter, which is filled with women who have actually had men (who supposedly love them) shove their faces into food and hit and kick them over nonsense, like what they wanted to eat.

And here is a news flash: The fact that the commercial shows a woman kicking and abusing a man does not make it OK.

And don't get me started on the race factor — the couple in the ad is African-American and dark skinned, at that, and the unfortunate bystander who gets beaned with the Pepsi can, a petite blond woman. Here we go again — that tired stereotype — the castrating black woman; the weak black man; the ultimate object of desire and envy, the petite blond.

Excuse me while I throw up.

I know there are people who want to tell me it's just a commercial and why are you bringing race into it, and blah blah blah.

But can I just tell you? I am not the one who brought race into it. I can tell you, because I have filmed commercials, that nothing about a commercial is random. Every single aspect — the hair, the clothes, the mix of people, is considered and debated and chewed over. So whoever dreamed up that commercial — and the Pepsico press release tells us it was a 28-year-old man from Kansas City named Brad Bosley — decided that a black woman needed to be the one to issue a beat down to her man to keep him under control.

Another Pepsi Max ad features a white couple and their inner thoughts.

Now let's compare this with the other Pepsi Max commercial shown during the Super Bowl, which featured a white couple. The woman is dreamily looking at her date, wondering if he wants kids and is nice to his mom. And the man is gazing at her wondering when he can get into her pants. But there's no physical violence.

And, mind you, Pepsico is the same company that brought us, during last year's Super Bowl, a commercial that featured a little black boy slapping the face of a grown man who was checking out his mom's butt.

I know, I know, TV shouldn't be that important. TV isn't a baby sitter, let alone a parent. But this is the Super Bowl, for heaven's sake — the most-watched TV event of the year. Moreover, commercials are aspirational; they are telling us not just who we are but what we should aspire to. And kids, as we know, watch everything we do. And many kids — and not just black kids — are being raised in homes with no consistent image of what a healthy, intimate relationship looks like. So they're looking everywhere for clues about what relationships are and should be.

This is what we're telling them?

I guess I just have to conclude that this is what Pepsi thinks of black people — they (we) are people who just can't keep their hands to themselves. So please don't be shocked if I just manage to keep my hands to myself when I pass that aisle in the grocery store.

That commercial, by the way, is called Love Hurts. Can I just tell you one more time ... no, it doesn't.