Accessibility links
Afghan Army Gets Training In Reading And Writing The Obama administration plans to start transferring control of parts of Afghanistan to the country's military this year. After enduring 30 years of war, most Afghan men know how to handle a rifle. But for the same reason, many of them are illiterate. As one 40-year-old soldier says, he "was ashamed" not to be able to write his own name. 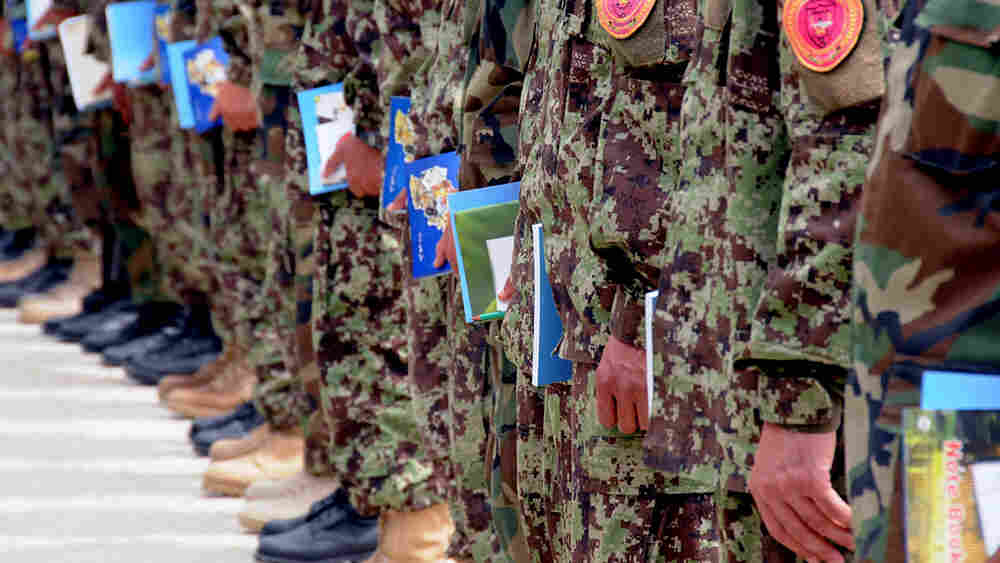 NATO officials say they're hitting their recruiting goals for the Afghan army and police. This is great news for the Obama administration, which plans this year to begin transferring control of parts of the country to Afghan forces.

After 30 years of war, most Afghan men know how to handle a rifle. For the same reason, most of them can't read. 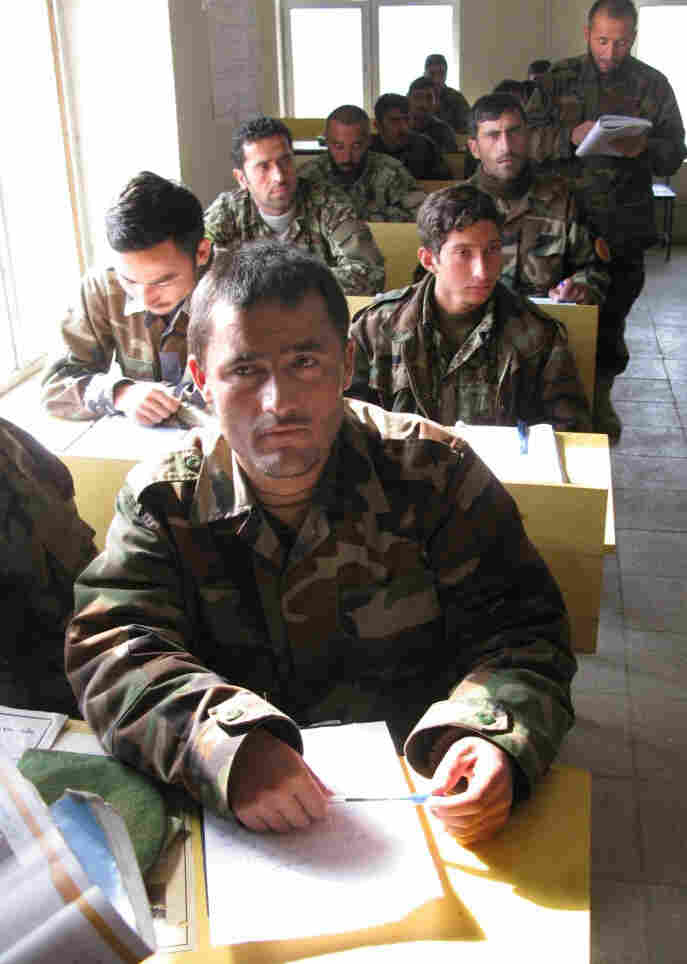 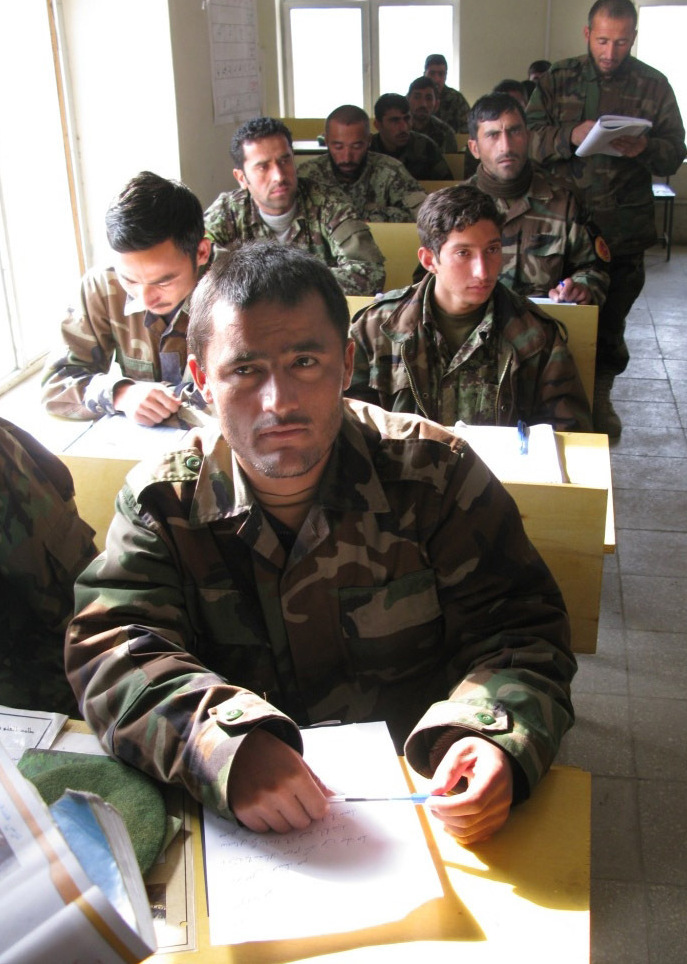 Soldiers in the Afghan army take turns reading basic sentences aloud in class. Officials say literacy courses provide essential skills and may cut down on corruption. An estimated 70 percent to 90 percent of Afghan soldiers and police are illiterate.

"When I joined the army, I couldn't write my own name or read someone else's — I was ashamed," says Baz Muhammad, a 40-year-old father of five from the northern province of Kunduz.

Muhammad says he spent his youth farming and fighting in the mountains, and never set foot in his town's tiny elementary school.

Muhammad is one of thousands of Afghan soldiers and policemen enrolled in a two-month basic literacy course that starts with reading numbers and the letters of the Persian alphabet. Despite estimates that 70 percent to 90 percent of Afghan soldiers and police can't read, it has taken years for international trainers to recognize the importance of the problem — and make it a priority.

"Can reading and writing be a life-and-death matter?" British Army Maj. Jeremy Burnan asked rhetorically before an audience of Afghan and NATO officials at a recent conference in Kabul. "I can count my ammunition. That's life and death. I can read my commander's orders, or I can account for my equipment –- that could be life and death, couldn't it?"

Burnan carries the unbellicose title of "chief of literacy" for the NATO training mission.

The new skills figure even more prominently in the work of the police, who must read identity documents and record license-plate numbers at security checkpoints. The goal of an evidence-based justice system in Afghanistan will remain out of reach until the policemen can at least write up a report at a crime scene.

The men, rugged-looking and some of them with flecks of gray in their beards, look daunted but determined as they take turns standing up before the class to read basic sentences off the blackboard. The teacher encourages a round of applause each time a soldier conquers the equivalent of "see Spot run."

"I've been in the army for five years, and until this week I couldn't read a thing," says Ismail, 25, from eastern Laghman province.

Ismail, who goes by only one name, is a sergeant now, and he needs to read and write duty rosters. He also will be able to properly count his pay, which gets at one of the knock-on effects of an educated force — it may cut down on some common forms of corruption.

It may be harder for crooked officials to skim from the salaries of illiterate troops, or fill rosters with "ghosts" — false names that allow them to collect extra salaries. Because of that, one Western consultant, Joe Lindsey of OT Training Solutions, admitted that he had encountered resistance from some officers to the idea of having universal literacy in the ranks.

For his part, Ismail says he hopes to go home to his village after a few more years in the army, and perhaps open a shop there with his new skills.

In fact, though NATO trainers don't emphasize it, the literacy courses are having another side effect: It appears that some Afghans are joining the army just so they can get a basic education.