Accessibility links
PJ Harvey: The Fresh Air Interview British singer-songwriter PJ Harvey watched hours of war footage before writing the songs for her eighth album, Let England Shake. Here, she describes how she translated what she saw into a mournful elegy about the bitter brutality of combat. 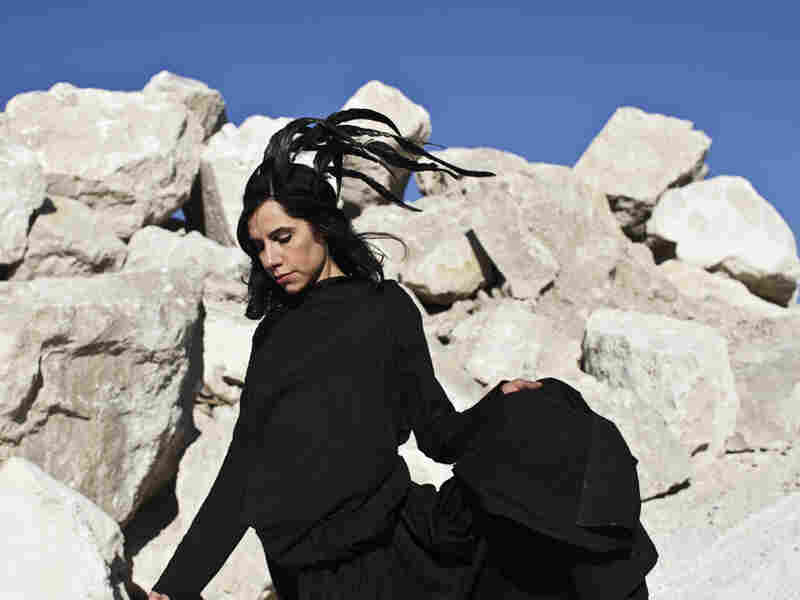 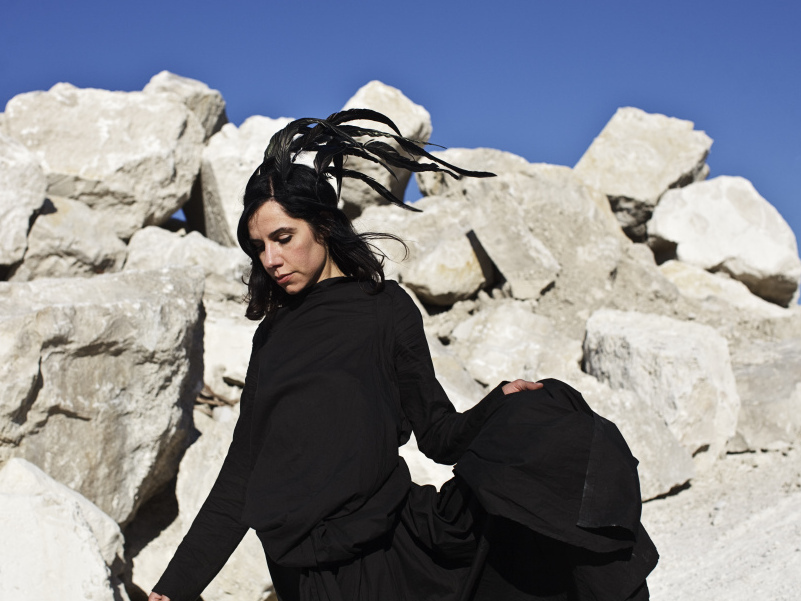 The album's topics are brutal and bitter. Soldiers, landscapes and limbs are yanked apart, "falling like lumps of meat / blown and shot out beyond belief / arms and legs in the trees." In "All and Everyone," death permeates everything — the air, the sounds "coming off the mounds," even "the laughter and drinking water."

Harvey immersed herself in firsthand accounts of war to prepare for the album, watching hours of video clips and film footage of battle scenes and soldiers' recollections. She then translated what she saw.

"I tried to use words that were dealing with the emotional quality that any human being could recognize in the way that they felt about their country," Harvey tells Fresh Air host Terry Gross. "It's to do with the world we live in. That world is a brutal one and full of war. It's also full of many wonderful things and love and hope. And I tried to offset the brutal language with very beautiful music."

It took Harvey 18 months to compose the music for Let England Shake, a process she undertook only after writing all the lyrics. Many of the songs feature the autoharp, an instrument she began playing only four years ago while touring for her album White Chalk. 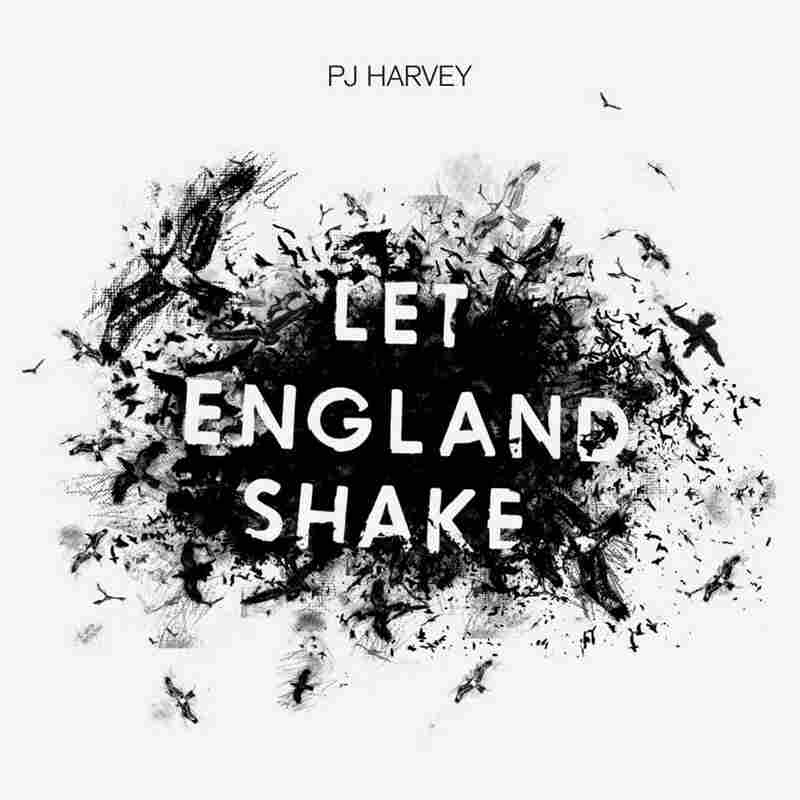 "In order to make my solo shows as interesting as possible, I moved songs onto very different instruments so that I was moving instruments quite a lot during the set," she says. "I didn't want the set to be boring. So I'd moved some older songs onto the autoharp, and they worked really well. ... So when I came to put music to the words for this record, it was the first instrument I wanted to lean towards, and it worked extremely well. It's a very melodic, very beautiful and quite indefinable instrument. It's almost as if you have an entire orchestra at your fingertips."

PJ Harvey was named Rolling Stone's Best New Artist in 1992. In the 1995 Rolling Stone critics' poll, she was named Artist of the Year. Her fifth CD, Stories From the City, Stories From the Sea, won her and her two bandmates England's Mercury Prize in 2001. She has also worked on soundtracks for several films, and played Mary Magdalene in the 1998 Hal Hartley movie The Book of Life.

On Her Parents' Record Collection

"My mother and father are very involved with music. It's completely part of their soul. They have an incredible record collection, all vinyl, of some of the best artists, in my eyes, that you can come across. People like Howlin' Wolf, Bob Dylan, The Rolling Stones, John Lee Hooker, Nina Simone, Captain Beefheart — all of these artists were what I grew up listening to every day of my life. And there's a very healthy music scene in the west country of England, where I grew up. Many people, not just my mother and father, were involved in bringing a lot of bands to play in our local areas, and often they would be bands staying at my house. Every weekend, there was live weekend to go and see."

"I was a visual artist primarily and a writer, even from a very young age. I wrote a lot of stories and poetry and ... I had a desire to create always. And I always had a desire to show my work. I'd want to read the stories that I'd written, I'd want to show the drawings that I made. That was just purely natural. So I knew I wanted to go into the arts in some way and that I'd want to show that work in some way. That's all I knew. I didn't know what territory specifically it'd be in — whether I'd be writing or acting or singing or drawing. As I grew older, I actually was prepared to go into fine arts school and do a degree. That was what I was actually settled upon when I was offered a record deal."