Accessibility links
The New Detroit: From Robot Clothes To Luxe Jeans Michigan is encouraging companies to look beyond the auto industry to help the state thrive. So one supplier who specializes in making protective cloth coverings for the robots used in auto plants is expanding into the fashion world — producing blue jeans inspired by the Motor City. 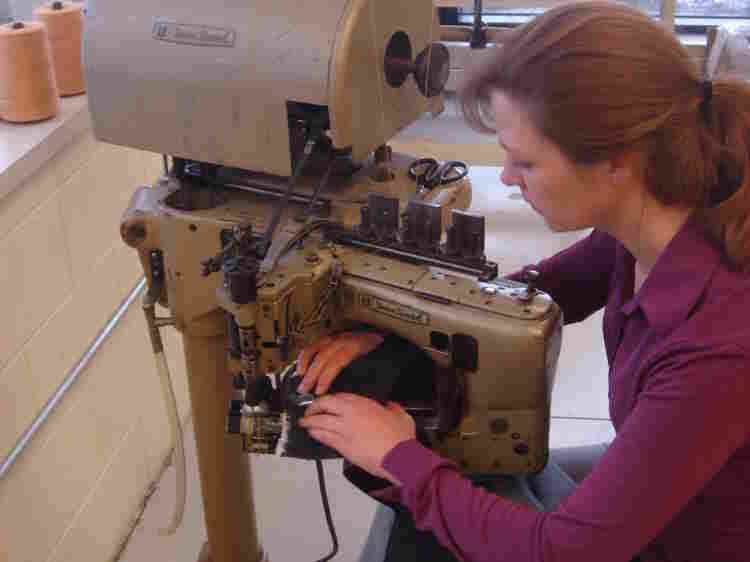 Yelena Gaziyan has worked at TD Industrial Coverings for more than seven years and is now the work leader for sewing jeans. Courtesy of Motor City Denim hide caption 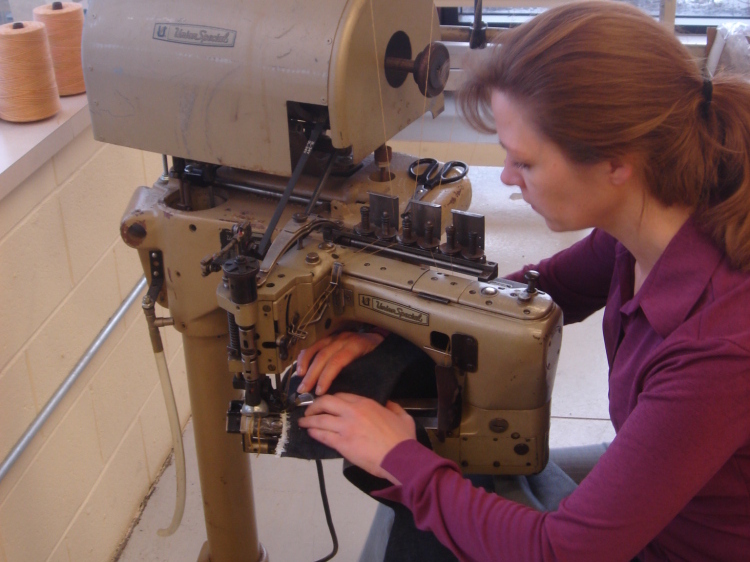 Yelena Gaziyan has worked at TD Industrial Coverings for more than seven years and is now the work leader for sewing jeans.

Detroit is struggling to revive its once-dominant auto industry. But if one businessman has his way, the Motor City could soon be known for a different kind of sleek line — fashionable blue jeans, made with the same technology used to clothe robots.

This tale of transformation begins with Mark D'Andreta, a tailor's son who runs a company that for years has fed off the auto industry. TD Industrial Coverings makes protective "clothing" for the robots that are used to make cars.

Apparently robots, like humans, have delicate parts. The machines need to keep the oil, dust and grime away in order to function properly.

Until recently, 95 percent of D'Andreta's robot-clothing business was in the automotive arena. But then the car business crashed and he had to slash his workforce by 100 people, to just 30.

"It almost took us out completely," D'Andreta says. "So, we made the decision that we needed to reach out to take what we do really well and map it outside of automotive."

The company's strength is that it can make patterns and prototypes for garments very quickly. And D'Andreta has a love for fashion — his father, who started the company more than 25 years ago, had been the chief tailor at a department store in Detroit. So, D'Andreta began thinking about making clothes for people, too.

A Partner From 'Project Runway'

D'Andreta needed a partner to help translate robot fashion into fashion for people. So, he turned to Joe Faris, a former contestant on Project Runway, the cable TV fashion design competition. 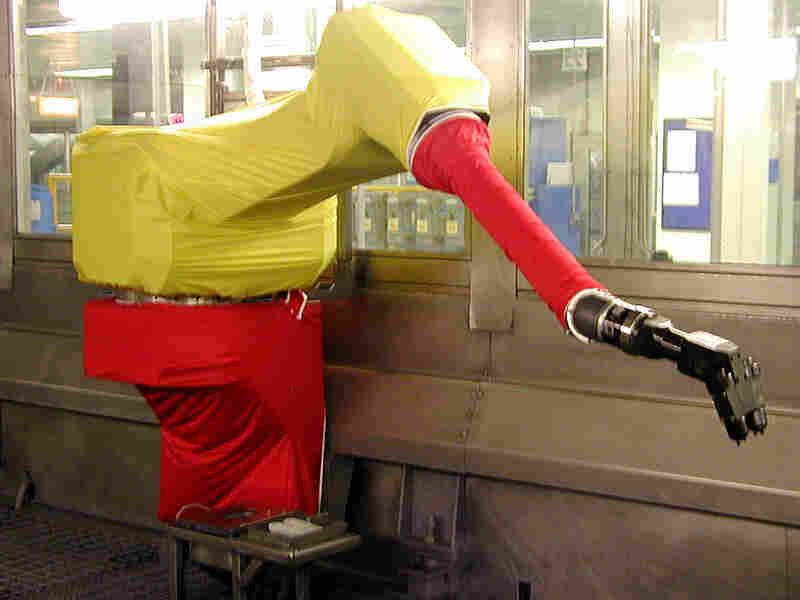 Faris was looking for a place in his hometown of Detroit to make the clothes he loves — blue jeans. So, he and D'Andreta joined forces and established Motor City Denim Co.

"The jean captures what Detroit is," Faris says. "We can dress up the jean all we want, but there is a production element of it. And that's where I felt like we could do this here."

At the factory where TD Industrial Coverings makes robot clothes, workers are making stiff, dark blue dress jeans inspired by the Motor City. The jeans will go on sale in March for $150 a pair at retail stores.

Faris says Detroit has the design, engineers and production expertise to make it a fashion capital.

D'Andreta says he's hoping to attract other designers with ideas. He hopes he can provide them with a space and the facilities to make all sorts of garments on large and small scales.

He says he'll still make robot clothes. But D'Andreta hopes people fashion will account for 50 percent of TD Industrial Coverings' business in five years. That way, if the auto industry falls again, he'll have another leg to stand on.