Accessibility links
Obama: U.S. Is 'On Right Side Of History' In Mideast President Obama on Tuesday offered cautious support for the pro-democracy demonstrations unfolding in Bahrain, Iran and Yemen and defended the U.S. response to protests in Egypt. The administration appears to be trying to place itself on the side of those in the streets.

Obama: U.S. Is 'On Right Side Of History' In Mideast

Obama: U.S. Is 'On Right Side Of History' In Mideast 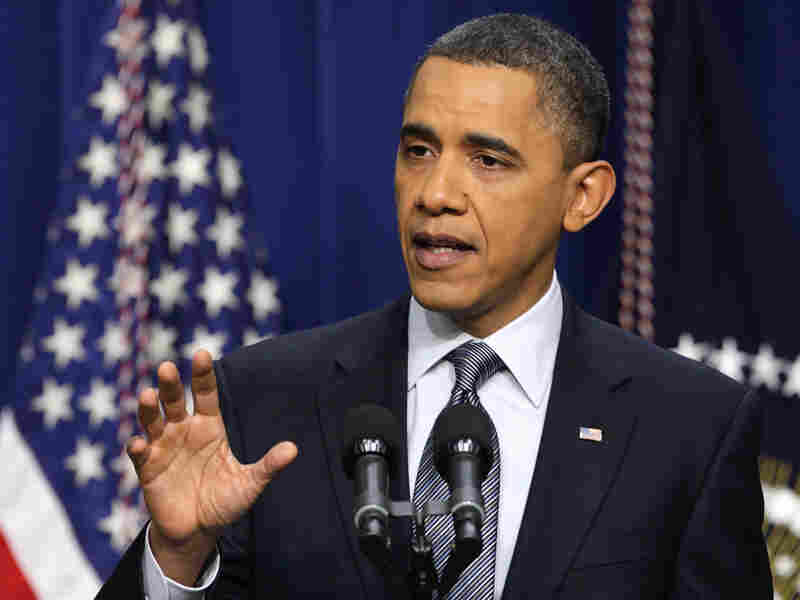 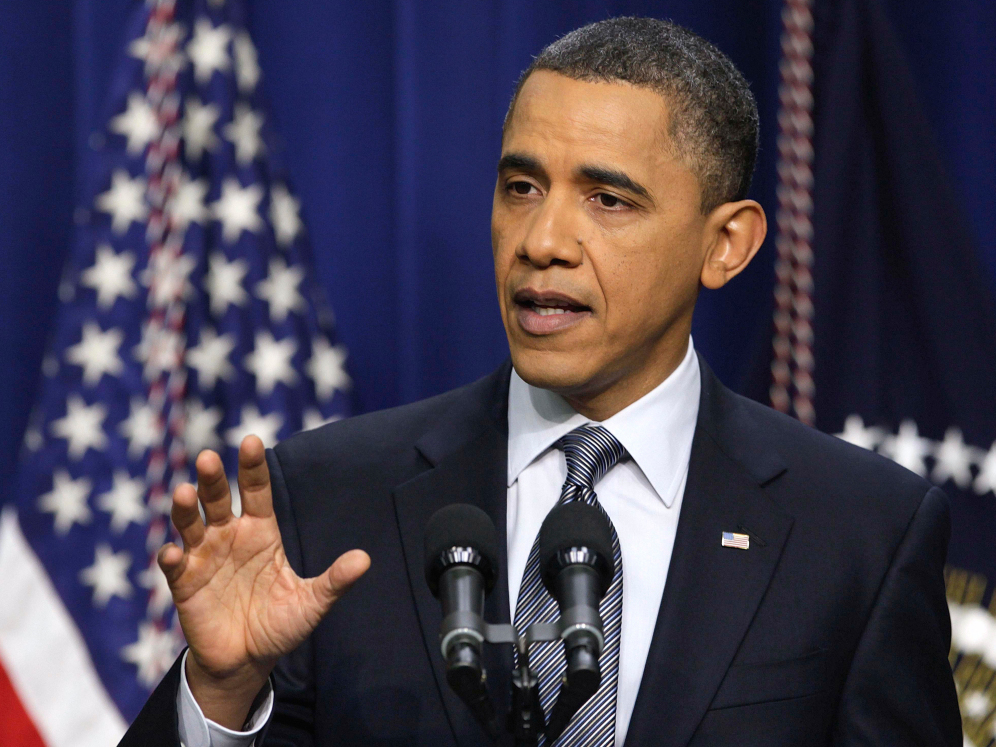 President Obama on Tuesday offered cautious support for the pro-democracy demonstrations unfolding in Bahrain, Iran and Yemen, warning the governments there not to seek to silence their citizens through force.

"The world is changing," Obama said. "You can't maintain power through coercion." That's especially true in a world where people can communicate by smart phones and Twitter, he said.

During a wide-ranging, hourlong press conference, the president also stoutly defended the U.S. response to protests in Egypt that forced President Hosni Mubarak from power last Friday. Critics have faulted the U.S. for being too cautious in offering support to protesters in Cairo. The administration now appears to be placing itself on the side of those in the streets.

More From The Press Conference

"History will end up recording that at every juncture in the situation in Egypt, that we were on the right side of history," Obama said. "What we didn't do is pretend that we could dictate the outcome in Egypt, because we can't.

"It was very important for this to remain an Egyptian event, that the United States did not become the issue," he said, asserting that the White House sent a clear, consistent message throughout the crisis.

"At each juncture," he said, "I think we calibrated just about right."

In Support Of Internet Freedoms

In a speech that immediately followed the president's meeting with the press, Secretary of State Hillary Clinton likewise addressed the power of communications technology, specifically referring to the Internet as a tool for both liberation and repression.

"The Internet isn't good or bad," Clinton said. "It is both. It is neither."

"We are convinced that an open Internet fosters long-term peace, progress and prosperity," she said.

The reverse, she said, is also true.

A closed or government-blocked Internet, "where speech is censored or punished and privacy does not exist," cuts off opportunities for peace and progress, she said.

History will end up recording that at every juncture in the situation in Egypt, that we were on the right side of history.

In their comments, both Clinton and Obama specifically addressed the situation in Iran, where officials have blocked access to many Internet sites. Iranian leaders have called for the murder of opposition leaders, and protesters there have been killed.

Iran, Obama said, can't celebrate events in Egypt while "gunning down protesters" who are peacefully challenging their government.

He offered what he characterized as "moral support" to protesters in Iran, while repeatedly stressing that America "can't dictate" the path in the volatile region.

"Ultimately," he said, "these are sovereign countries."

Over the past month, the administration's statements on Egypt attempted to walk a line — supporting democracy without throwing an American ally under the bus.

As a result, the message often sounded muddled, as though officials had been writing a playbook on the fly.

In January, Clinton pronounced the situation in Cairo as "stable." Two days later, Vice President Biden told PBS that he would not refer to then-Egyptian President Hosni Mubarak as a dictator.

After those high-level American assurances, Mubarak outraged his people by promising to remain in office until September — a plan that Obama did not immediately reject.

After Mubarak finally left, Obama on Friday made his most unequivocal statement to date, saying: "Egyptians have made it clear that nothing less than genuine democracy will carry the day."

Over the weekend, as police fired tear gas at marchers in Bahrain, where the U.S. has a major Navy facility, and demonstrators in Yemen and Iran began calling for regime change, the White House released a flurry of written statements. One described Obama's conversations with world leaders during which he "emphasized his conviction that "democracy will bring more, not less, stability to the region." Another quoted national security adviser Tom Donilon criticizing Iran for cracking down on protesters.

Michelle Dunne, a Mideast specialist at the Carnegie Endowment for International Peace, says that the American government is embracing the "idea of change and reform in this region in a way they really have not up until now."

America missed that opportunity in 2009, when Iran's revolution fizzled, say experts like Dunne. And even during the recent revolt in Tunisia, Obama limited comments on that situation to one sentence in his Jan. 25 State of the Union address.

The administration's new stance — though belated, in the eyes of some analysts — appears a public effort to side with demonstrators embracing the values that Obama so often espouses.

"Together, the freedoms of expression, assembly, and association online comprise what I have called the freedom to connect," Clinton said in her speech. "The United States supports this freedom for people everywhere, and we have called on other nations to do the same."

'An Oportunity As Well As A Challenge'

The president, in response to a question about how recent events will affect the Middle East peace process, in which Mubarak was a key player, acknowledged the altered terrain.

"It offers an opportunity as well as a challenge," Obama said.

The opportunity? The emergence of the young democracy-seekers in Egypt — who have "hope and opportunity" — may suggest a less anti-Israel, anti-Western sentiment going forward.

The challenge? "Democracy is messy," he said. "You don't just have one person you're negotiating with."

The great uncertainty is who those new players will be, and how the new order will emerge in Egypt — and what that means for the U.S., not only in terms of oil and military strategy but also in terms of support for a budding democracy.

"Obviously," Obama said, "there is still a lot of work to be done in Egypt itself, but what we've seen so far is positive."