Accessibility links
You're A Mean One, Mr. Owner Most sports owners have succeeded in running some other business and they're sports fans, so that inclines them to think that makes them smart about sports. Frank Deford wants to disabuse them of that notion. 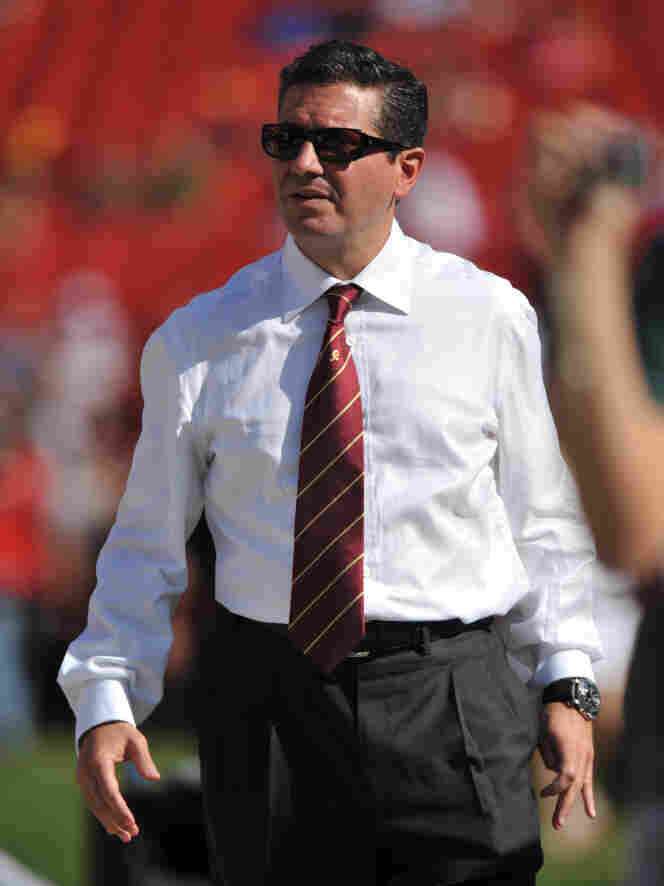 Owner Daniel Snyder of the Washington Redskins walks the sidelines before a game against the Houston Texans. Larry French/Getty Images hide caption 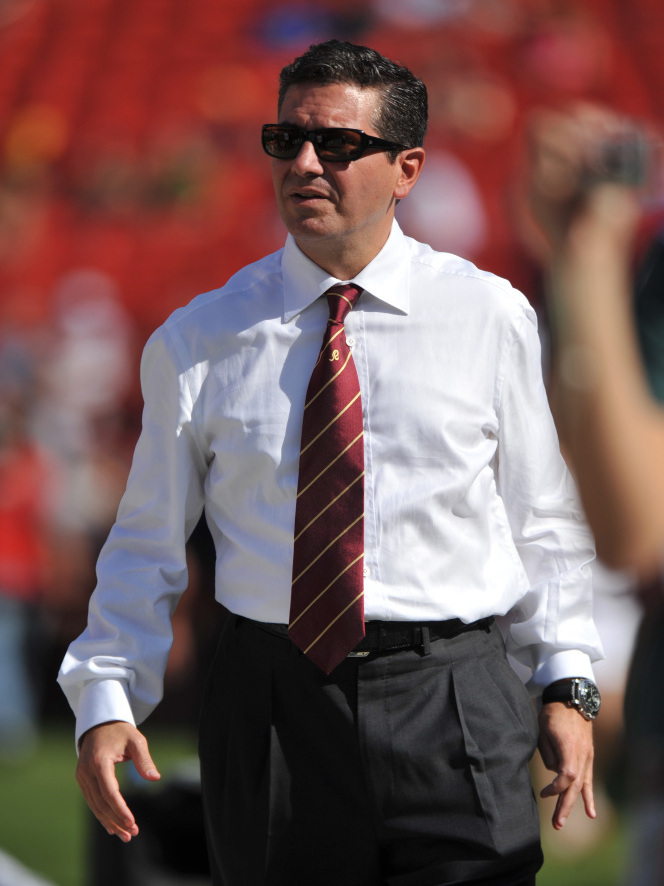 Owner Daniel Snyder of the Washington Redskins walks the sidelines before a game against the Houston Texans.

'Tis the season of the owner. Forget players. Owners are all the rage in sports. They're threatening to close down the National Football League and the National Basketball Association.

In Washington, they're threatening the First Amendment. In New York, the Mets' owners are accused of being in cahoots with Bernie Madoff's Ponzi scheme. In Los Angeles, they're even making a fine mess of the Dodgers by getting divorced. I can't recall the last time owners made the tabloids getting divorced.

And, incredibly, owners are doing all this without George Steinbrenner being able to contribute a whit to the goings-on.

Of course, when you think about it, sports is about the last place where a real rich man can be an owner. Owner — the ultimate plutocrat. Oh sure, Warren Buffett and Bill Gates and the various Saudis and Russian oligarchs can be chairmen and CEOs and majority stockholders. They can be moguls and magnates, but where else in the big time do people still call you an owner except in sports?

To be sure, there have always been some enduring family franchises — the Pittsburgh Rooneys being the sweet prototype invariably cited — and there have been benevolent citizens who have, essentially, bought a franchise as a civic responsibility. Ewing Kauffman, Jerry Hoffberger, Larry Miller. But in an imperfect world, businessmen buy sports teams for the two Es: equity and ego. Only not usually in that order.

The poor unknown putative owners. You make a fortune, you buy mansions and yachts, and still nobody knows you from the guy who runs a tire store and sells bargain radials himself on local television.

The trouble with sports owners, forever, is that they've succeeded in running some other business and they're sports fans, so that inclines them to think that makes them smart about sports.

The trouble with sports owners, forever, is that they've succeeded in running some other business and they're sports fans, so that inclines them to think that makes them smart about sports. No, that just makes them dumb fans with money. The best owners delegate. The ideal ones recuse.

Daniel Snyder of the Washington Redskins doesn't understand the deal he made with the devil that becoming an owner can make you famous, but it can also make you look foolish. He is actually suing a Washington newspaper for daring to criticize him for running a rotten team. Excuse me, where do I go to get on the long line that criticizes Snyder for being a bad owner?

But then, Snyder is making oodles of money, and he and the other NFL owners are so greedy that they want their players, their fat fungible assets, to play two more concussion-filled games every season. Baseball owners were once caught colluding. Can we bring a class-action suit against the NFL owners for cruel and unusual punishment?

Did you see the Westminster Kennel Club championship Tuesday night? I like those owners. They're content just owning dogs. They're happy to just pet their franchise.