Accessibility links
Egypt's Youth Groups Struggle To Find One Voice New divisions are emerging both within and among the youth movements that fought to topple Hosni Mubarak. While the military remains firmly in charge, the groups that participated in the revolution have a new challenge to find a central leadership. 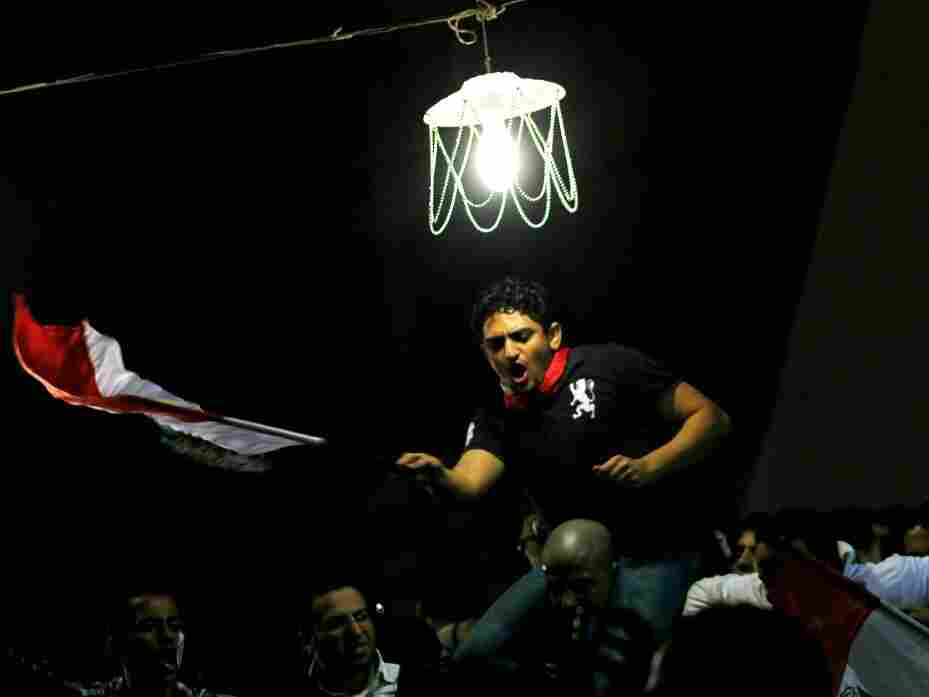 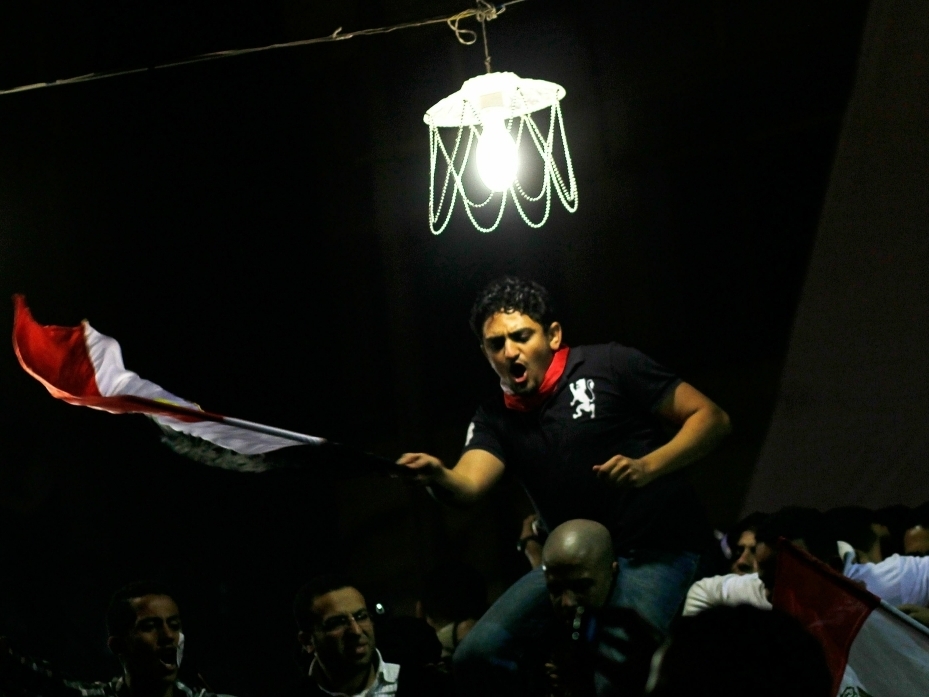 While the military remains firmly in charge in Egypt, new divisions are emerging both within and among the youth movements that fought to topple strongman Hosni Mubarak.

Ahmed Nazmi, a professional basketball player, is sitting around a table with about 15 young people in an outdoor garden of an upscale hotel in Cairo. They are meeting to try to form some sort of organization — what kind exactly they aren't sure.

This is the third such gathering Nazmi has attended Tuesday. He doesn't know most of the other people at the table.

"It's a very quick dynamic; I don't have time to sleep," he says. "You almost feel you need to grow because of all the energy inside that's being channeled around."

In cafes and living rooms all around Egypt, meetings like this one are taking place — young people trying to translate their newly discovered sense of empowerment into something tangible.

There is no doubt that Egypt's youth have found a voice in this revolution, but beyond certain principles, it's unclear what they are saying.

Nazmi has formed his own group of about 40 people, called Miki after a popular comic book they read as teenagers. Beyond that the only thing that binds them is a sense they want to help make Egypt "a better place," he says.

Divisions are fast emerging as longtime political activists are also struggling to find their place in the new Egyptian order.

The military has chosen to negotiate with a loose association of youth groups that include Google executive Wael Ghonim and Ahmed Maher, co-founder of the April 6 movement, making many people unhappy and suspicious.

"Ahmed Maher and those guys don't talk on behalf on anyone," says Ahmed Salah, the other founder of the April 6 movement, which ejected Mubarak from power. "They have tried to jump on and take credit for something they didn't have much part of."

Salah, who was hit in the head with a rubber bullet, beaten and jailed during the protests, accuses those who are negotiating with the military of hijacking the revolution for their own benefit and of being too soft on the junta that now controls the country.

"I can't accept that somebody [who thinks] they are too important to go down to the streets are pretending to be leaders ... this is unbelievable," he says. "The real people who have taken part in this revolution must be represented."

The difference in over how to move forward manifests itself in almost every interview with key youth leaders.

Some supported the ongoing workers' strikes, others did not. Some wanted elections immediately; others wanted a transitional government in place for several years to allow for political parties to emerge. Some were suspicious of the military; others were more accepting of its role.

"Self-organization is the challenge now," says blogger Gigi Ibrahim, 24. "How we self-organize and how we coordinate with each other without too much disagreement."

Ibrahim, a member of the Revolutionary Socialists, and other youth leaders are trying to form an umbrella organization to more broadly represent the goals of the young people who flocked to Tahrir Square.

"This is where the hard work starts, because you have 30 years of absence of political life and now all of a sudden you want to build democracy," Ibrahim says, laughing.

There is no doubt, though, that the landscape in Egypt has changed forever.

Maher was picked up in a chauffeured car this week and driven to the Mukhabarat, or secret police, building for the meeting with the military council. He was wearing jeans, chewing gum, smoking a cigarette and carrying a can of Coke. It was surreal, he says.

Maher tells NPR the military junta treated him as an equal. He says that he understands that he doesn't represent everyone who participated in the protests, but for the first time, Egypt's youth — at least some of them — now have a seat at the table.