Accessibility links
Number Of Newborns Addicted To Painkillers Rising With the abuse of prescription painkillers on the rise, doctors are now seeing an even more worrisome trend: the number of babies born addicted to painkillers, which has more than doubled in the past few years. Since this trend is so new, doctors are unsure what the future holds for these babies. 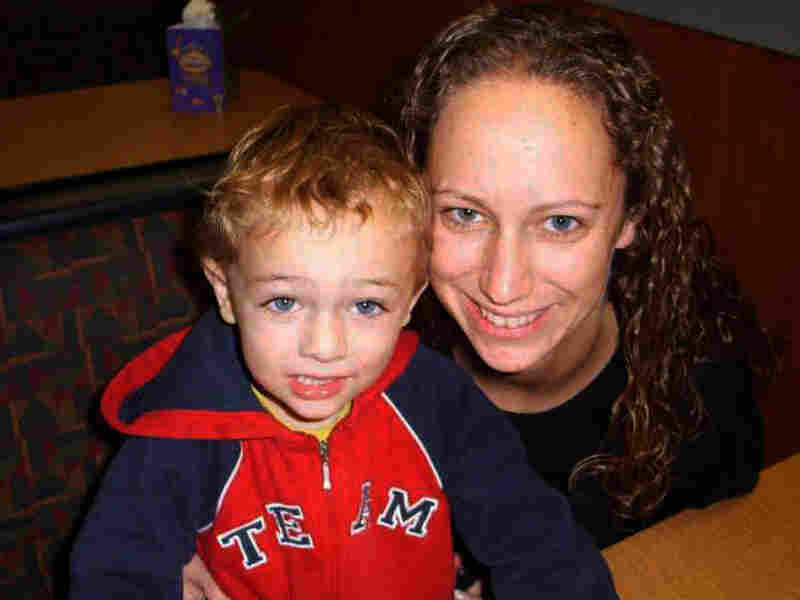 Danielle Rose has dinner at a Sarasota Chick-fil-A restaurant with her son, Devin Allan. Devin was born Feb. 28, 2008, and went through withdrawal because Rose was addicted to prescription painkillers during her pregnancy. Dalia Colón/WUSF hide caption 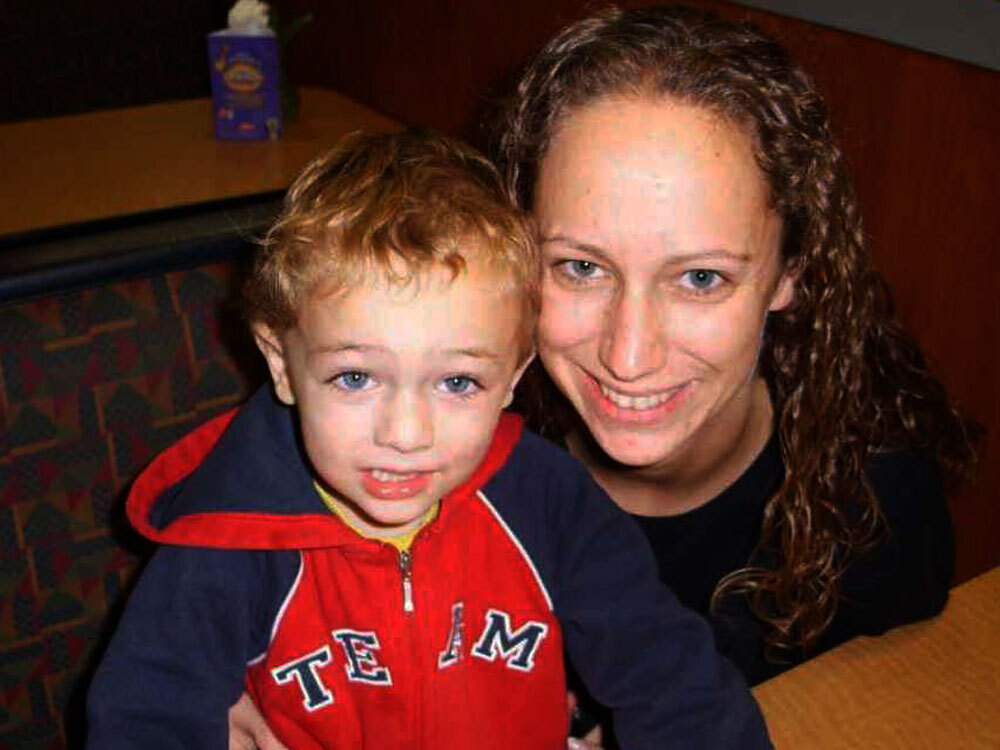 Danielle Rose has dinner at a Sarasota Chick-fil-A restaurant with her son, Devin Allan. Devin was born Feb. 28, 2008, and went through withdrawal because Rose was addicted to prescription painkillers during her pregnancy.

Two-year-old Devin Allan likes going to the fast-food restaurant Chick-fil-A with his mother, Danielle Rose, and pretending his container of barbecue sauce is a car.

Looking at Devin, you'd have no idea his mother was addicted to prescription painkillers when she discovered she was pregnant.

"Being a drug addict, you'd think you'd be on birth control," she says. "Birth control costs money, and I had to pay for other things more important, like pills."

When Rose was seven months pregnant, her sister urged her to get help. Rose finally found a methadone treatment clinic that would accept a pregnant woman.

Because so many don't, neonatal intensive care units like the one at Tampa General Hospital are seeing more babies with problems — in fact, the number of babies addicted to prescription painkillers has more than doubled in the past few years.

According to Dr. Terri Ashmeade, there are usually about 30 newborns in the hospital's unit, and out of those, at least three of them are withdrawing from prescription painkillers. This was rare 10 years ago.

Read More Of HealthyState.org's Reporting On This Issue

"It was something that, you know, you kind of ran to the books and said, 'OK, what's the best treatment for that?' and looked it up," Ashmeade says. "Now, hospitals have guidelines and protocols, and they're using them frequently because this is something that you're seeing literally every day."

Nationwide, from 2003 to 2008, the number of babies diagnosed with newborn withdrawal syndrome more than doubled to almost 12,000, according to a survey by the federal Agency for Healthcare Research and Quality.

In Florida, the trend is even more pronounced. In the past five years, the number of babies treated for withdrawal tripled while the total number of births in Florida actually declined.

They have feeding problems, they have vomiting, they have diarrhea, they have muscle stiffness and tremors. They cry inconsolably. And in the worst-case scenarios, they have seizures.

The American Academy of Pediatrics is concerned about the trend. Vincent Smith, a Harvard University neonatologist who advises the AAP, says: "It wasn't really tracked as well before. Now that people are becoming more aware of it, you're going to expect to see the numbers go up a little bit. What I suspect is that the numbers of kids who are going through withdrawal has gone up."

Devin was one of those kids. He was born on time and weighed 5 pounds, 5 ounces — a little less than average. Devin avoided the worst withdrawal symptoms because he was immediately put on methadone. But Ashmeade says other babies aren't so lucky.

"They have feeding problems, they have vomiting, they have diarrhea, they have muscle stiffness and tremors," she says. "They cry inconsolably. And in the worst-case scenarios, they have seizures."

When Rose took Devin home from the hospital, she had to give him the liquid medicine in a bottle for six months. 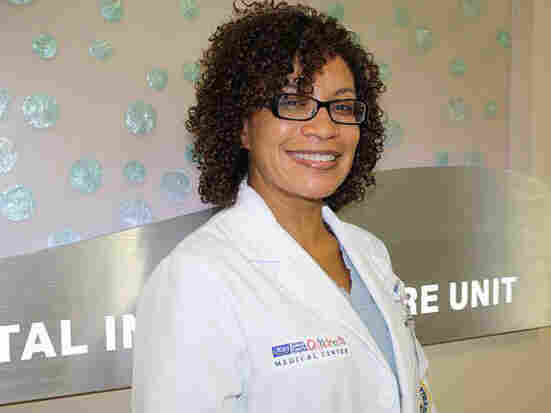 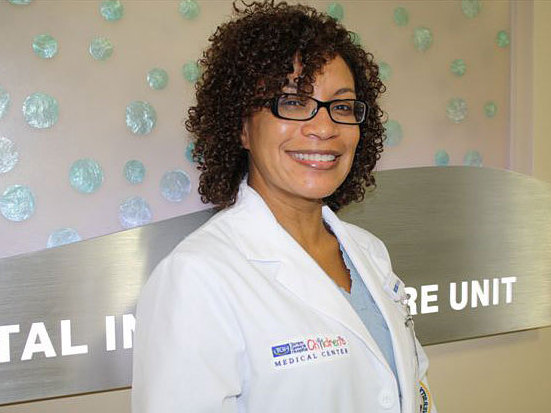 "I'd put a little bit of milk in it, just in the nipple, and then add the methadone so he couldn't really taste it. It doesn't taste like candy. It's gross, really gross," she says.

Three years later, Rose is training to be a counselor at the Christian-based treatment center that helped her.

Doctors who study this field aren't sure what the future holds for babies born addicted to painkillers. Dozens declined to be interviewed for this story, and no one claims to be an expert. Smith says the trend is just too new.

"I just don't think that right now there's one centralized, globalized place that's going to be tracking this," he says. "I think over time it will because it's becoming a bigger and bigger issue. I think in years past, it wasn't as big of an issue, but it's kind of hard to say, because, you know, we don't really have much data."

That leaves an increasing number of kids like Devin in limbo and doctors worrying about the future.

WUSF is part of HealthyState.org, which reports on health news in Florida.