Accessibility links
Tina Brown's Must-Reads: Style And Substance The Newsweek editor highlights a book and a pair of articles that turn on the intersection of style and substance — from the methods and motivation behind the AMC hit Mad Men to one man's attempt to bring reality television to Russian audiences. 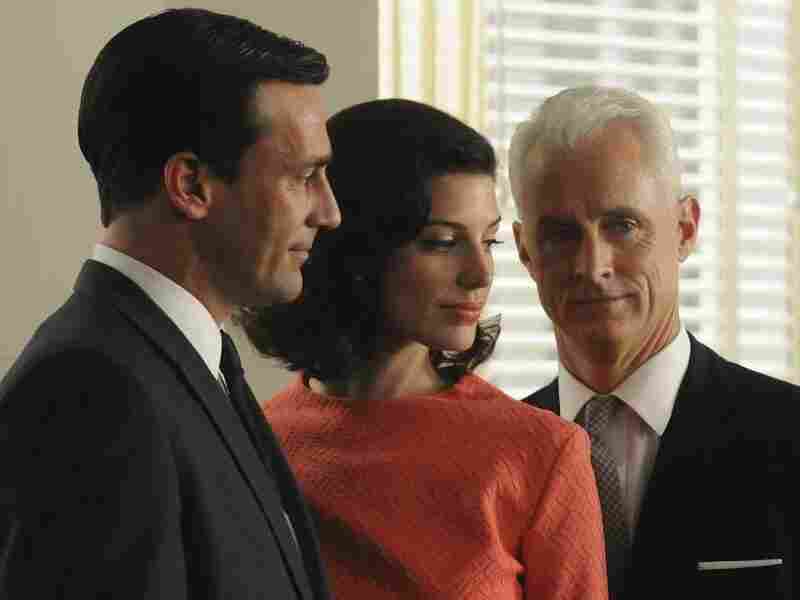 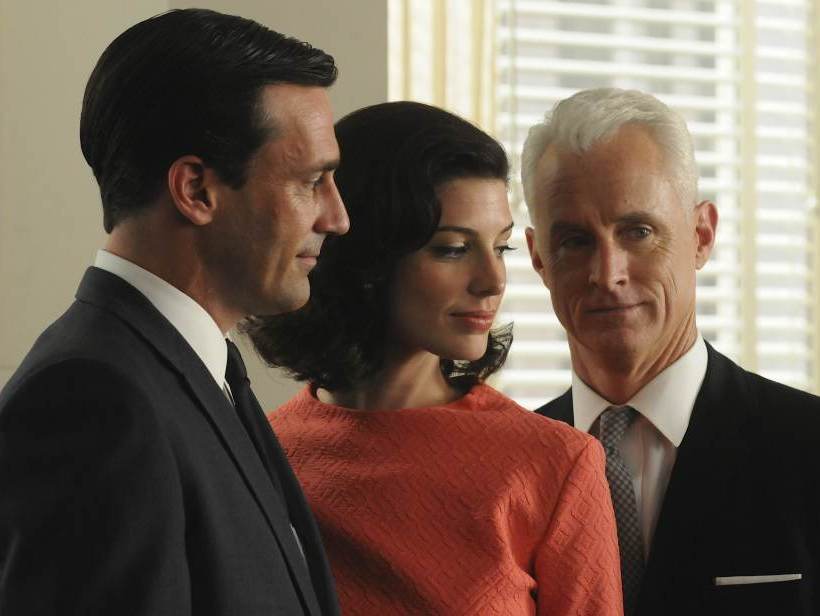 In his essay, cultural critic Daniel Mendelsohn suggests that Matthew Weiner's show Mad Men gets its emotional heft from its singular sense of perspective.

Tina Brown, editor of The Daily Beast and Newsweek, checks in again for the recommended-reading feature Morning Edition likes to call Word of Mouth.

This time, Brown points to a book and a pair of articles about the intersection of style and substance — examining topics from the methods and motivation behind the AMC hit Mad Men to the wardrobe-related statements of first lady Michelle Obama to, finally, one man's attempt to bring reality television to Russian audiences.

"At first it reads like a real slam — this guy takes this show apart," she says. "But then at the end he makes a very, very interesting point which comes around to a different kind of conclusion."

"The view of the people, the grownups in Mad Men, is that of a child," Brown says, summarizing Mendelsohn's analysis. "[Weiner] is looking at his parents' world in that slightly stereotypical way that children see their parents, and presents them in that slightly simple way that a child does."

That, as Brown illustrates with a passage from the essay, is Mendelsohn's argument about where the show's emotional heft comes from:

[I]t occurs to you that this is, after all, how the adult world often looks to children; whatever its blankness, that world, as re-created in the show, feels somehow real to those of us who were kids back then. As for the appeal: Who, after all, can resist the fantasy of seeing what your parents were like before you were born, or when you were still little — too little to understand what the deal was with them, something we can only do now, in hindsight? 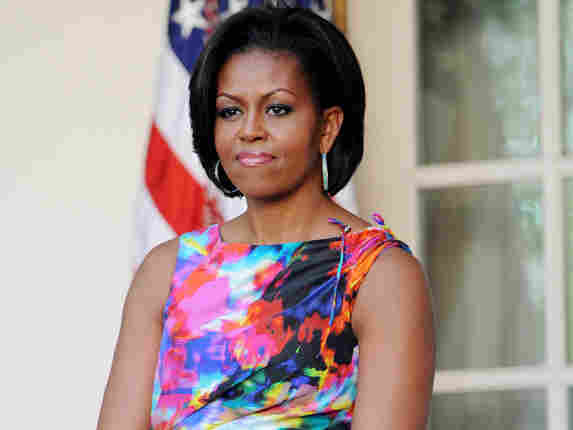 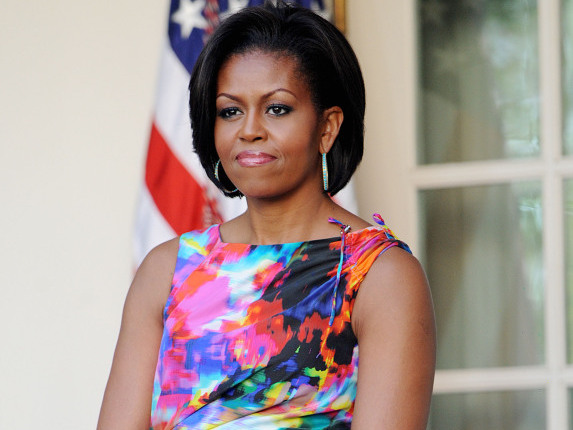 Kate Betts' new book about Michelle Obama's style explores how the first lady projects both power and a keen sense of fashion.

"[Betts] deconstructs the style of Michelle Obama," Brown says. "She talks about how first ladies have always used their clothes, really, to communicate to the nation in shorthand."

Obama, according to Betts, has blended style and substance with rare skill.

"Michelle Obama is the first lady who is at home in both camps," Brown says, quoting the book. "She's taking Hillary's intellect and dressing it in Jackie's pearls."

Bottom line: "She really has forged a new way of being a contemporary modern woman of power," Brown says. From the inauguration on, her choices have been "so entirely different from the bully red-and-blue Washington power palette."

"She was already saying 'I'm from a new generation, I'm from a different way of looking at the world, I'm a global woman,' " Brown says. "I think she wants to be seen as a global first lady, which is really a new thing for America."

A 'Diary' Of A Russian TV Failure

"It's really very funny indeed — I laughed so much," Brown says. "He discovers that aspirational ideas don't work in Russia. When they try to do this Russian Apprentice, the fact is that the Russians don't actually admire that kind of brash, Euro-fied tycoon. They actually admire the people who kind of operate in the shadows. Their heroes are not businessmen at all — they're gangsters."

That cultural difference, Brown explains with a passage from Pomerantsev's essay, guaranteed that reality television wouldn't click with Russian audiences:

The usual way to get a job in Russia is not by impressing at an interview, no, but by what is known as blat — "connections." Russian society isn't much interested in the hard-working, brilliant young business mind. Everyone knows where that type ends up: in jail.

"In America, we tend to see everything through the prism of us, and you know, that's one of the mistakes that's being made both in diplomacy and in media," she says. "You have to go there and realize these are very different places."