Accessibility links
Air Safety On Autopilot? Problems Spur Investigation Automation systems in modern aircraft are helping to make air travel safer, but those same systems can challenge and even confuse the pilots whom passengers rely on to get them to their destination safely. 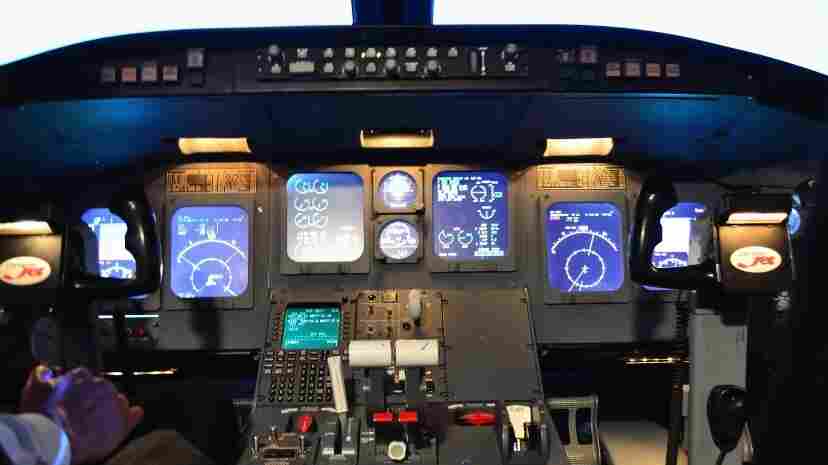 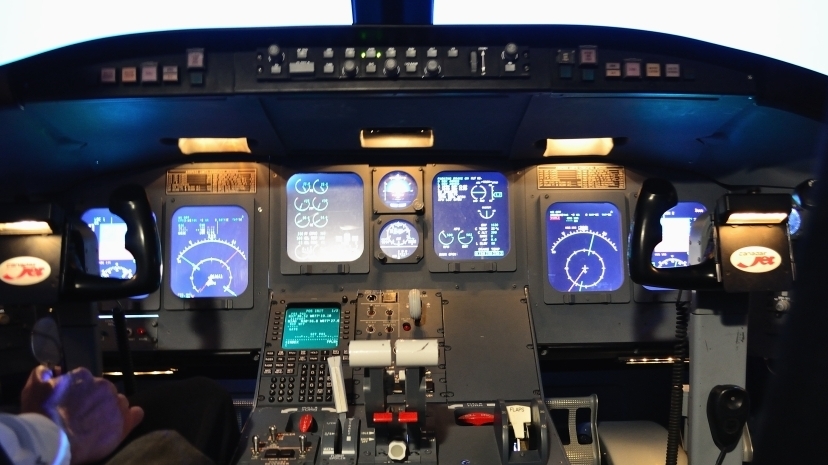 Automation systems in modern aircraft are helping to make air travel safer and more energy efficient than ever. But those same systems can challenge and even confuse the pilots whom passengers rely on to get them to their destination safely.

An NPR investigation examined preliminary findings from a study group report to be issued this spring, in which Federal Aviation Administration, industry and research members will warn of problems with the systems.

Also, in collaboration with a group of reporters around the country, NPR analyzed records from a NASA safety watchdog program. A variety of automation-related problems appeared among safety alerts issued by NASA over the past decade.

Tom Peterson, a flight instructor at Embry-Riddle Aeronautical University in Daytona Beach, Fla., says pilots must closely monitor automation systems to make sure they're behaving as they expect them to. 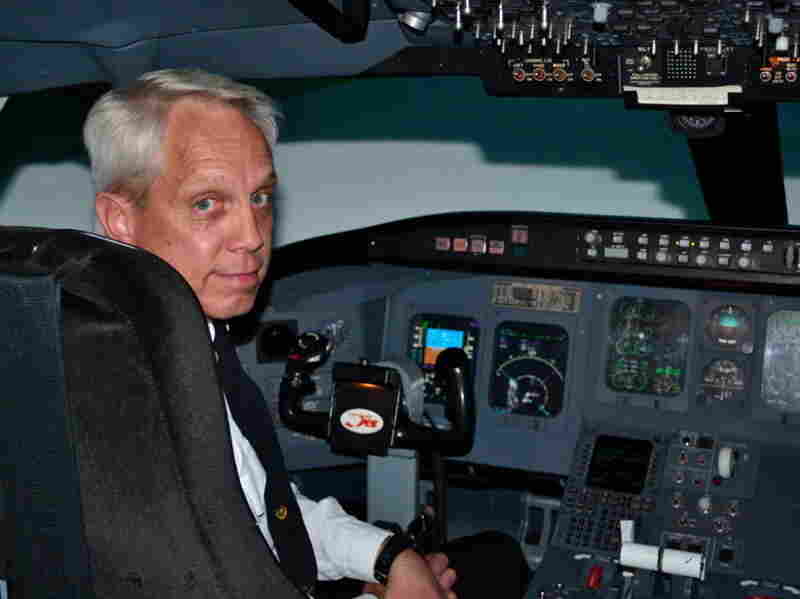 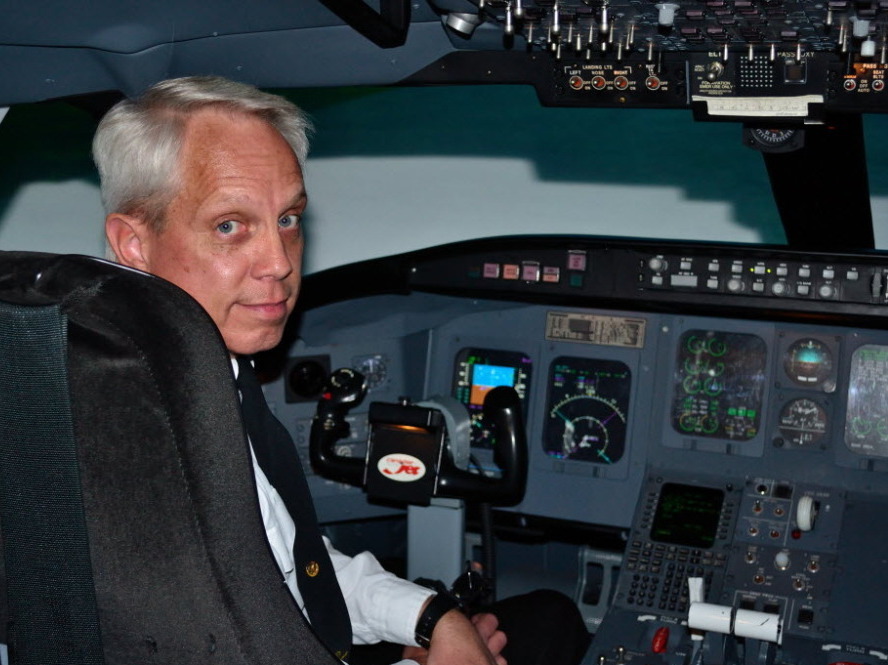 On the flight deck of a simulated Canadair Regional Jet at the university, he takes off for a simulated, 90-mile flight, with a reporter in tow in the co-pilot seat.

Soon after takeoff, the computer-screen windshield fills with clouds and Peterson needs to turn the plane. But he doesn't grab for the flight yoke, the large column-mounted steering wheel in front of him.

Instead, he programs a new heading into the flight computer. To do that, he spins a small, gray knob that looks like a radio tuning dial.

"What I can do is roll this to set it to a specific heading, or basically tell the autopilot, 'OK, follow that heading,' " he says, as he turns the dial.

Next, he presses a button to confirm the new heading. The plane turns.

It's quickly apparent that computers now do much of the work pilots used to do: things like guiding the course of the plane and controlling its speed and altitude. Today's pilots spend much of their time as programmers and observers.

Mostly, that works out just fine. But the study group will report this spring that automation can lead to certain safety threats. That's even as the systems have made air travel safer overall in the past two decades. 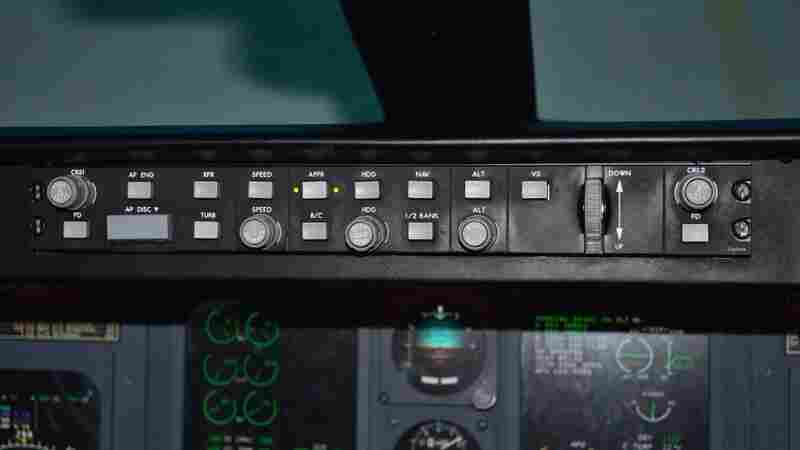 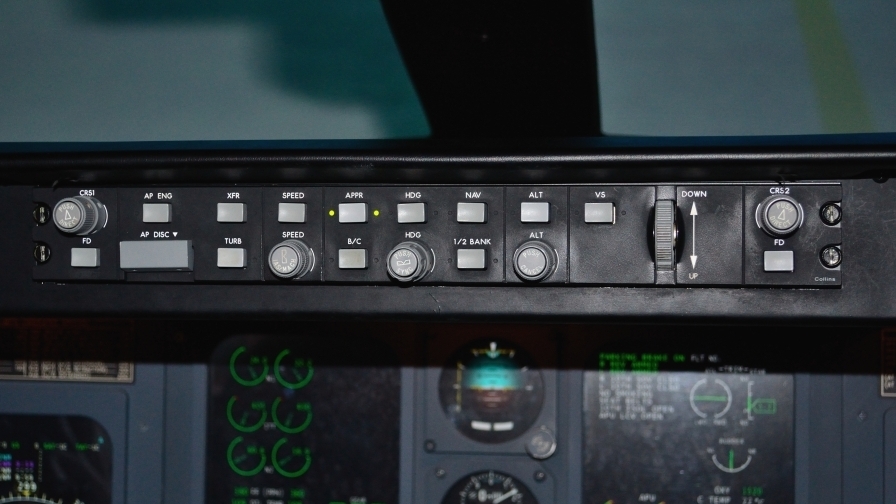 The mode control panel of an airplane, shown here on a simulated Canadair Regional Jet flight deck at Embry-Riddle Aeronautical University in Daytona Beach, Fla., is used by the pilot to set automated flight control systems.

Among the issues: a reduction in pilots' manual flying skills, possibly from an overreliance on the systems. Also, sometimes pilots don't know enough about the systems. That second problem figured into nearly half the accidents the group studied.

As Peterson sets the automation system on the cockpit's mode control panel, he's working to avoid a persistent problem known as "mode confusion." That's a mental trap that pilots can fall into, where they lose track of how automated systems are programmed.

"The lights up here basically are telling me that that's what I wish for," he says, pointing to the panel. "I've turned that on; I've said, 'OK, that is what I'd like you to do.' Over here on this screen it's showing me what it is going to do."

What you want versus what you get from a computer is something most computer users can relate to. Software doesn't always perform as expected, and computers sometimes fail.

Pat Veillette knows this all too well. The busy business jet pilot recalled a memorable descent into Salt Lake City in November. Because of the traffic in the sky, and the need to stay on course and on altitude, the situation was tailor-made for the precision that automation can provide. But things didn't go as planned.

"It was a fairly busy time of the day. A lot of other airliners were arriving at the same time, which means that air traffic control needed each of us on very specific routes at specific altitudes, very specific air speeds, in order to maintain this smooth flow of traffic," he says.

A Pilot's View: The Need For More Study

So, air traffic control told him to fly a particular course. He and the other pilot flying the jet set the flight automation system to do it.

"What I anticipated the aircraft to do was to continue this descent," he says. "Well instead, the aircraft immediately pitched up, very abruptly and much to my surprise. And both of us reached for the yoke, going, 'What's it doing?' and there's that shock of, 'Why did it do that, what's it going to do next?' "

It has happened to other pilots, too.

In NPR's analysis of nearly 2,500 NASA safety alerts issued to aviators over the past decade, we found dozens of stories warning of systems that did not work as pilots expected.

Regional View Of The Skies

NPR News investigations, together with a consortium of journalists who are members of the Investigative News Network, have examined more than 150,000 reports filed by pilots and others in the aviation industry over the past 20 years. The reports reveal more than 130 safety breaches and close calls at local, regional and major airports throughout the country on an average day.

The alerts are based on reports pilots and others send to the Aviation Safety Reporting System. NASA says it sends them out to let aviation decision-makers know of things that could compromise safe flight.

In one alert, a pilot described an Airbus A330 that climbed on its own, regardless of pilot input.

Another reported what PC users know as the blue screen of death. The plane's navigation screens froze as two redundant systems failed. The flight crew navigated to an airport using a rudimentary compass.

How common are automation errors? It's hard to say from the NASA data. The alerts come from a voluntary reporting system, and they're only generated when agency officials consider a problem serious enough to warn aviators about it.

But the study group, which advises an FAA committee that drafts regulations, looked at thousands of normally completed flights over nearly a decade, as well as hundreds that had incidents and accidents.

They found that manual flying errors happened on 1 in 4 normal flights, which were monitored by safety auditors.

Also, a majority of the accidents studied had a manual flying error as a factor. The mistakes pilots made included not knowing that automation was disconnected and failing to monitor or maintain their speed.

And at a presentation last November, FAA official Kathy Abbott, a human factors expert who is on the committee, called problems programming the systems "fairly common."

What Abbott called "vulnerabilities" in programming and using the systems were more prevalent during times of high stress or workload.

Most of the time, when automation errors happen on commercial flights, pilots correct them, and passengers never know there was a problem. But there have been several air disasters where automation played a role.

One recent example is a Turkish Airlines flight that crashed in Amsterdam in 2009. Assisting Dutch authorities, the National Transportation Safety Board found that the Boeing 737's automatic throttles were getting the wrong altitude information from one of the plane's instruments.

So the throttles idled back on their own, slowing down the plane until it stalled. The board said the plane's two pilots should have been monitoring its speed, but neither of them detected the slowdown until it was too late. Also, the safety board said the flight's first officer pushed the automation buttons in the wrong order. 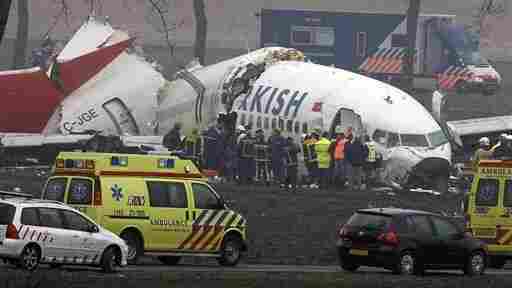 The wreckage of a Turkish Airlines aircraft after it slammed into a field while attempting to land at Amsterdam's Schiphol Airport. The NTSB found that the Boeing 737's automatic throttles were getting the wrong altitude information and the flight's first officer pushed the automation buttons in the wrong order. Frank Augstein/AP hide caption

If there's one thing aviation experts agree on it's this: Pilots should know when to turn off the automation systems and fly manually. Veillette took back control of his airplane, and recovered without going dangerously off course. What's surprising is what he says when you ask him why it happened.

"You know, I still don't understand. And that's the scary part. ... Seven years of graduate school in engineering and I can't tell you why that automation did that. And the sad fact is, I still don't know how to prevent that in the future."

One thing he does suggest is a greater focus on automation in flight simulator training so pilots know how to recognize problems and intervene.

"There's so much emphasis on training for the engine failures and some of the normal procedures," he says, "that right now I'm not convinced that we're using the [simulators] to the max extent possible to help us better utilize the automation."