Accessibility links
The Root: The Akron Mom Is Like You And Me Kelley Williams-Bolar, an Akron, Ohio, mother of two, went to jail for lying about her address so that her children could have a shot at a better education. But Michael Lomax of The Root argues that she wasn't doing anything that many of us haven't done — including our own parents.

The Root: The Akron Mom Is Like You And Me

The Root: The Akron Mom Is Like You And Me 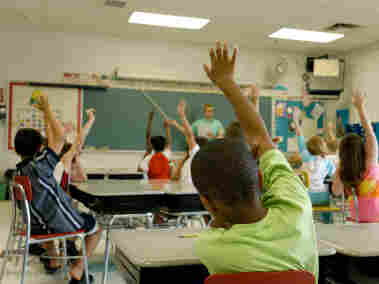 Last month, Kelley Williams-Bolar went to jail for lying about her address so her children could receive a better education. iStockphoto hide caption 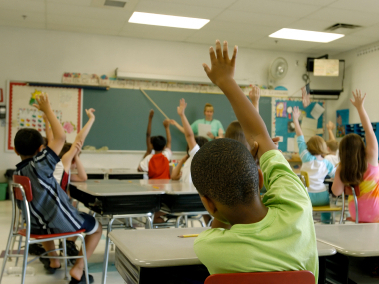 Last month, Kelley Williams-Bolar went to jail for lying about her address so her children could receive a better education.

Michael Lomax is president and CEO of the United Negro College Fund. He is a contributing editor for The Root.

Fifty years ago I was getting ready to start high school, headed ultimately for college. But school officials in Los Angeles, where my family lived, had other ideas. They put me on track to attend L.A.'s Manual Arts High School, which, as its name suggests, tracked most students into trades rather than to college.

Fortunately, I had family all over the city. And by (falsely) claiming to live in their neighborhoods, my sister and I were able to attend rigorous academic high schools; we both went on to obtain college degrees. I got a Ph.D. and become a college professor and college president. It worked out for both of us. But I still remember those days as an anxious time for my sister and me. Sailing under false colors, we were at constant risk of exposure and the humiliation that might follow if our ruse was discovered.

That was a long time ago, just a few years after Brown v. Board of Education, and long before our public schools were supposedly desegregated. But a few weeks ago, Kelley Williams-Bolar, an African-American mother in Akron, Ohio, was convicted of a felony and served nine days in jail for doing what my mother did so many years ago: lying about her children's address so that they could go to better schools and get a good education.

My heart goes out to Williams-Bolar — whose wouldn't? A felony conviction and jail time for doing what it took to get her children a good education! And she's far from the only parent trying to break through the wall that stands between many low-income children of color and the education they need and deserve.

In Memphis, Tenn., African-American parents want their predominantly black, budget-strapped, low-performing schools folded into the largely white, better-funded public schools of surrounding Shelby County. Shelby County opposes the merger. In Washington, D.C., a group of black parents want Congress to continue a program of federally funded vouchers so that their children can attend private schools instead of having to go to underperforming D.C. public schools.

And who can forget the scenes in Waiting for "Superman", in which anxious parents and children wait on the results of a lottery that well send their children either to a high-performing public charter school or back to the public school from which they hope to escape? This is what we've come to: children's educational fate being adjudicated in court or subjected to the luck of the draw.

The real crime is that public school systems in Ohio, Tennessee, D.C. and elsewhere around the country are of such uneven quality that parents are forced to try to game the system to get their kids a good education. And it's especially wrong that the distribution of good and bad schools corresponds so closely to racial, ethnic and income-related population patterns: good schools in areas where higher-income white people predominate; poorer schools where lower-income people of color live.

Almost 60 years ago, when the Supreme Court ruled in Brown v. Board of Education that it was unconstitutional for black children to be relegated to bad schools, most of the nation grasped intuitively that segregation by race was not only unlawful but also wrong. But over the ensuing years, we have allowed public schools to be resegregated by allowing schools in areas where people of color live to deteriorate in quality and even physical integrity. And we have added insult to injury by allowing schools in low-income, predominantly white areas to lose ground as well.

For decades, we have recognized education segregation and inequality for the injustice that it is. Today the country is coming to understand that it is also an economic crisis. In a country whose population will be majority minority by midcentury, we will need to look to populations of color for our next generation of teachers, doctors, scientists, engineers and civic leaders. Yet those are the populations in whose education we stubbornly refuse to invest.

The investment we need to make is in part financial. State and local school systems that are doing the right thing — giving their children the education they need to graduate from high school ready to do college work — should be given the resources that will enable them to build on their success. That way, all the schools and all the children in their jurisdictions — not just a few — will benefit.

But finances are just part of it. In Akron and Memphis, we need to break down the barriers that, in effect, segregate schools by race, ethnicity and income levels. In another era, when people grew up, went to work and died close to where they were born, narrowly drawn educational boundaries might have made some sense. But those days are long gone.

Today we have a national college education system and a national — really an international — work force. Colleges and employers need to be able to count on their students and employees having at least a minimum, but still high, level of education and preparation.

Regional school choice — letting parents send their children to any public school in the area — would help. It would also help if Congress extended the Obama administration's Race to the Top program that incentivizes and rewards true education reform. Over time, the cumulative impact of such reforms will start to take education reform to scale.

For their sake, we need to be prepared to bend. Private-school vouchers, for example, may not suit everybody's policy priorities; at best, they are almost certainly not capable of helping any sizable number of students. But if funds are available, and if they'll help even a few children, maybe they should be given a try.

And although no one advocates breaking the law, if parents find loopholes or work-arounds, or even bend the rules (as Williams-Bolar did, and as my mother did), to get their children a better education — not someday but today — perhaps simple justice demands that the law should let it pass.