Accessibility links
Toxic Avengers: Pollution Drove Fish Evolution Tomcod fish found in rivers in New York and New Jersey evolved to handle dangerous chemicals that were dumped in the river between 1947 and 1976, a study finds. The fish aren't mutants, though — some had genetic resistance that allowed them to tolerate the PCBs and dioxins that entered the water. 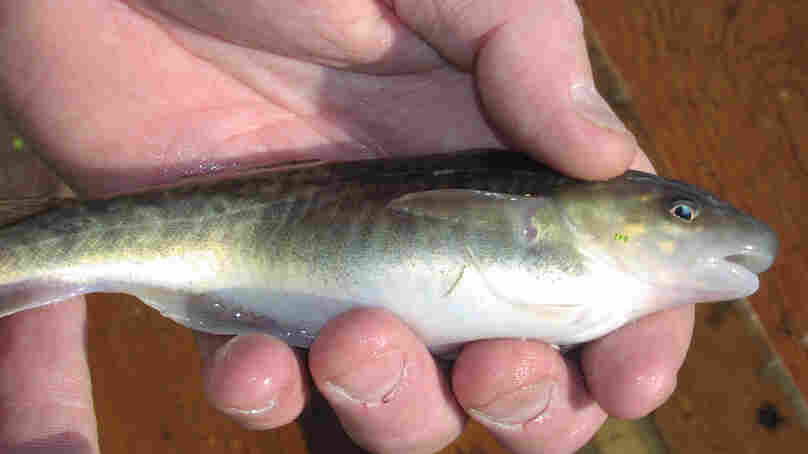 A mature Atlantic tomcod collected from the Hudson River. These tomcod evolved to handle excessive amounts of industrial pollutants, like PCBs and dioxin, in the water. Science/AAAS hide caption

Scientists have discovered a strange fish that lives in a soup of some of industry's worst pollutants. The fish, found in rivers in New York and New Jersey, survive because they've evolved to cope with dangerous chemicals. As one scientist who has heard about the fish says, "pollution has driven evolution." 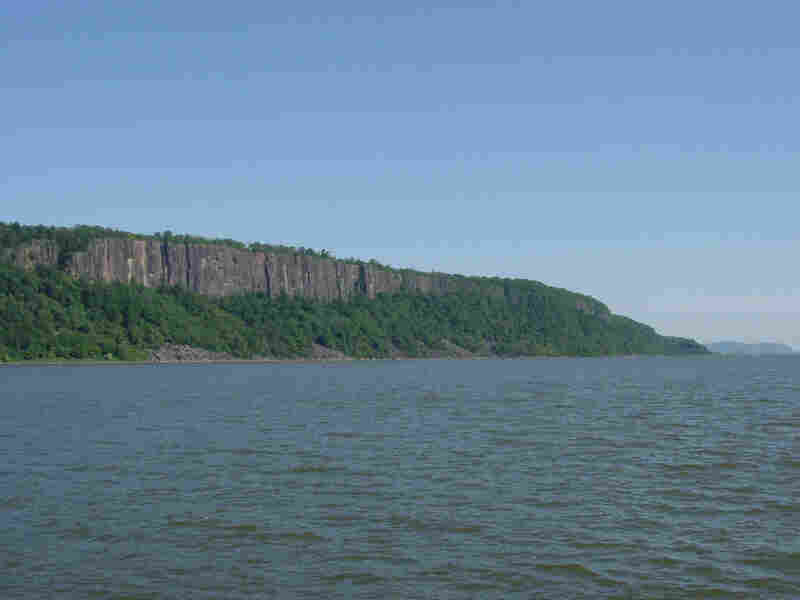 Between 1947 and 1976, high levels of extremely toxic chemicals were dumped into the Hudson River. By the 1980s, about 95 percent of fish in some areas had liver tumors. Science/AAAS hide caption 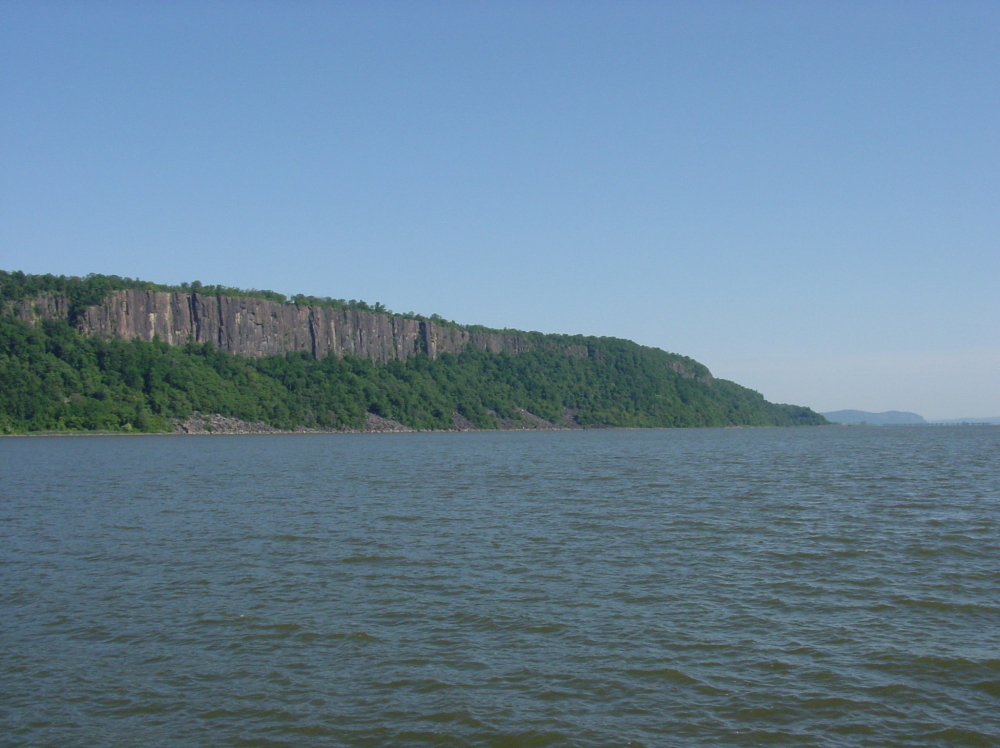 Between 1947 and 1976, high levels of extremely toxic chemicals were dumped into the Hudson River. By the 1980s, about 95 percent of fish in some areas had liver tumors.

These "toxic avengers" of the aquatic world — tomcod, which look like regular cod but are smaller — live in the Hudson and nearby rivers. The fish are up to their eyeballs in dangerous chemicals — PCBs and dioxins that General Electric companies dumped into the Hudson from 1947 to 1976. By the 1980s, about 95 percent of these fish in some areas had liver tumors.

But toxicologist Isaac Wirgin at New York University found that some populations of the exposed fish were doing OK.

"It turns out that the more we were dealing with these things, it became very apparent that they were very resistant to PCB and dioxin," Wirgin says.

Here's what had happened. In some fish, pollutants entered the nucleus of cells, where they distorted the DNA instructions from one particular gene. So the fish got sick. But some tomcod — just by chance — had a version of that gene that tolerates PCBs and dioxin. So over time, fish with the resistant gene did better than fish without it, and pretty much took over.

Technically they're not mutants — the chemicals just gave one genetic group an advantage over the rest. So some survived.

But Wirgin says there's a downside to that. "Normally, these levels of PCBs or dioxins would kill these types of organisms," he explains, "but here they survive and they're prime prey."

They're prey for bigger fish, which absorb the pollutants in the tomcods and pass them up to whatever, or whoever, eats them. Toxicologist Richard Di Giulio, who studies fish at Duke University, says it makes an important point — that pollution has driven evolution.

Di Giulio says it's happened in Virginia too, with something called killifish. They evolved resistance to another pollutant, polycyclic aromatic hydrocarbons, from wood preservatives that seeped into the Elizabeth River.

And there's another drawback to the evolution of chemical hardiness: "While they have evolved resistance to the pollution," he says, "they have lost some ability to cope with natural stressors," like low oxygen in the water or abnormally high water temperatures.

So survivors these peculiar fish may be, but a success story it is not.