Accessibility links
Movie Reviews - 'I Am Number Four' - Can We Demand A Recount? A wannabe Twilight with neither style nor particularly special effects, this adaptation of a hit children's novel follows John Smith, a teen with superpowers, as he's hunted by hostile aliens. 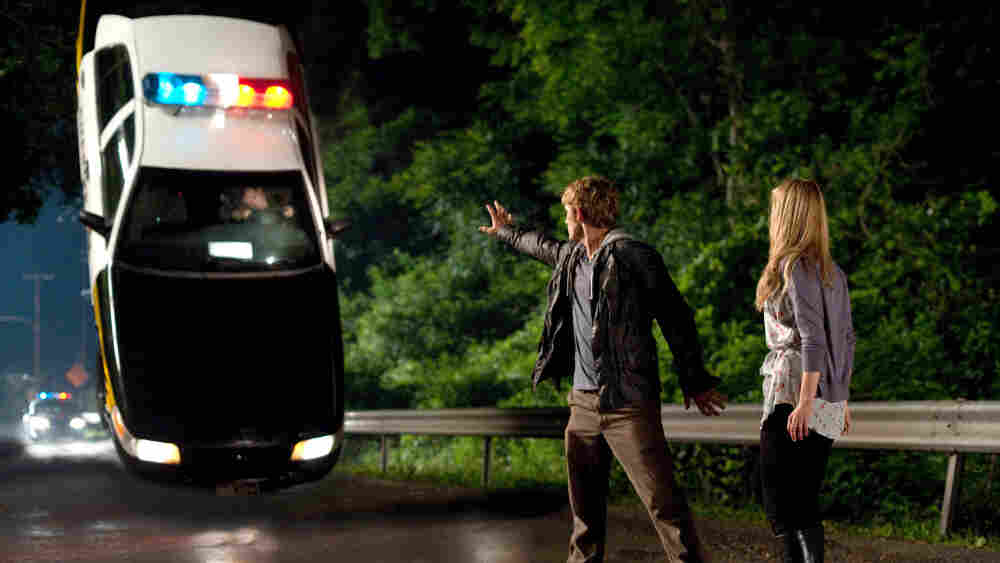 Lost In The World: Alex Pettyfer (left) plays the titular Number Four, a 15-year-old alien from the planet Lorien on the run from otherworldly predators. After Four adopts the name John Smith, he falls in love with Sarah (Dianna Agron). John Bramley/Buena Vista Pictures hide caption

I Am Number Four

PG-13 for intense sequences of violence and action, and for language.

Let's nip this one in the bud, shall we? D.J. Caruso's cynical new teen flick I Am Number Four is adapted from the first volume of a young-adult fiction series — Lorien Legacies — and has been conceived by producer Michael Bay and his buddies at DreamWorks as the start of a blockbuster movie franchise. From all appearances, this first installment cost them dozens of dollars to make, so if fewer than, say, 25 people go this weekend, maybe they'll decide not to make a sequel.

It wants to be a sort of extraterrestrial-high-school-superhero-at-Twilight series, with pretty-boy Alex Pettyfer as Edwa ... um, John Smith, otherwise known as Number Four. (Of nine! Lord help us.) Number Four is a slender, blond teen hunk who's hiding out in Paradise, Ohio, because there are snarling, tattooed Mogadors (don't ask) tracking and killing "his kind." While waiting for these Mogadors to show up, Number Four spends his time romancing a plucky local (Glee's Dianna Agron) who already has a hot-tempered all-American boyfriend (Jake Abel).

Think of it as Twilight-lite, except that in this one the vampires have gills. OK, technically, the Mogadors aren't vampires, but they wear black trench coats, have pointy teeth, and only seem to do their dirty work at night — the cover of darkness presumably being as useful for special-effects digitizers as it is for aliens.

Oddly, though they're otherwise pretty sloppy, both in personal hygiene and in work habits, the Mogadors are intent on killing off Numbers One through Nine in strict numerical order. Number Three gets dispatched during the credits. (Numbers One and Two are long gone, presumably to be dealt with in prequels.) And now the trench-coated dudes are hot on the trail of our hero, though Australian-accented Number Six (Teresa Palmer) seems a more convenient target; she's shadowing them, even as they're shadowing him. 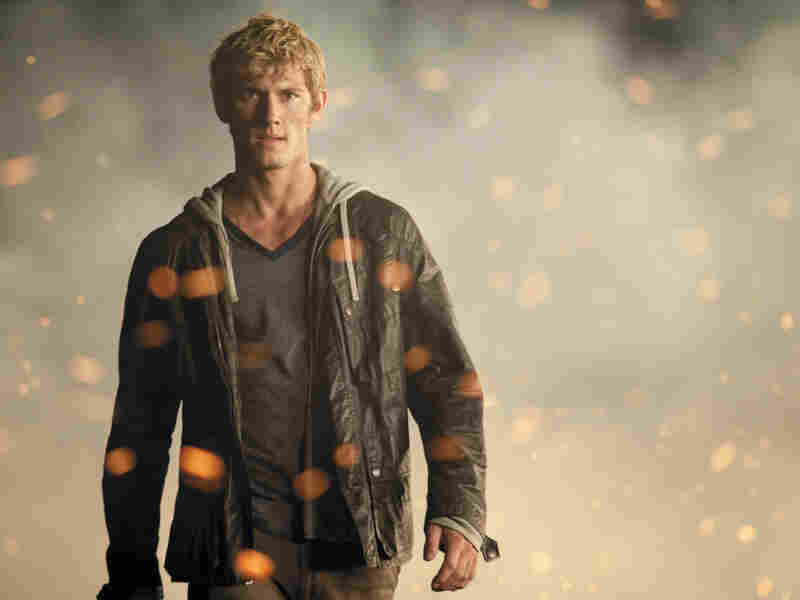 Dunno where Number Five is. Don't much care, either.

Along for the ride is dweeby underclassman Sam (Callan McAuliffe) because, well, what teen series doesn't need a nerd? Sam settles in quickly as Number Four's number two, a sidekick whose chief function seems to be to smile and mutter "Coooool" when he's allowed to use alien hardware.

And the Mogadors use lots of hardware — big plastic-looking guns that blast buildings and cars to kingdom come, but never seem to do much to our numbered heroes (who favor long knives for some reason).

Then again, the writers have conferred superpowers on the Numbered: Number Three could hurtle like a rocket through jungly underbrush, Six can throw lightning bolts in school hallways, and Four's palms have recently started glowing when he gets excited. It's helpful in power outages, though a trifle embarrassing in class. He can also start cars by concentrating really hard, but only after his failure to do so has doomed a guardian (a woefully wasted Timothy Olyphant) whose own powers include intense caution but not a lot of common sense.

I Am Number Four's CGI sequences are murky and dark, its performances negligible, its script genuinely inept. There is, I should note, a puppy, which arguably keeps the film this side of completely unbearable, but just barely.

Here's hoping its days are numbered.