Accessibility links
2012: The Year Of The Billion-Dollar Campaigns? President Obama's re-election committee is expected to raise at least $1 billion, and Republicans have high hopes that their nominee will reach the 10-figure level as well. One billion dollars could buy up all the Super Bowl ads — for the last four Super Bowls. 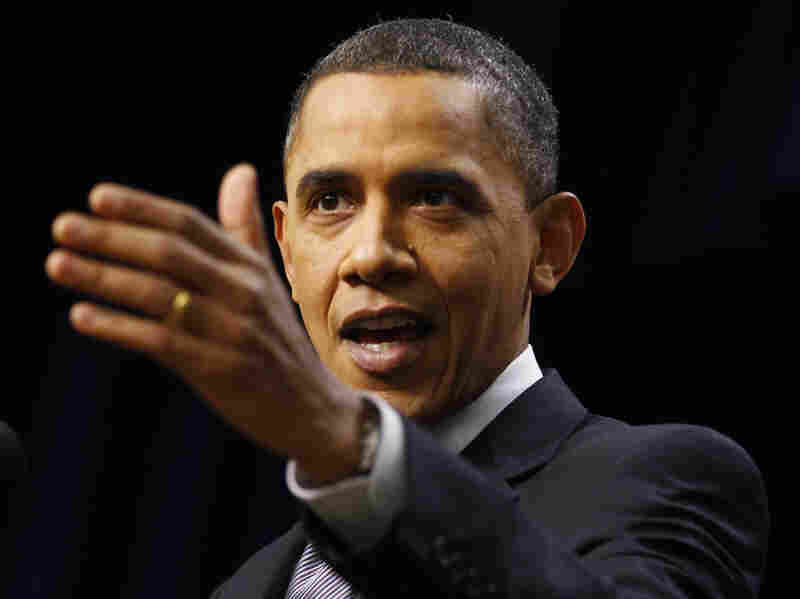 President Obama, shown answering questions during a news conference Tuesday, is expected to hit the billion-dollar mark in fundraising for his re-election bid. His Republican opponent may raise that much as well. Evan Vucci/AP hide caption 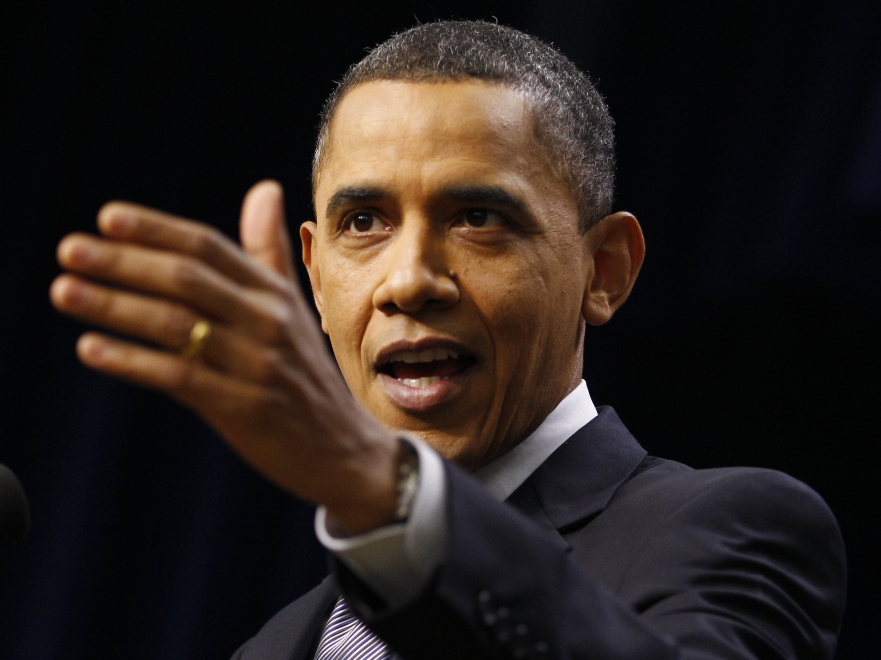 President Obama, shown answering questions during a news conference Tuesday, is expected to hit the billion-dollar mark in fundraising for his re-election bid. His Republican opponent may raise that much as well.

The 2012 presidential election is shaping up to be a multibillion-dollar contest. President Obama's re-election committee is expected to raise at least $1 billion, and Republicans have high hopes that their nominee will reach the 10-figure level as well.

It's the first time ever that presidential fundraising shot up that fast. And it puts the Obama re-election operation within reach of raising $1 billion: a volume of cash that takes the campaign out of politics-as-usual.

"He would be a Top 100 advertiser," says Brad Adgate, the senior vice president for research at Horizon Media, a New York ad agency. "You know, it's what Home Depot spends, about a billion dollars a year."

The total raised by winning presidential candidates (in millions):

One billion dollars could buy up all the Super Bowl ads — for four Super Bowls.

Even TV Can't Take It All

But a presidential campaign, like any other advertiser, doesn't put all its money into TV. There are grass roots to mobilize and candidate trips to organize.

Still, Adgate says a $1 billion campaign could dominate TV in the battleground states. "There are states that are going to be inundated. In ... 2008, 87 percent of all local TV dollars spent went to just 11 states," he says.

But the noncompetitive states mostly get ignored, so the TV budget wouldn't have to be that big. "A few hundred million is more than enough," Adgate says.

That means President Obama and his GOP challenger could spend millions on other media — everything from old-fashioned direct mail to Internet ads to texting and ads on mobile devices.

"By October, some of the campaign insiders were saying that it was raining money," he remembers.

And unlike 2008, this time the Republican nominee is likely to be just as prosperous. Corrado foresees a billion-dollar contest for the nomination, and there are predictions of a quick $250 million infusion when it's locked up.

"If that's the case, we will certainly be entering a realm of presidential spending that we have never seen before," he says.

Catching Up To Potato Chips

This isn't the first time presidential fundraising has surged. Robert Mutch, a historian who is just finishing a book on presidential campaign cash, points out two times when the contributions came flooding in.

The first was in 1892 and 1896, when the Democrats went populist and anxious businessmen flocked to the GOP.

The second was in 1936. Franklin Roosevelt was enacting the New Deal while seeking a second term, and Republican presidential coffers doubled — again thanks to corporate America.

One or two billion-dollar candidates might also quash an old cliche about political money: that mandatory contribution limits choke the debate.

Former House Majority Leader Tom DeLay made the case on C-SPAN a few years ago: "There's not enough money in politics. You know, Americans spend more on potato chips than they do on elections?"

Mutch says people have been using arguments like that for a long time: "Back in the '30s, it was Wrigley's gum."

But the argument may need updating again.

The American Snack Food Association says potato chip sales are somewhere north of $3.5 billion. So, if we have one billion-dollar candidate ... and then another ... and we throw in the conventions and some independent groups ... then the 2012 presidential election may catch up with potato chips.