Accessibility links
Movie Reviews - 'We Are What We Are' - Guess Who's For Dinner? A Mexico City slum clan kidnaps and kills people to feed itself — and faces unexpected problems after its patriarch dies. Written and directed by Jorge Grau, this thriller nods at the legacy of zombie king George Romero by blending horror with pointed social commentary.

'We Are What We Are': Guess Who's For Dinner?

'We Are What We Are': Guess Who's For Dinner? 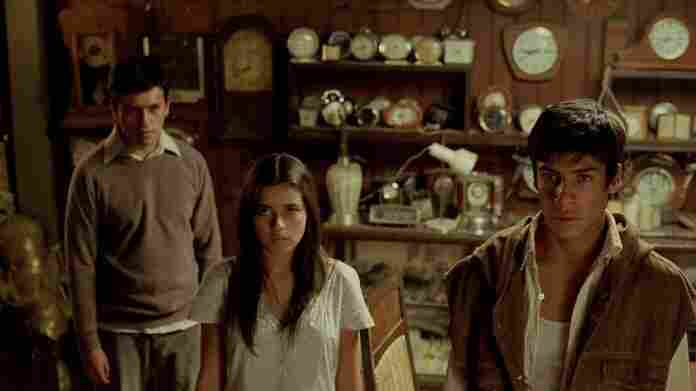 We Are What We Are

Not Rated. Contains the graphic violence, gore and mild nudity typical of the genre.

In Spanish with English subtitles.

Writer-director Jorge Grau's debut feature opens on a middle-aged man shambling around a shopping mall. It's an image immediately evocative of the zombies in Dawn of the Dead and its ilk — yet this isn't a zombie movie at all.

Grau's sly bit of homage-cum-misdirection transforms into a succinct, elegant statement of purpose: When the man collapses and dies, mall security quickly moves in to clear the body, while a cleanup crew efficiently mops the floor to remove any trace of his presence. The message, hammered home throughout the film with the same dark sense of humor: Appearance is all that matters to authority. In just a few minutes, Grau announces his intentions to marry gore with greater purpose, to follow in Romero's bloody footsteps.

Only here it's cannibals, rather than zombies, who leave the tracks.

The dead man was the patriarch of a family living in the projects of Mexico City, a clan that had pieced together a meager existence on the income he derived from repairing timepieces in an open-air marketplace. Fixing cheap watches in a Mexican slum never fed five mouths, though, so Dad was in the habit of bringing home more than the bacon. The family has always been fully aware of the macabre menu — aware, and more: For them, killing people has become a quasi-mystical family ritual that not only feeds them but ensures their good fortune. They are, as the title suggests, born into this. To fight it is to deny their identity and their future. 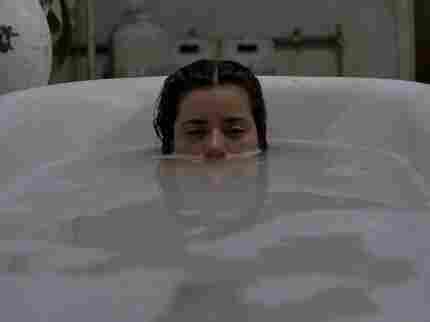 As her mother descends into angry grief, Sabina and her brothers must face the consequences of their family's cannibalism. Selina E. Rodríguez Martinez/IFC Films hide caption

Now, in the absence of the father, mother Patricia (Carmen Beato) skips directly to the anger stage of grief, belittling both her dead husband and her children for their failings. That leaves the kids to determine who should take the father's place as hunter. Meanwhile, an autopsy turns up evidence that sets in motion an investigation by a police force crippled by ineptitude and greed. (Here, Grau gets a little heavy-handed in his critiques of authority: For all the subtle suggestiveness that he brings to the family dynamics, the cops here are one pratfall short of the Keystonian.)

We Are Who We Are would make an excellent — if emotionally draining — double feature with last year's Dogtooth, the Greek film currently up for a Best Foreign Film Academy Award. Both feature trios of young adult children driven to the brink of insanity by years of lies from manipulative parents. Both start quietly, offer oblique expositions about the nature of their families' horrific secrets, then devolve into violence presented with clinical detachment and absurd, deadpan humor. The difference here is that the parents (Mom, at least), believe their own misinformation. And here, the survival of the illusion is dependent not on isolation, but rather on getting out in the world to seduce and lure their human prey.

Grau's thoroughly original vision is disguised by its conventional genre trappings. On the surface, the relentlessly grimy look of the film — and the truly grisly sights and sounds — might suggest a trashfest from the Saw or Hostel franchises.

But Grau is far more skilled than that. His use of sound in particular is impeccable. Dozens of ticking clocks amp tension in one scene; in another, the clomping of a high-heeled gang of prostitutes creates a comical stampede of vengeance. A discordant string score from Enrico Chapela practically creates its own unseen character.

Like zombie auteur George Romero at his best, Grau locks his sights on his social commentary of choice and goes after it with the zeal of a 19-year-old cannibal girl sinking an ax into the skull of her next meal.

The result is messy, but it makes more than a meal.