Accessibility links
TARP Watchdog Says Foreclosure Plan Is Failing U.S. foreclosures matched their highest level on record at the end of 2010, and Neil Barofsky, special inspector general for the Troubled Asset Relief Program, says scores of homeowners who qualify for help aren't getting it. Barofsky, who is stepping down in March, says the Obama administration's program to prevent foreclosures is broken. 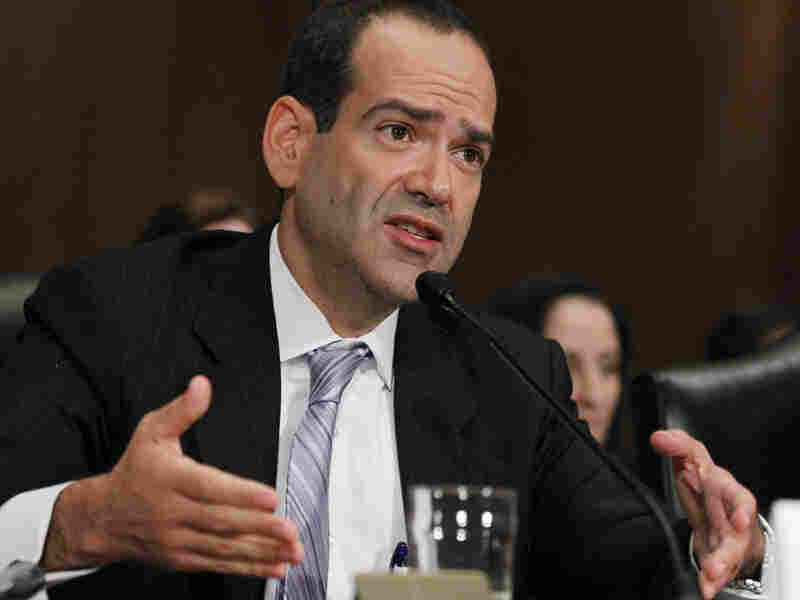 Neil Barofsky, special inspector general for the Troubled Asset Relief Program, testifies before Congress. He will step down from his position in March. Manuel Balce Ceneta/AP hide caption 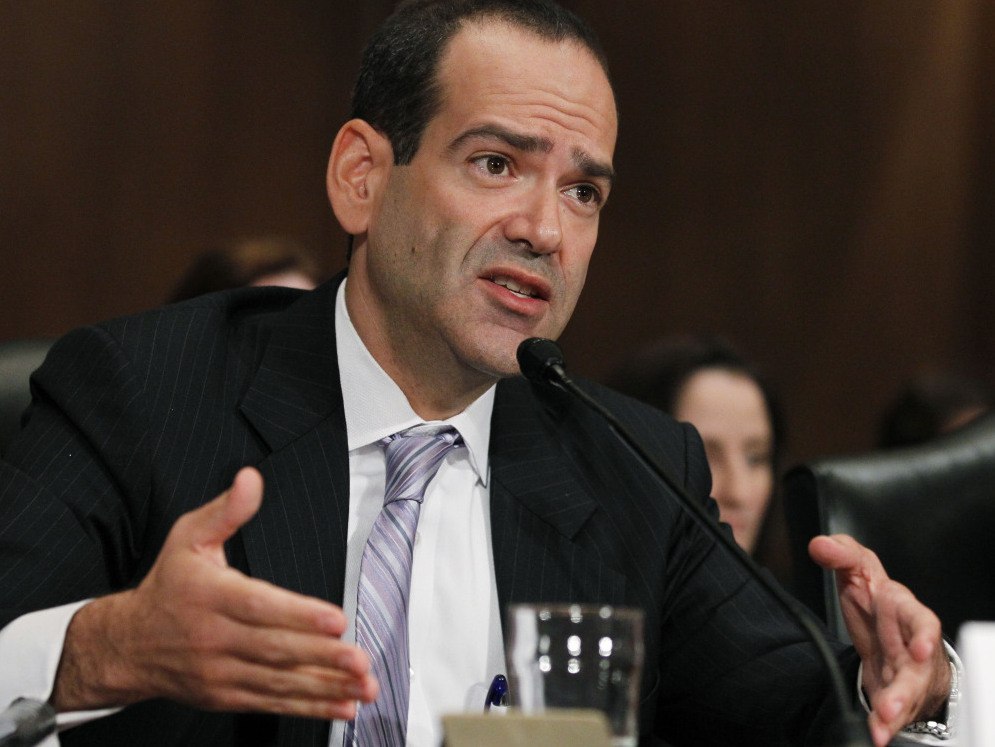 Neil Barofsky, special inspector general for the Troubled Asset Relief Program, testifies before Congress. He will step down from his position in March.

Foreclosures in the U.S. matched their highest level on record at the end of 2010, according to the Mortgage Bankers Association. And that's frustrating to one of the nation's top financial watchdogs.

Neil Barofsky, the special inspector general for the massive federal bank bailout program, or TARP, is stepping down from his post in March. He says the Obama administration's program to prevent foreclosures is broken, and that many of the people it's supposed to be helping are now "in a far worse place than they would have been had this program not existed."

When he took the job of keeping tabs on the Treasury Department, Barofsky says, he received "quite a welcome to Washington": a mildew-ridden office in the basement.

"Over the course of a couple of months, there was this terrible smell that sort of permeated the office," Barofsky says. "I wasn't sure if it was, well, Treasury's an old building."

After a while he started to feel ill, so he finally complained about it. "It turned out there was an open sewage drain right under that office," he says, "and we were literally breathing in raw sewage."

But Barofsky was used to working in inhospitable places. As a U.S. Attorney, he had investigated drug cartels in Colombia, where a plot by drug traffickers to kidnap and possibly kill him was foiled. "That ended my trips to Colombia," he says.

He got a new office in Washington and has built a team of more than 100 auditors and white-collar criminal investigators. He has thwarted attempts to steal hundreds of millions of taxpayer dollars. But one part of the Troubled Asset Relief Program in particular has been a failure, he says: the Obama administration's foreclosure prevention plan.

"I just fear it is the one aspect of TARP that had the opportunity to have a really, really meaningful impact on millions of families, and it's an opportunity that's lost," he says.

The Home Affordable Modification Program was supposed to help between 3 million and 4 million Americans stay in their homes — and not the people who acted recklessly or were flipping condos. For people who qualify, the program can lower their mortgage payments, which can help both the homeowners and the investors who own the loans.

But "we're not going to come anywhere close to that number," Barofksy says. Over the past two years, the program has reached only 500,000 people. The Treasury department says that's a success because a half-million people get to stay in their homes. But Barofsky says even more people are getting rejected from the program for the wrong reasons, and are getting foreclosed on when they shouldn't be.

"It is absolutely heartbreaking the number of families that are not being reached by this program," he says.

Homeowners Get Strung Along

Deborah Dahlmer in Gloucester, Mass., is one of many homeowners NPR has spoken with for recent stories. After her husband died, Dahlmer couldn't afford the payments on their modest house.

She seems to be a perfect candidate for the home affordability program. She's legally blind and has disability income. For more than a year, though, Bank of America has been losing documents that she faxes in, she says, and she still doesn't know whether she'll lose her house.

"I'm told by my doctor to calm down because my blood pressure is skyrocketing from this," Dahlmer says. "How can you help it?"

She says she doesn't know where she or her 80-year-old mother would go if they lost the house.

Bank of America says it is working with Dahlmer to try to resolve the situation and get her into a permanent loan modification that she can afford.

Barofsky says one of the program's big weaknesses is that, while it's a government program, the banks decide who is eligible for help. And he says the banks improperly reject qualified people all the time, often after stringing them along for a year or longer.

"You have people come out of this with tons of late fees that they otherwise may not have been looking at, their credit ratings have been destroyed, their savings depleted," he says. "They're in a far worse place than they would have been had this program not existed."

Barofsky says the banks performance here has been "abysmal." But he also criticizes the Treasury Department for being afraid to impose penalties and hold the banks accountable for that poor performance.

"This is a product of poor program design, of poor oversight by the Treasury Department, of poor execution of compliance," Barofsky says. "Treasury designed the program, and its failings are Treasury's failings."

The Treasury Department says it doesn't have the authority to force more compliance from the banks. But Barofsky says it should ask Congress for more authority if that's the case.

Meanwhile, he says, not much is changing, and more people are missing out on the chance to stay in their homes.