Stylish Minimalism, In The Dark of '7th Street'

Stylish Minimalism, In The Dark of '7th Street' 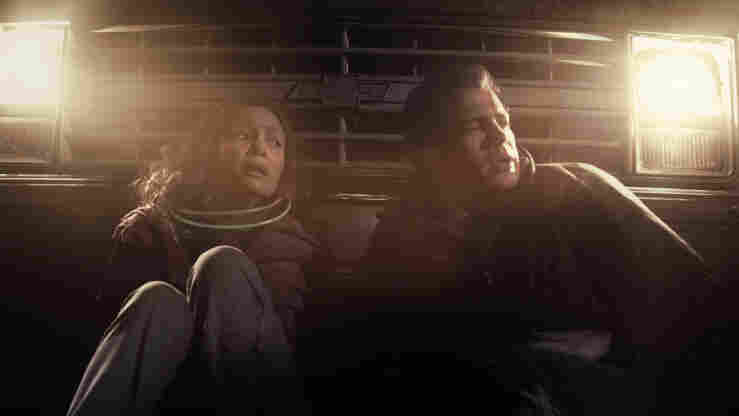 Anybody Got A Lightsaber? Hayden Christensen (right) and Thandie Newton star as two survivors of a mysterious, worldwide supernatural event. To survive, they must stay in the light — lest they confront the unknown in the darkness. Magnolia Pictures hide caption

Since 2001, director Brad Anderson has been so immersed in terror — Session 9, The Machinist, episodes of Fringe and two cable horror anthologies — that we tend to forget how skilled he is at love. With Next Stop, Wonderland and Happy Accidents, he wrote and directed two of the best romantic comedies of the past 30 years. And as I was watching Vanishing on 7th Street, another supernatural tale of relationships subordinated to inexplicable phenomena, I couldn't help wishing he would take a break from boogeymen and return to his roots.

Not that Vanishing isn't a highly respectable piece of genre entertainment, one with a little more class than most. Structured like an old Twilight Zone episode or a Stephen King short story, the film follows four survivors of an unexplained global blackout who awaken to discover that most of the population has disappeared — right out of its clothing. (One of the film's eeriest motifs is those ubiquitous bundles of abandoned outfits, including, hilariously, a set of false teeth.)

Converging on a run-down bar helpfully outfitted with a stuttering generator and a Motown-and-soul-stocked jukebox, the survivors ponder their plight. Daylight hours are mysteriously decreasing, and arrogant TV anchor Hayden Christensen wants to grab a truck and try to outrun the encroaching blackness. But the geeky movie projectionist (John Leguizamo) has a concussion, the former addict (Thandie Newton) needs to find her baby, and the gun-toting preteen (Jacob Latimore) misses his mom.

And then there are the shadows, crawling over the walls and whispering like unseen spirits whenever the lights flicker. Thank goodness there's alcohol. 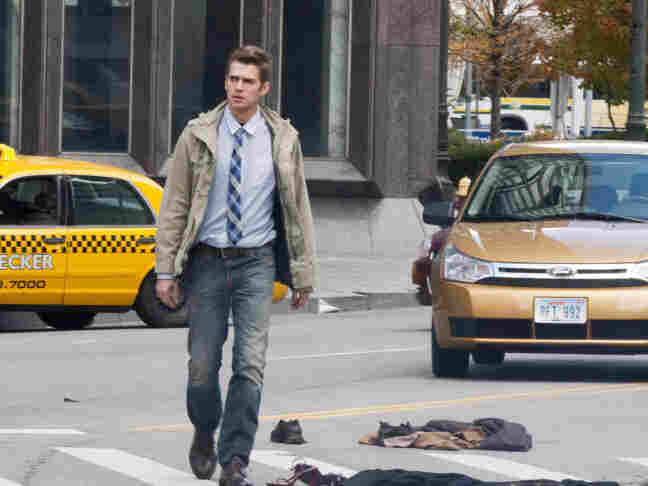 TV anchor Luke, played with surprising authority by Christensen, is one of the few survivors left to navigate a bleak depopulated Detroit. Magnolia Pictures hide caption 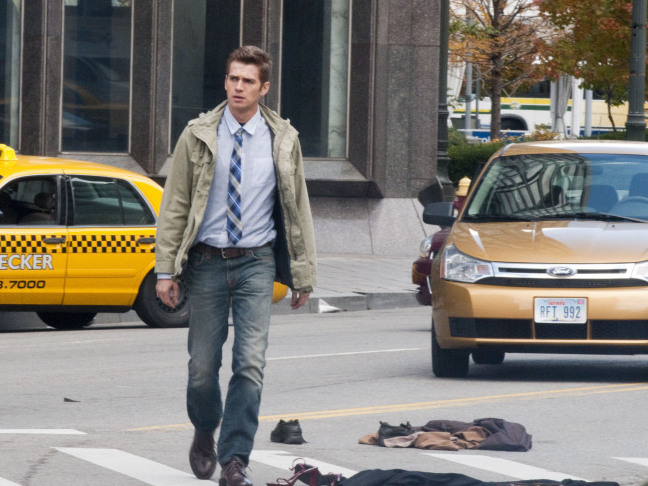 TV anchor Luke, played with surprising authority by Christensen, is one of the few survivors left to navigate a bleak depopulated Detroit.

Unfolding in a blasted Detroit ("It wasn't that complicated to make the city desolate and devoid of life," admits Anderson in the press notes), Vanishing (inspired in part by the 16th century disappearance of the American colonists on Roanoke) is an apocalyptic drama that feels too insubstantial for the big screen. A frustratingly opaque script (by Anthony Jaswinski), whose religious and supernatural elements are never fully fleshed out, leaves the normally terrific Leguizamo out to lunch, while Newton exhibits her usual stagy mannerisms — one part Joan of Arc, one part mental patient. The surprise here is Christensen, that bland blond of the Star Wars prequels: Working with a character who's believably self-centered, he anchors the film with more authority than his previous work would lead anyone to expect.

But in a movie where characterization takes second place to chills, it's cinematographer Uta Briesewitz (who also shot Next Stop, Wonderland and the magnificently creepy Session 9) who shines. Working the minimalist story for maximum fright, he manipulates his digital camera to skin-crawling effect, flitting between creeping fingers of blackness and fizzing halos of luminance. Computer-generated effects are used sparingly, so when they appear — a plane tumbling from the sky in swift silence — they are jarringly effective. Add Lucas Vidal's brooding score and the result is a primal journey to a ho-hum destination. Next stop heaven, hell — or Vanishing 2?