Accessibility links
Hibernating Bears 'A Metabolic Marvel' A new study finds that despite lowering its metabolism by 75 percent, a bear's internal temperature barely drops. Bears also don't lose muscle mass or strength, and researchers hope the study — the first continuous monitoring of a bear in hibernation — will be a boon for human medicine. 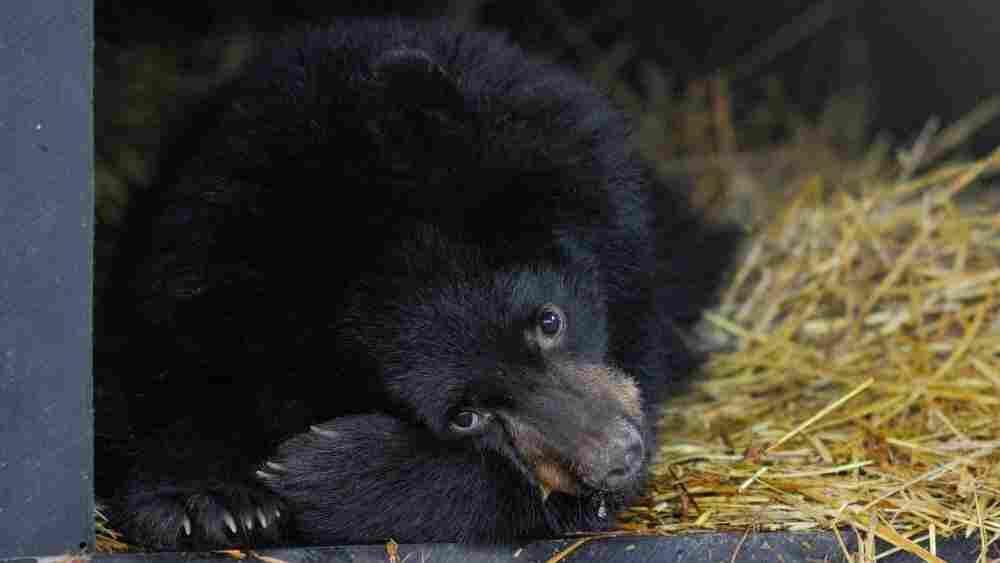 An American black bear from the Kenai Peninsula in Alaska. A new study found that a bear's metabolism in hibernation drops by nearly 75 percent while its body temperature falls just slightly. Oivind Toien/Institute of Arctic Biology, University of Alaska, Fairbanks hide caption

For the first time, scientists say they have been able to monitor a bear's vital signs continuously during a six-month period of hibernation. To their surprise, the researchers discovered that despite lowering its metabolism by 75 percent, a hibernating bear's internal temperature barely drops at all.

It turns out that in addition to a drastically reduced metabolism, bears in hibernation also snore. Have a listen.

The bear study took place at the University of Alaska, Fairbanks. The bears spent the winter in a hibernaculum — basically a big box. The researchers weren't sure whether the bears would be willing to spend the winter in this small, artificial cave.

"We anticipated they might just tear the place up or go on strike or something," says Brian Barnes, one of the authors of the new study. "But they actually showed very natural behavior of getting ready to hibernate. They curl up, they go to sleep. They begin to quiet their heart rate, slow their breathing and their metabolic rate plunges."

The fact that a bear could reduce its metabolism so much with such a small drop in temperature was a surprise. Barnes says two factors appear to be responsible. First, a bear has a lot of fat and thick fur, so it is well-insulated. Second, when a bear's internal temperature drops below about 90 degrees Fahrenheit (99 degrees is normal for a bear), it starts to shiver. The shivering produces heat, and the bear's temperature rises a few degrees. This periodic shivering occurs throughout the winter.

Barnes says just about everything a bear does while hibernating is remarkable.

"Bears don't eat, drink, urinate or defecate for six or seven months," he says. They make their own water, probably by metabolizing fat, and they get rid of wastes by breaking them down internally. "They're a closed system. All they need is air, and they can do just fine. They're a metabolic marvel," he says. 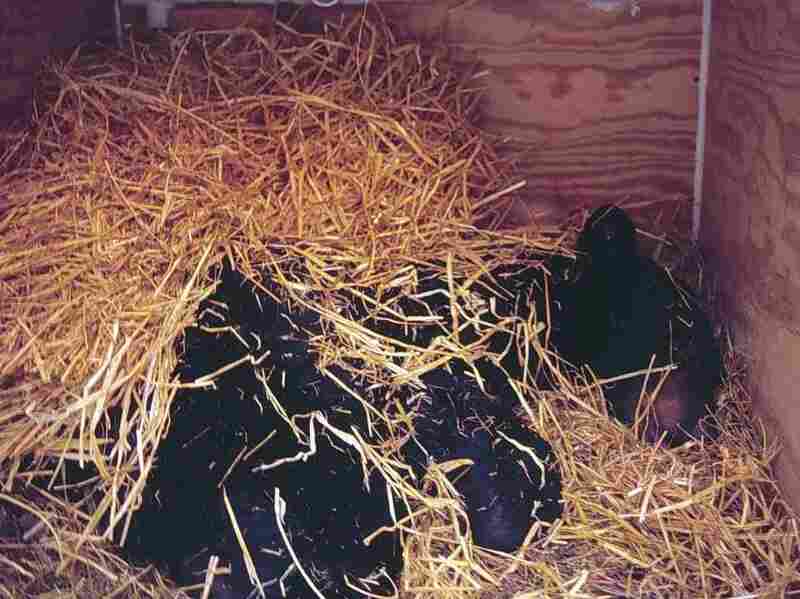 Researchers studied a bear, like this one, in an artificial den called a hibernaculum. Oivind Toien/Institute of Arctic Biology, University of Alaska, Fairbanks hide caption 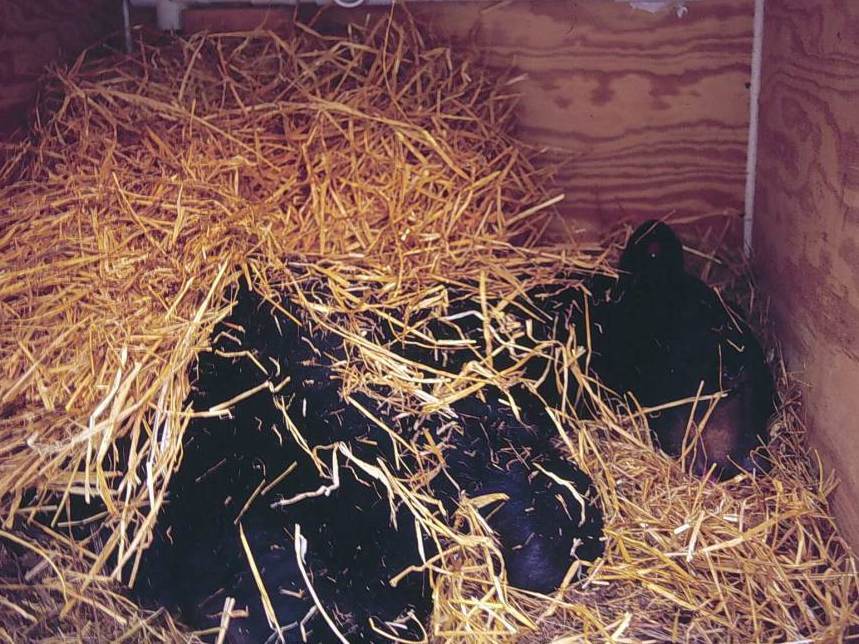 Researchers studied a bear, like this one, in an artificial den called a hibernaculum.

One of the things bears do with waste is to use the calcium in it to keep their bones strong. A human who is bedridden for months will start to lose bone mass, but Seth Donahue, a professor of biomedical engineering at Michigan Technological University, says his research shows that doesn't happen with bears.

"Basically we found that there were no negative consequences of six months of hibernation on the bone strength or mineral content," says Donahue.

It's not just the bones in bears that stay strong throughout the winter.

"They have this neat capacity to preserve their muscle mass as well as muscle strength," says Hank Harlow at the University of Wyoming. Preserving muscle size and strength is also pretty remarkable. Human muscles will shrink if they aren't used regularly, and Harlow says it would be a boon to medicine if scientists could figure out how a bear keeps that from happening.

Craig Heller, a professor of biology at Stanford University and an author of the new bear paper, says for people bedridden for long periods, or who are contemplating a long space voyage such as going to Mars and back, figuring out how to make a human more like a hibernating bear would have some advantages.

"One would be lowering the energy requirement so you don't need as much food and water and resources, but another is just reducing the boredom," says Heller.