Accessibility links
Fiscal Crisis Strikes At Labor's Core: Public Workers The protests in Wisconsin are shining a light on the power of public-sector labor unions. Many critics say government unions need to be scaled back in the current fiscal crisis. Union officials, on the other hand, say they're being scapegoated for the economy's problems. 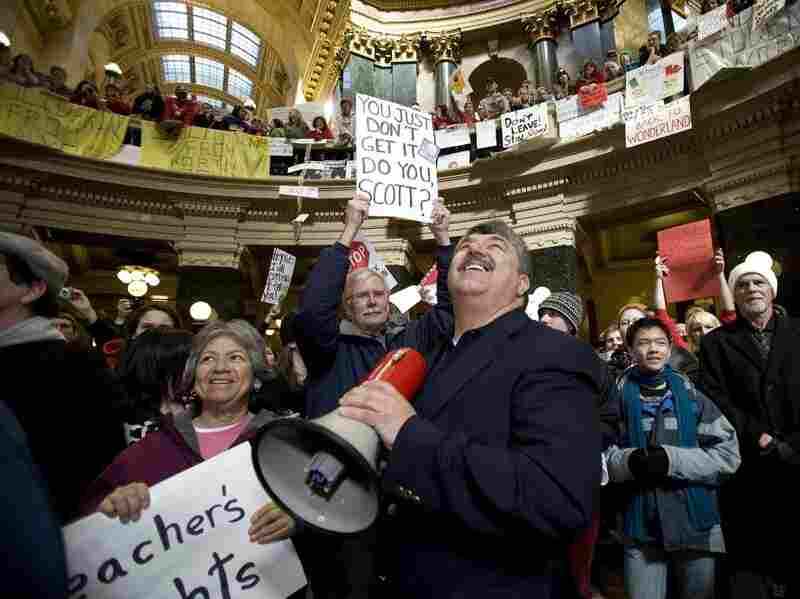 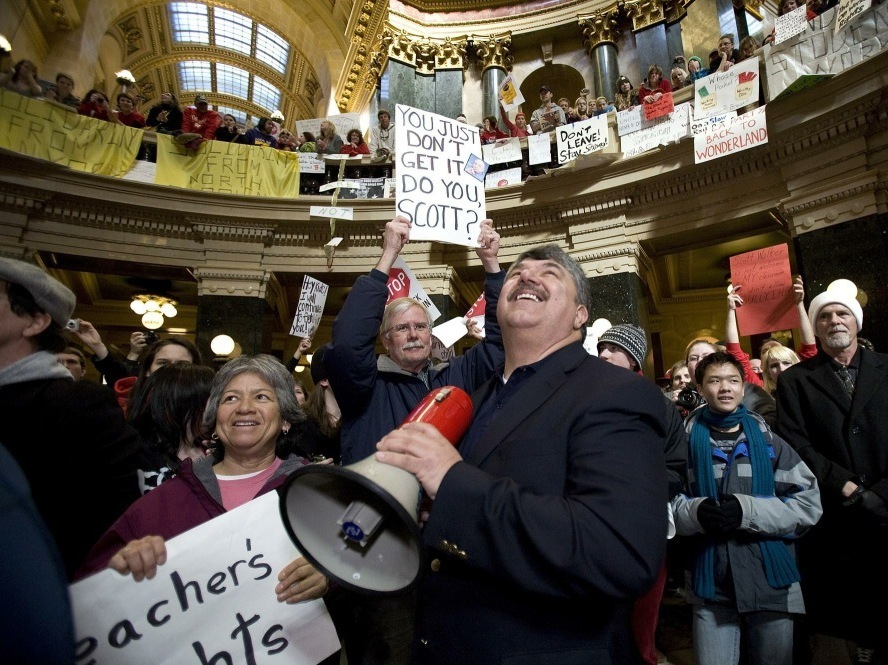 The protests in Wisconsin are shining a light on the power of public-sector labor unions. While union membership is down across the country as a whole, government workers are a big exception.

Many critics say government unions have used their clout to negotiate generous benefits — and they say these need to be scaled back in the current fiscal crisis. Union officials, on the other hand, say they're being scapegoated for the economy's problems.

The public sector is one of the last bastions of strength for the labor movement. A little more than 9 percent of people who work for private employers belong to unions. Among state, local and federal employees, the number is more than 36 percent.

This is true even though many states — especially in the South — bar government workers from unionizing or restrict their bargaining power. Nelson Lichtenstein, a professor of history at the University of California at Santa Barbara, says the strength of unions today is relative. He says union membership has fallen overall because so many manufacturing jobs have gone overseas.

"In the public sector, it's quite different. You can't move the functions of the state of Wisconsin to China. They have to be there. The Department of Motor Vehicles pretty much has to be where it is," he says.

Because government unions have been able to maintain much of their power over the years, politicians have had to learn to coexist with them. In recent years, strikes have been rare. Sherk says that in exchange, governors and mayors have had to promise benefits that taxpayers couldn't afford.

Many union officials take issue with that. Art Pulaski of the California Labor Federation says government employees may get somewhat better benefits than those who work for private employers, but they earn a bit less considering their education and skill levels. And they have recently had to endure pay cuts and layoffs.

"I think it's very important not to blame public workers for the crisis our cities and towns face right now," Pulaski says. "I think you really need to look at the cause of the economic crisis, the mess that we're in, and that really goes back to what happened on Wall Street."

Still, labor officials acknowledge that resentment is building against them and they are watching the current protests in Wisconsin with some trepidation. Wisconsin was one of the first states to allow collective bargaining by government workers. Lichtenstein says that if Wisconsin succeeds in curtailing their bargaining power, it will send a strong message across the country.

"Unquestioningly. If it happens in Wisconsin, it'll be put on the agenda in Ohio, Pennsylvania, every state where there's a collective bargaining law for public employees and where there's a fiscal crisis," he says.

If that happens, many union leaders fear public sector unions could see their power erode — just as it has throughout the labor movement as a whole.