Accessibility links
Indonesia And Obama's Personal Path To Democracy As democracy protests spread across Egypt, Bahrain and other Middle Eastern countries, the White House is studying historical parallels. One of those parallels has personal significance to President Obama. 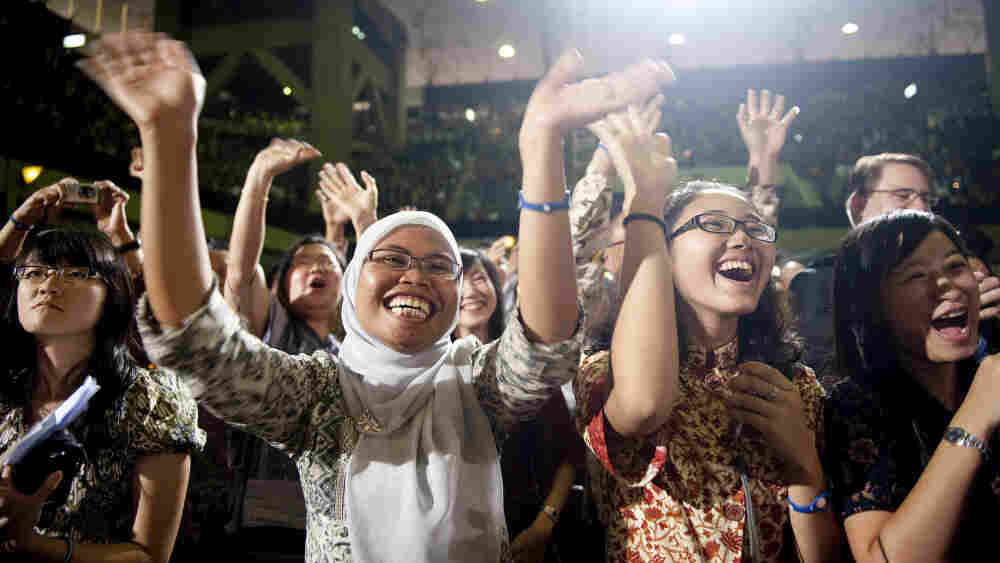 Students cheer as President Obama delivers a speech at the University of Indonesia in Jakarta in November. Jim Watson/AFP/Getty Images hide caption 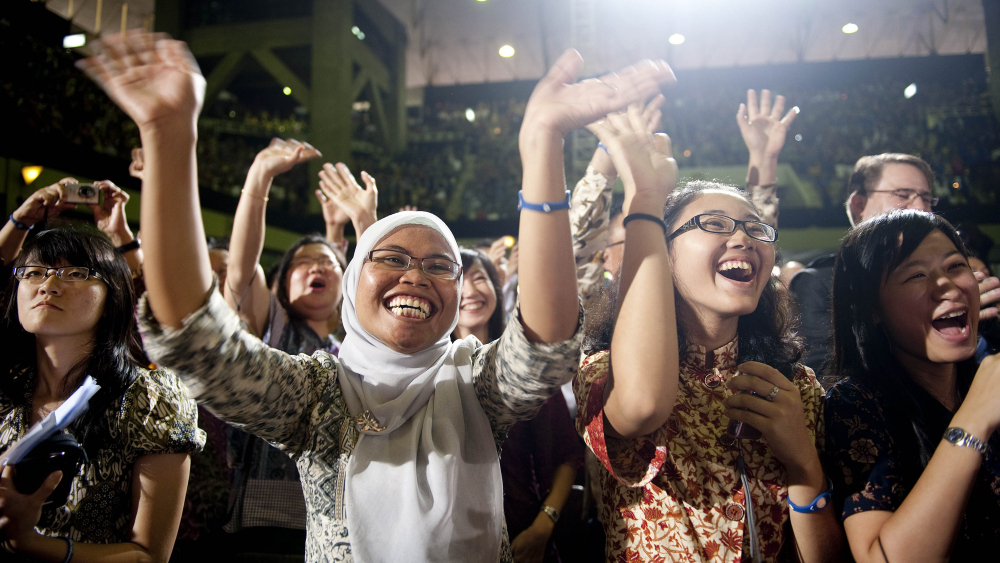 Students cheer as President Obama delivers a speech at the University of Indonesia in Jakarta in November.

As democracy protests spread across Egypt, Bahrain and other Middle Eastern and African countries, the White House is studying historical parallels. One of those parallels has personal significance to President Obama.

In 1967, shortly after a violent crackdown on student protesters in Jakarta, a young woman named Ann Dunham moved to Indonesia with her 6-year-old son.

"Innuendo, half-whispered asides, that's how my mother found out that we had arrived in Jakarta less than a year after one of the most brutal and swift campaigns of suppression in modern times," Obama later wrote in his memoir, Dreams From My Father. 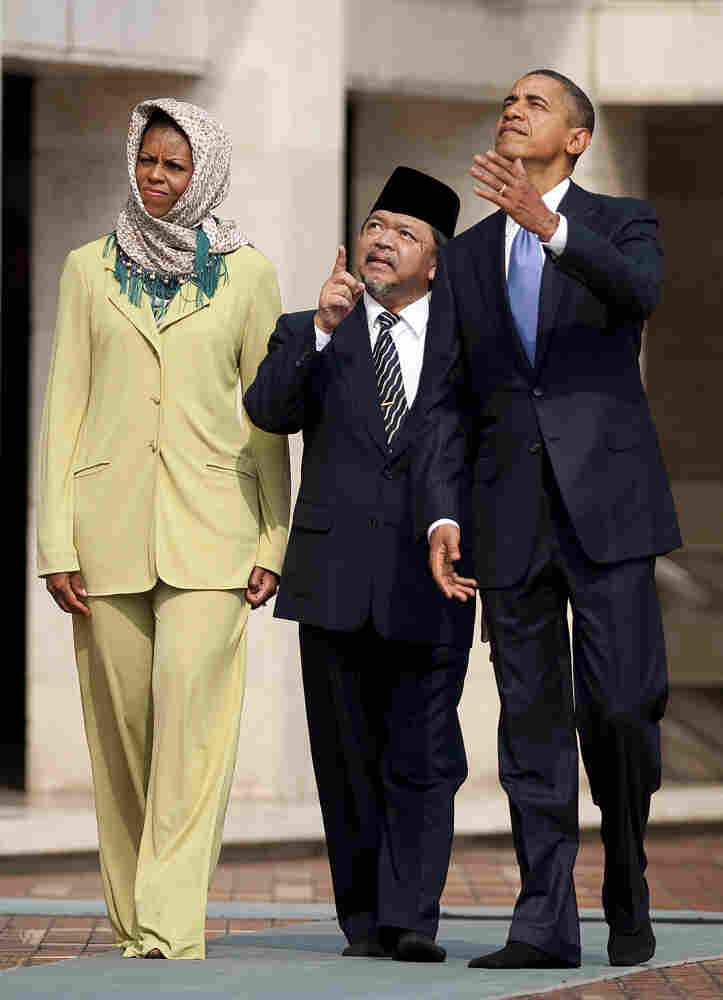 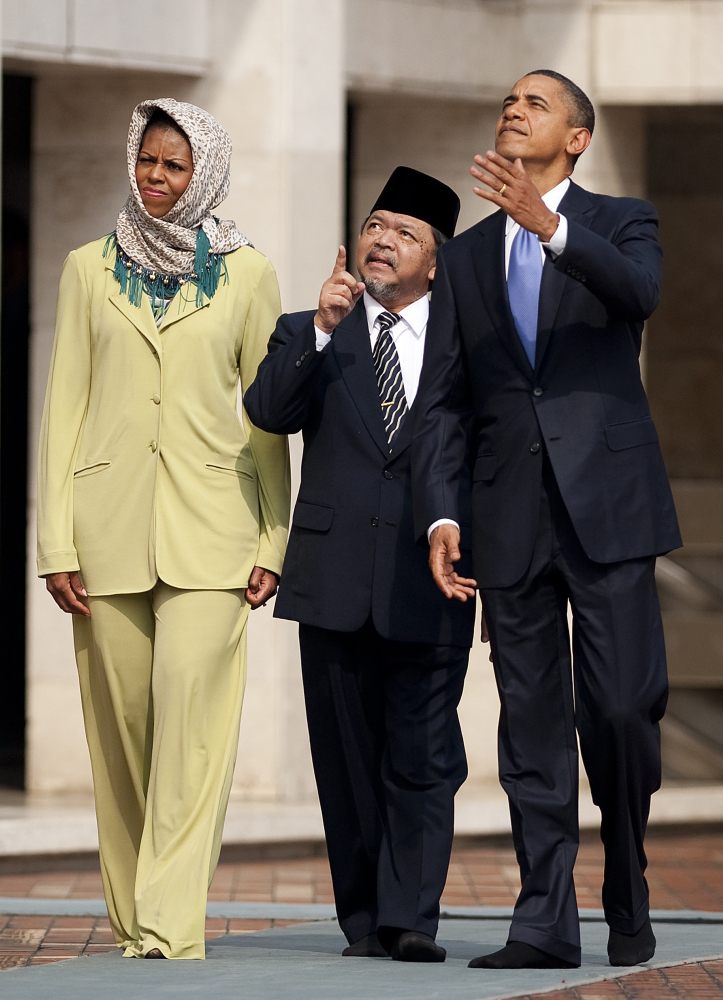 "Word was that the CIA had played a part in the coup, although nobody knew for sure. More certain was the fact that after the coup, the military had swept the countryside for supposed communist sympathizers," he wrote. "The death toll was anybody's guess. A few hundred thousand maybe, half a million, even the smart guys at the agency had lost count."

Obama lived in Jakarta until he was 10. Three decades later, in 1998, the people of Jakarta marched again, and this time, they won.

Today, Indonesia is not only the world's largest Muslim country; it is also a democracy.

Obama returned to Jakarta last November, this time as the president of the United States, and greeted the ecstatic audience in their native language.

"Pulang kampong nih!" he said. The colloquial phrase, roughly translated, means, "I have returned home." At the University of Indonesia, Obama spoke admiringly of the country's transformation "from the rule of an iron fist to the rule of the people."

'Echoes Of History' In Egypt

"We can't help but hear the echoes of history," he said the day Egyptian President Hosni Mubarak stepped down. "Echoes of Germans tearing down a wall, Indonesian students taking to the streets, Gandhi leading his people down a path of justice."

He mentioned Indonesia again during Tuesday's news conference, saying the history of successful transitions to democracy has been one in which peaceful protests led to dialogue, reform and ultimately, democracy.

Every Path To Democracy Is Different

The White House is studying many global models of peaceful democratic transitions, from Europe to Africa, Asia and Latin America.

Donald Horowitz of Duke University, who studies democratic emergence, says there is no carbon-copy model from one country to another. As Tolstoy said about families, every transition to democracy is unhappy in its own way.

"But there are some ideas you can get," Horowitz says. "For example, one way to proceed would be to allow elected officials to draft a new constitution rather than just giving it to a panel of experts and hoping that it will be ratified by the public in a referendum down the road."

Historical models are one thing, but there may also be a more personal way in which Obama's Indonesia experience affects his handling of crises today. Looking at Obama's speeches and writings, democracy scholar Larry Diamond of Stanford reaches the conclusion that "observers and critics have greatly underestimated the degree to which Obama came into office as president with a moral sympathy for these kinds of struggles."

Alliances between the U.S. and the leaders of countries such as Egypt, Yemen and Bahrain have sometimes prevented Obama from siding with the people in the streets as vocally as those protesters might have hoped. But Diamond sees that changing now.

"President Obama is realizing that there is a new and profound convergence between the values and aspirations he holds personally and the strategic interests of the United States," he says.

"If anything, I think that what influenced Obama was his work in community action," says Valerie Jane Bunce of Cornell University, who studies transitions to democracy. "He is very sensitive to people-power kinds of ways of thinking about building responsive government from the bottom up."

Democracy, Bunce says, is a process, not an outcome. It is a process that Obama has participated in throughout his life. Now he is part of it again, from the top instead of the bottom.