Accessibility links
Morocco's Protests Take A Peaceful Turn Demonstrations are under way in Morocco, called by a coalition of youth groups, labor unions and human rights organizations and demanding a new constitution that would bring greater democracy in the North African kingdom. 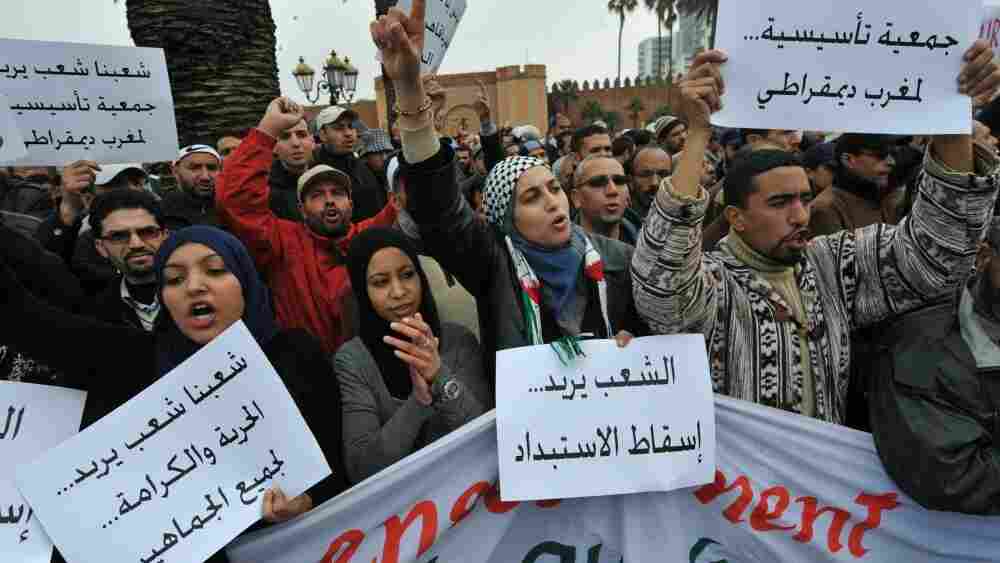 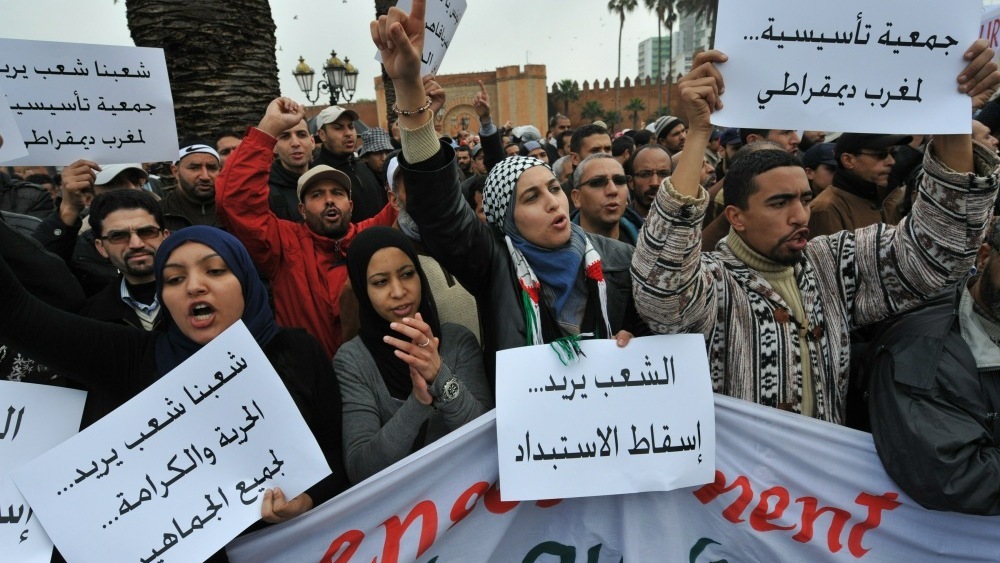 Moroccans demonstrate in Rabat on Sunday.

Demonstrations are under way in Morocco, called by a coalition of youth groups, labor unions and human rights organizations demanding a new constitution that would bring greater democracy in the North African kingdom.

NPR's Tom Gjelten reports that several thousand people marched through the capital Sunday morning on their way to the Parliament building. During an interview on Weekend Edition Sunday, Gjelten tells host Liane Hansen that Morocco's demonstrations are taking a different approach.

"Unlike Egypt and some other Arab countries, Morocco is not really focused on a single city," Gjelten says. "There are actually demonstrations in several cities all across the country today."

Some trouble arose in the cities of Tangiers and Fez on Saturday, but Gjelten reports that overall, demonstrations have been "relatively small — peaceful."

Plainclothes police officers mingled in the crowd in Rabat, but police were generally discreet in the latest demonstration in the Arab world after street protests toppled regimes in Egypt and Tunisia.

Organizers of the Moroccan protests took extra time to prepare for their demonstrations, Gjelten says. They named their efforts "the Feb. 20 movement" to focus on Sunday's activities.

Nonetheless, Morocco is considered one of the Middle Eastern kingdoms least likely to be overthrown, Gjelten says. "There is deep discontent here, there is a long history of opposition, but the opposition movement is very disorganized."

Many protesters were young, convened in part through social media like Facebook, and a small group of Islamists were taking part. The main target of the protest was parliament, not King Mohammed VI.

"King Mohammed VI, the ruler here, is actually personally quite popular," Gjelten reports. "But there's a lot of grievances against what they see as his abuse of his royal power."

The king is not only an important political figure but also a leading economic figure, Gjelten says, with a lot of companies closely tied to him. Some resent that the king is considered the official guardian of Islam in the nation. "The Islamic groups feel that he's not really justified in claiming that," Gjelten says.

He says the goal of Morocco's demonstrations is to move more toward a constitutional monarchy, and so far, on the streets at least, there seems little opposition. "I have seen some policemen," Gjelten reports, "but they're mostly staying in their vans; they actually seem to be sleeping on the job."