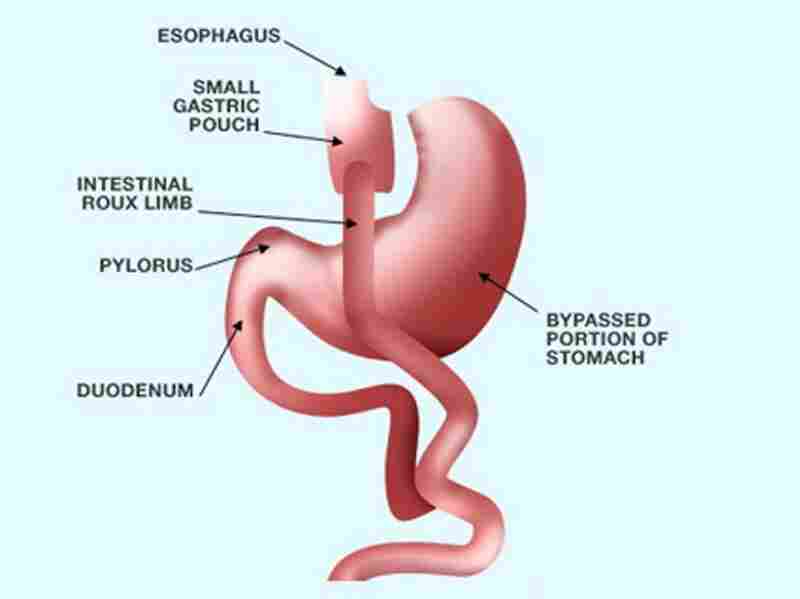 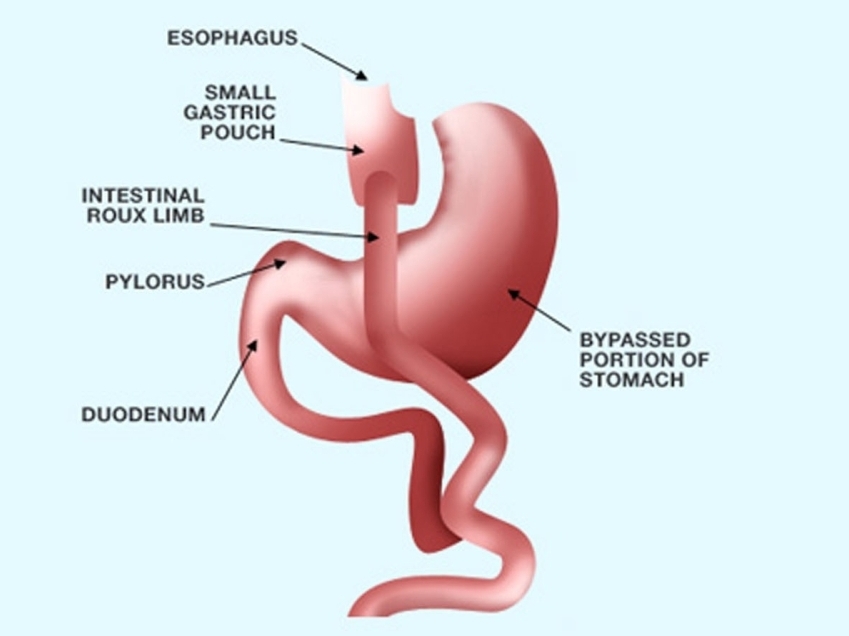 Gastric bypass procedures (GBP) divide the stomach into a small "gastric" pouch and a much larger, lower "bypassed" pouch. The operation makes the stomach smaller and makes the patient feel full faster.

Tennessee's state Medicaid program faces hundreds of millions of dollars in budget cuts in the coming months. The program, known as TennCare, won't pay for overweight patients to get counseling from dietitians, but it will pay for the morbidly obese to lose weight through surgery, such as gastric bypass.

That has led some critics to complain that TennCare won't pay for an ounce of prevention but will pay for a pound of cure.

Two years ago, Jane Leck weighed more than 250 pounds, and TennCare was paying for her heart and blood pressure medicine. She's in her mid-40s and was pre-diabetic.

"I've always battled obesity, genetically," Leck says. "I have family members that are all obese."

Leck says she has been close to a normal size only when taking diet pills. But after she quit because of side effects, she gained back her old weight and more.

Eventually TennCare paid for her to have a gastric bypass. Surgeons gave her less of a stomach so she feels full faster and eats less.

She has since gotten rid of almost all of her old clothes.

It's like saying we're going to fill your cavities, but we're not going to ever pay for you to get your teeth cleaned, or teach you how to brush your teeth.

To show how much weight she has lost, she leafs through a swap rack for obese people at her former clinic where patients drop off old clothes as they slim down.

She pulls out her old, size 3X jacket.

"Before surgery I could barely zip it," she says. "And now me and another person can get in it and zip it, so I've lost a whole person."

'A Pound For Cure'

Leck figures the gastric bypass saved TennCare money because she's off all of her old medicines and says she would have otherwise needed heart surgery and other operations.

The average price of such operations to TennCare, including facility costs, is about $20,000.

Almost all state Medicaid programs cover bariatric surgery. But only about half pay for diet counseling, and dietitian Sarah-Jane Bedwell says Tennessee isn't one of them.

"It's like saying we're going to fill your cavities, but we're not going to ever pay for you to get your teeth cleaned or teach you how to brush your teeth," Bedwell says.

'An Ounce Of Prevention'

Bedwell helps people fine-tune eating habits and goes grocery shopping with clients. But TennCare won't cover her services, for which she charges $75 an hour.

Bedwell contends that she's much cheaper than a surgeon. And that's an argument TennCare hears a lot of.

"For any benefit that we don't offer through the TennCare program, there is someone that would argue that it would be cost-effective for us to offer a new benefit," says chief medical officer Wendy Long.

There's really no evidence ... that providing [dietitian] services would result in a decrease in medical cost.

While Tennessee ranks among the nation's fattest states, TennCare's budget is stretched thin because of sagging tax revenues. Long says if paying for dietitians saved the state money, they'd do it.

"But there's really no evidence to support the fact that providing those services would result in a decrease in medical cost, certainly not immediately, and even in the longer term," she says.

Long says patients on TennCare do get dietary counseling, but from physicians, not dietitians. And she argues that TennCare's hands are tied by a legal requirement to cover bariatric operations.

Dr. Ronald Clements, head of bariatric surgery at Vanderbilt University Medical Center, sees no problem with the state paying for a gastric bypass.

"The biggest bang for the buck in treatment of obesity is bariatric surgery, hands down — nothing else comes close," Clements says. "However, only a small percentage of obese patients qualify for it."

Patients have to be particularly obese and possibly sick before they're even considered for bariatric operations.

Clements says such obese people almost never keep weight off by any means other than surgery. As to whether diet counseling could keep other people from reaching that point, Clements says that's hard to know.