Accessibility links
There Are Quiet People In All Walks Of Life Justice Clarence Thomas rarely speaks during a Supreme Court argument. Perhaps he reserves his opinions for private conversations with the other justices. Quiet People can be quite social and sociable. They just don't say much. 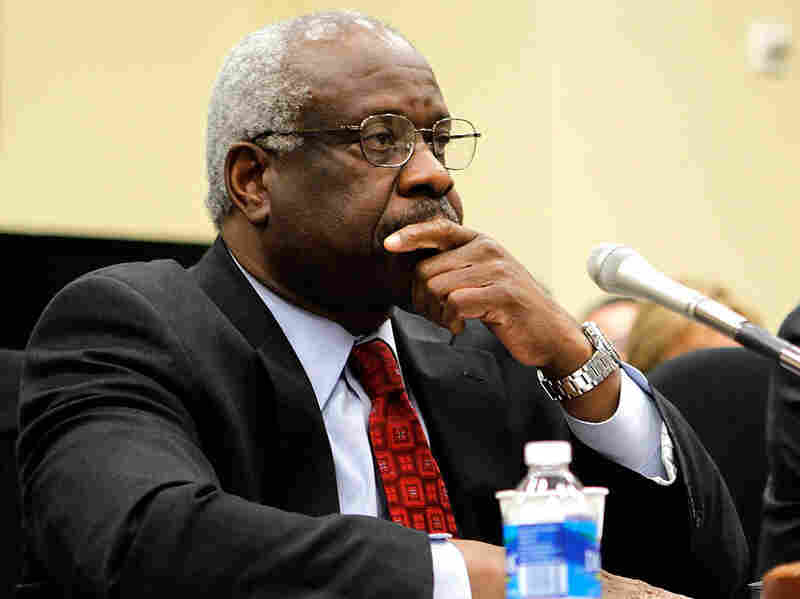 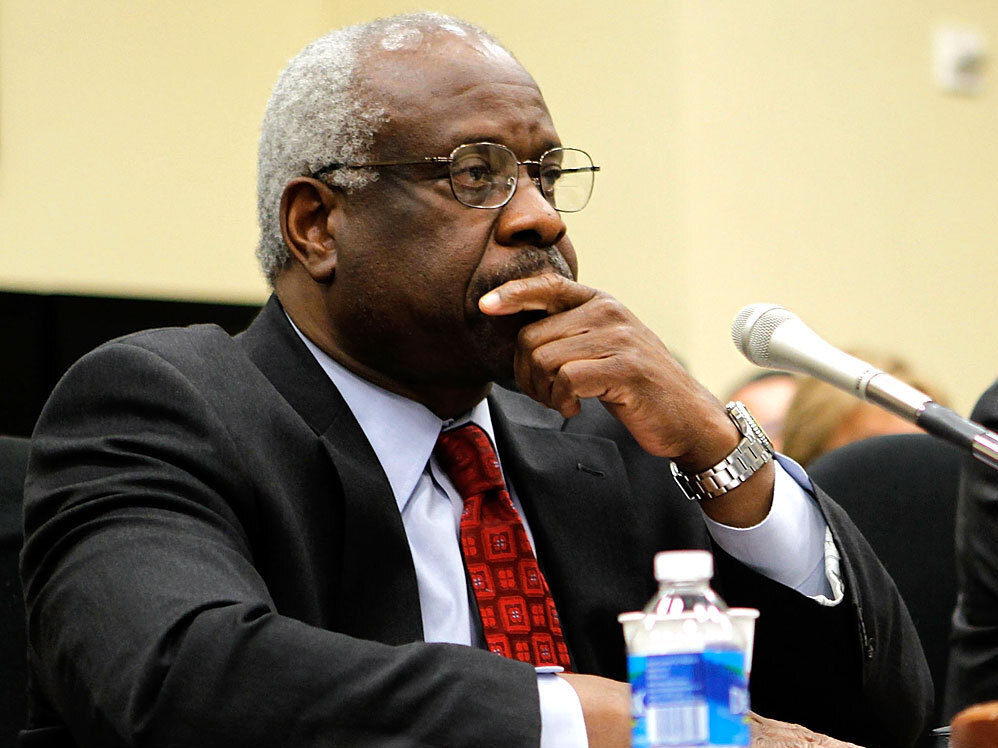 Justice Clarence Thomas has not spoken during a Supreme Court argument in five years, according to a recent New York Times story. In the past 40 years, no other member has been totally silent through a whole term — not to mention, five terms.

That could change when the nine justices reconvene after a midwinter vacation on Tuesday. But it probably won't.

Reporter Chris Cillizza, in a Washington Post videocast, puts forth several possibilities for Thomas' taciturnity: Perhaps Thomas is embarrassed about his speaking voice. Maybe Thomas chooses to let the lawyers before the court argue their cases without distraction. Or maybe Thomas reserves his opinions for private conversations with the other justices in chambers.

Whatever the reasons, there is a lot of talk about Thomas' lack of talk. And much speculation about his speechlessness. But the truth is: There are Quiet People in all walks of life.

Loud People, of course, get all the attention. But if we stop talking for a second and look around, Quiet People are everywhere. They are in the corner at the soiree, drinking something clear with a lime and stirring gently with a swizzle stick. They are at the dinner table, knowing when to pass the rice pilaf without being asked. They are on the basketball team, staying late, running ladders, working on their free-throw shooting. They take notes in class, don't use cell phones in hospital hallways, never whistle or hum or exhale loudly.

The Guide To Quiet 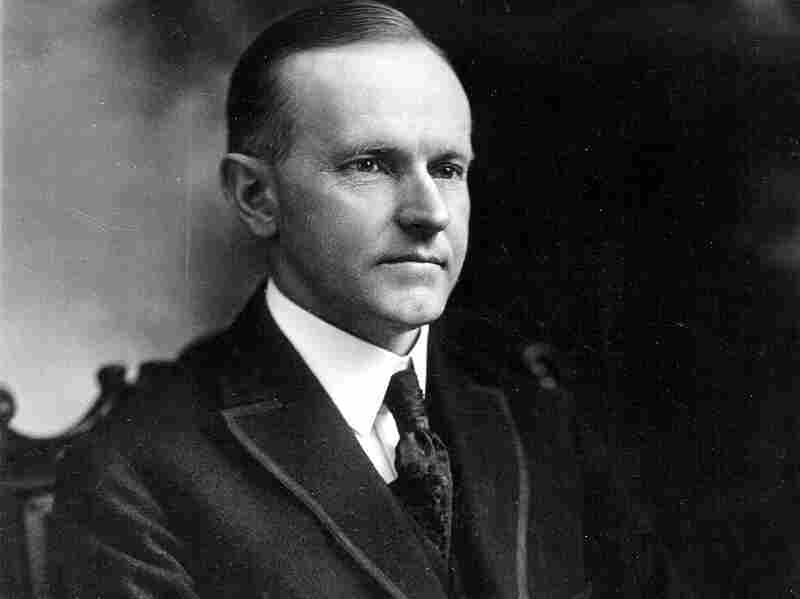 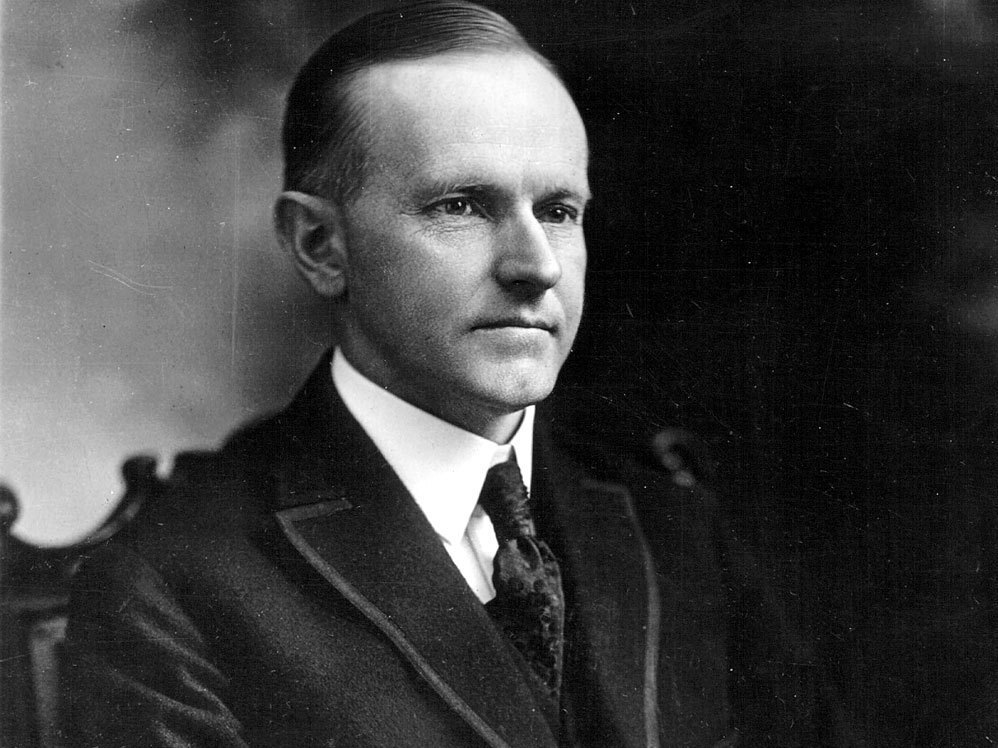 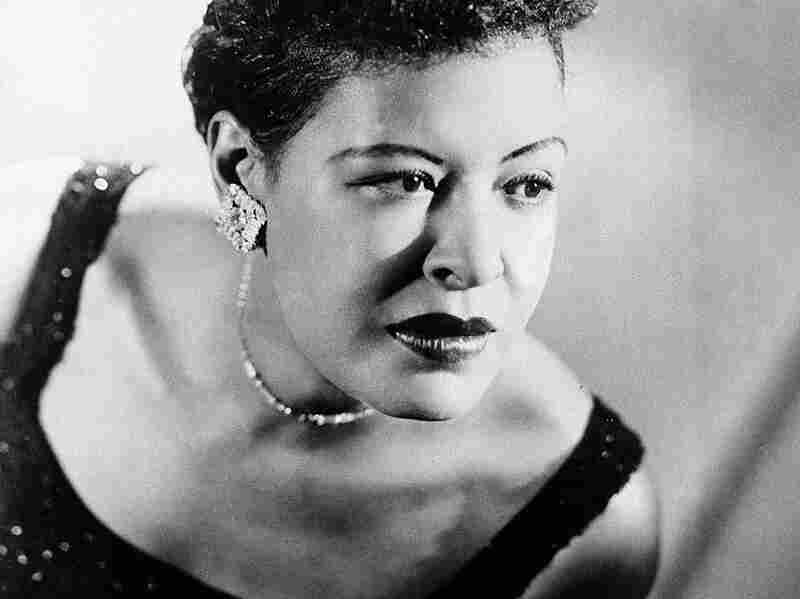 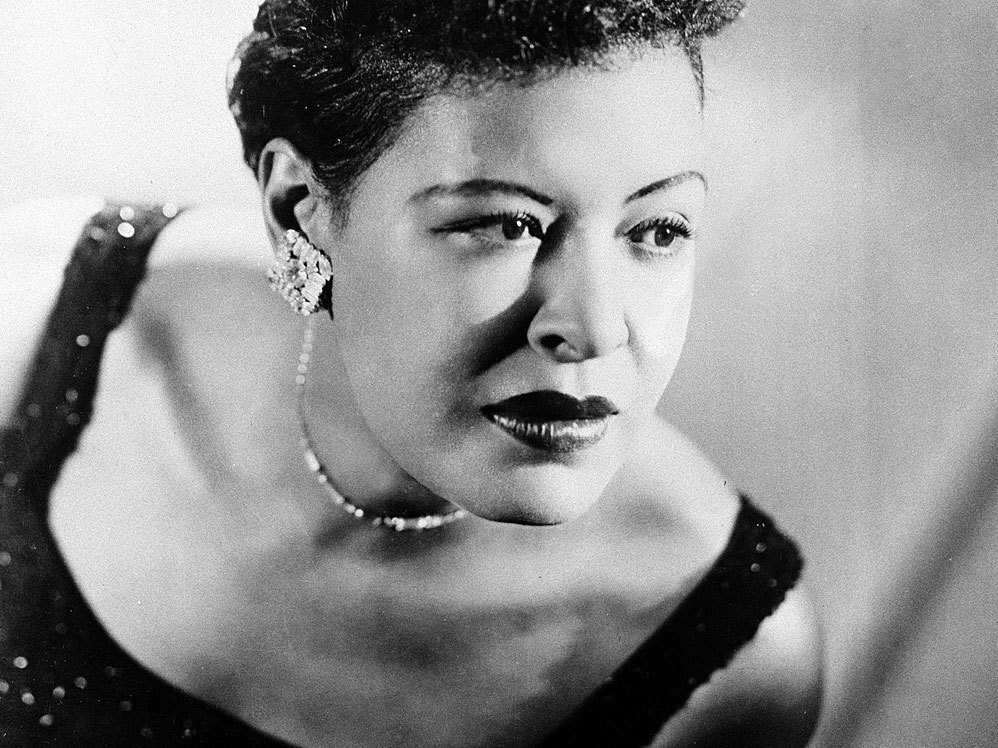 Billie Holiday (1915-1959): "She was an extremely quiet person who liked to laugh. But quiet." —- from Billie Holiday: Wishing on the Moon by Donald Clarke 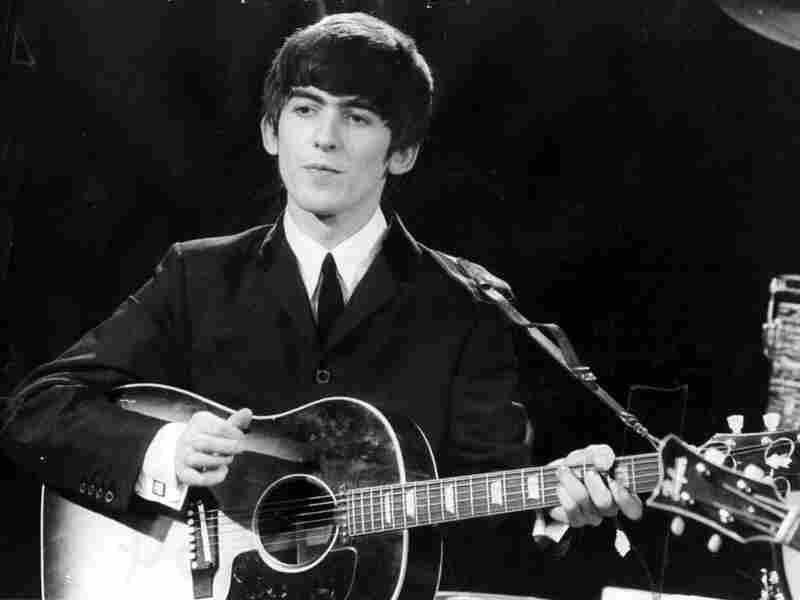 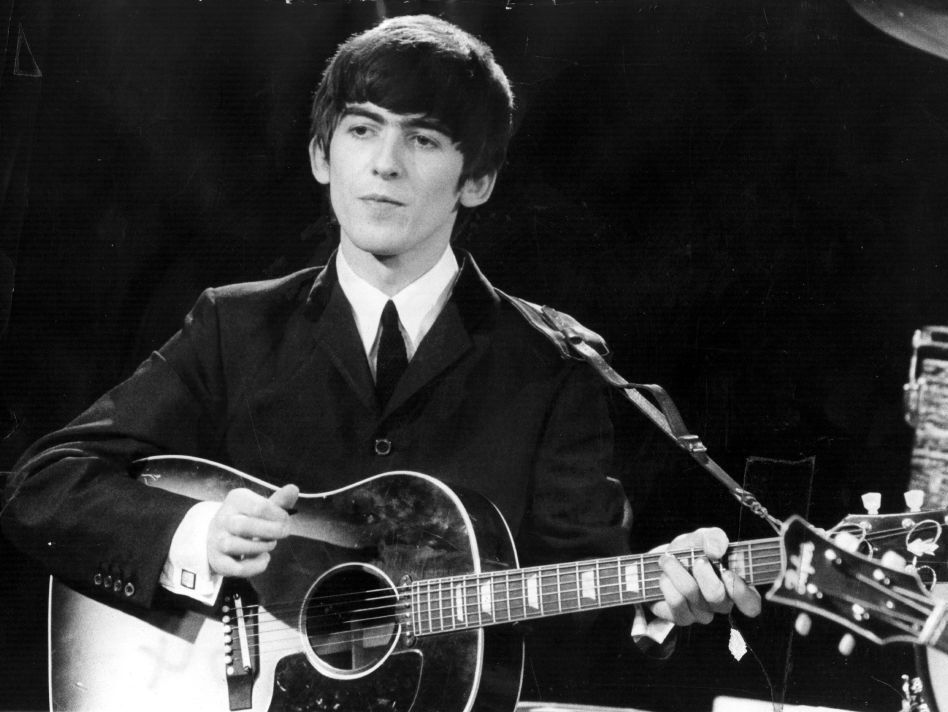 "The Sound of Silence" by Simon and Garfunkel

Quiet People are different from loners or introverts or recluses.

And quietness is not the same as shyness. Those who are shy keep to themselves and shy away from others. Quiet People, however, find it easy to be around other people. They can be quite social and sociable. They go to parties. They can have lots of friends. They get elected president — Calvin Coolidge. They become a famous singer — Peggy Lee. They sit on the Supreme Court — Clarence Thomas. They just don't talk much.

There are two kinds of Quiet People, says Nicholas Christenfield, a psychology professor at the University of California, San Diego. "There are people who wish to talk, but are too timid to do so" and there are those who "simply choose not to say much."

Christenfield specializes in researching human communication. He is exploring the idea of "volubility," the opposite of quietness. But in his studies, he has found two basic notions of why people remain quiet, "which my research has attempted to untangle," he says. "One is that their minds are less fertile, and fewer expressible thoughts occur to them."

The other idea, he says, "and the one most people intuitively embrace, is that their minds are at least as productive, but their threshold for saying things out loud is much higher. In this case, the average utterance of a Quiet Person should be of higher quality than that of a talkative one. They have had mediocre thoughts, but declined to share them."

A Man Of Few Words

Though Coolidge didn't say much, he was no intellectual slouch. According to the White House's official biography, "Silent Cal" is considered the most remote of presidents. He once explained to financier Bernard Baruch why he chose to be so quiet during interviews: "Well, Baruch, many times I say only 'yes' or 'no' to people. Even that is too much. It winds them up for twenty minutes more."

Talk begets more talk and Quiet People don't like talk so much.

Two more stories from the White House archives about Coolidge: "His wife, Grace Goodhue Coolidge, recounted that a young woman sitting next to Coolidge at a dinner party confided to him she had bet she could get at least three words of conversation from him. Without looking at her he quietly retorted, 'You lose.' "

And while on vacation in South Dakota's Black Hills, Coolidge let out another iconic laconic utterance: "I do not choose to run for President in 1928."

Google the term "Quiet People" and you will be amazed at the animosity — and discomfort — some people feel around Quiet People.

"QP tend to make me nervous," writes one blogger.

"Why are Quiet People weird?" asks another.

Anneli Rufus, author of Party of One: The Loners' Manifesto, has thought a lot about the difference between loners and Quiet People. "Loners," says Rufus, who considers herself one, "tend to be quiet most of the time because, most of the time, we're alone. We loners usually feel quite calm and collected and even joyous in times of silence — unlike really social people, who seem unable to tolerate silence."

On the other hand, Rufus says, Quiet People "treasure silence for its own sake. They wouldn't want careers that require lots of talking."

And Quiet People, she continues, "might have lots of friends — which loners don't."

In fact, she says, Quiet People with lots of friends are really the "good listeners" and the "supportive audiences," who are "always ready with a smile or an encouraging glance or a warm laugh when others — the Loud People — need validation and backup."

So does the from-the-bench silence of Thomas increase his efficacy? Is he able to quietly bring the opposing sides of an argument together? NPR's Nina Totenberg, who covers the Supreme Court, says, "Because we can't know if Justice Thomas talks internally at the justices' conferences, I don't think we can really make an assessment of just how effective he is."

And that, Totenberg adds, may have an effect on the quiet man's effectiveness and influence. But why Thomas is so quiet remains an enigma.

For Christenfield, Quiet People in general are a mystery. But, "in some ways, the greater mystery is why the talkative talk," he says. "One learns, presumably, from listening, and silence is not generally dangerous."

But, he adds, "there appears to be some need, in some people, to fill all spaces with inane chatter."