Accessibility links
American's CIA Ties Imperil Pakistan Cooperation The revelation that American Raymond Davis was a CIA operative has only heightened tensions between the Pakistani intelligence service and its U.S. counterpart. 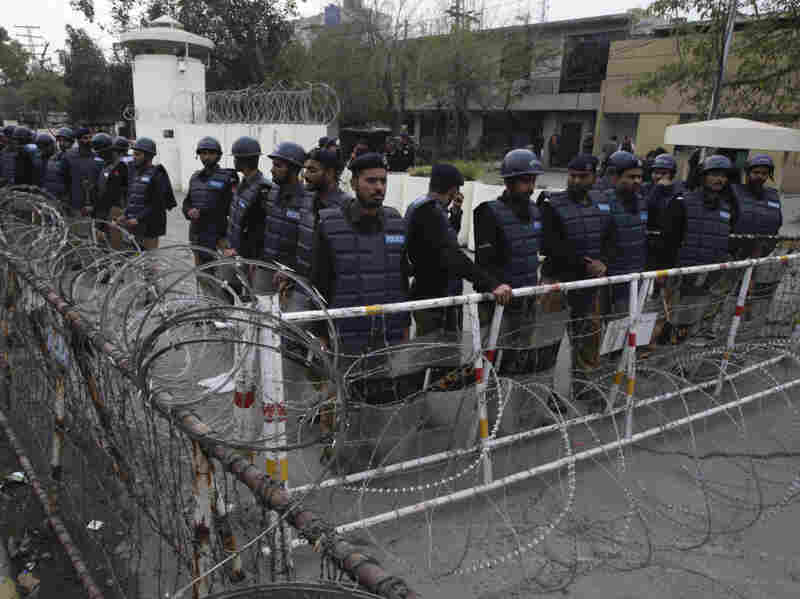 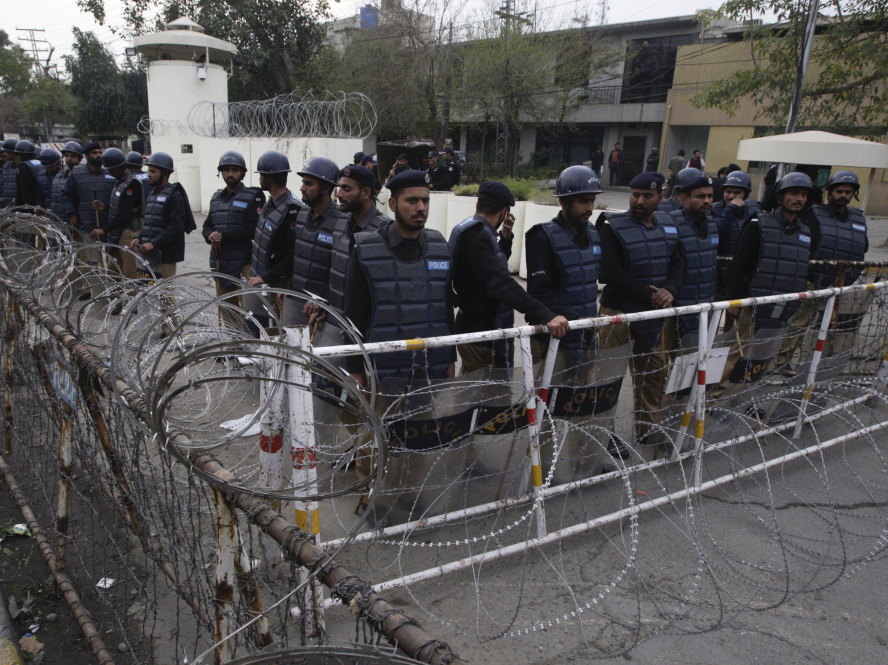 Revelations that Raymond Davis, the American jailed in Pakistan for shooting two men, was secretly working for the CIA is endangering relations between the intelligence agencies of the two countries.

And the disclosure has only deepened public skepticism about what the United States is doing in Pakistan.

The ordeal that has tested U.S.-Pakistan relations had stretched nearly to one month before the Americans revealed what Raymond Davis does. He works for the CIA as a contractor providing physical security to American officials in the region, a U.S. official familiar with the investigation confirmed Monday.

The CIA team Davis was affiliated with in Lahore reportedly tracked down Pakistani militant groups, but a U.S. official who would speak only on condition of anonymity denied that Davis himself was involved in surveillance of militants or spying.

A senior official with Pakistan's intelligence agency, the ISI, also unauthorized to speak on the record, wondered "how many other Raymond Davises were running around."

The same official said the incident that blew Davis' cover and killed three Pakistanis "has virtually thrown into question" CIA-ISI relations, which had been improving.

"The onus of not stalling the relationship now rests squarely on the CIA," he added.

Analyst and author Ayesha Siddiqa says that from the Pakistani agency's point of view, rules were flouted, and the Americans appeared to have set up a parallel structure in Pakistan.

"There is a fair amount of cooperation going on fighting the war on terror," says Siddiqa. "But what the ISI suspected, and it probably saw, was that there were these operatives who went beyond the regular channels of cooperation between the two countries and were doing something of their own."

A document provided to NPR shows that Davis is assigned to the U.S. Embassy's staff and is thus entitled to immunity. But the revelation that Davis is also CIA confirms the deepest suspicions of many Pakistanis who questioned what a diplomat was doing in a dodgy area of Lahore when he expertly dispatched two men — fatally shooting them — after he said they threatened him with guns.

Mosharraf Zaidi, a columnist for The News in Pakistan, says Davis represents the thin edge of a "covert war," which includes, for example, the CIA drone missile program. He says that both the United States and Pakistan believe the war is merited to beat back a threat to their national security. But for all the problems it may be solving, it's also creating significant new ones.

"There is a covert war going on, and neither country is in a position to embrace that and to be transparent about that," Zaidi says. "And if you can't be transparent about something, and people are dying in the obfuscation and the lack of that transparency, you have a real serious public policy problem ... in the U.S. and ... in Pakistan."

Siddiqa says the anti-Americanism produced by the Raymond Davis case is at levels she's never before seen. It presents Pakistan with a chance to recalibrate its "strategic calculation," which until now had been configured against India, she said.

"What is now added on is anti-Americanism, anti-Westernism, confidence that the nuclear weapons give Pakistan the right to a) expand its influence and b) to look the United States in its eyes and say, 'I'll compete with you, I'll contest you,' " Siddiqa says.

The worst-case scenario for Davis, Siddiqa says, is that he is tried in Pakistan, convicted of murder and sentenced to death. But despite the soured relations between the powerful intelligence communities of both countries, she expects a compromise.

"I think they want to settle somewhere in the middle," Siddiqa says. "The timing and what it will cost the U.S., that's the unknown."