Accessibility links
Foreign Policy: How The West Got Gadhafi Wrong From Italian Prime Minister Silvio Berlusconi to former British Prime Minister Tony Blair, leaders all over the West have been getting cozy with Libyan leader Moammar Gadhafi for years. Cameron Abadi of Foreign Policy offers a glimpse into the relations between Gadhafi and the West, before protests had caused things to sour. 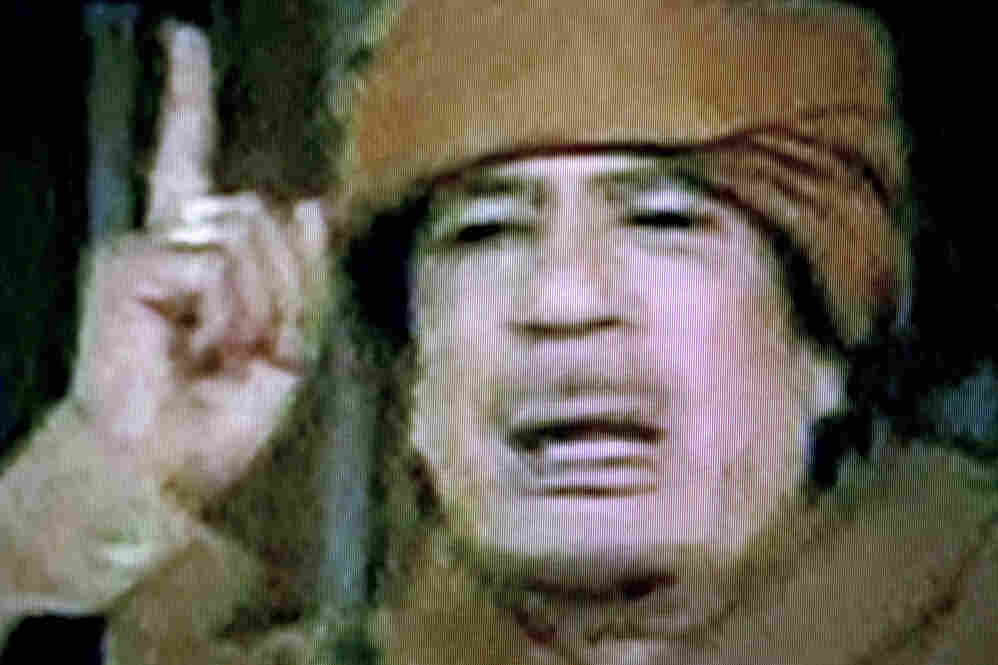 A picture of a screen taken from the television on Tuesday shows Libyan leader Moamer Kadhafi gesturing while delivering a nationwide address in Tripoli. Kadhafi said he will stay in Libya, and vowed to fight to "his last drop of blood." Joel Saget /AFP/Getty Images hide caption 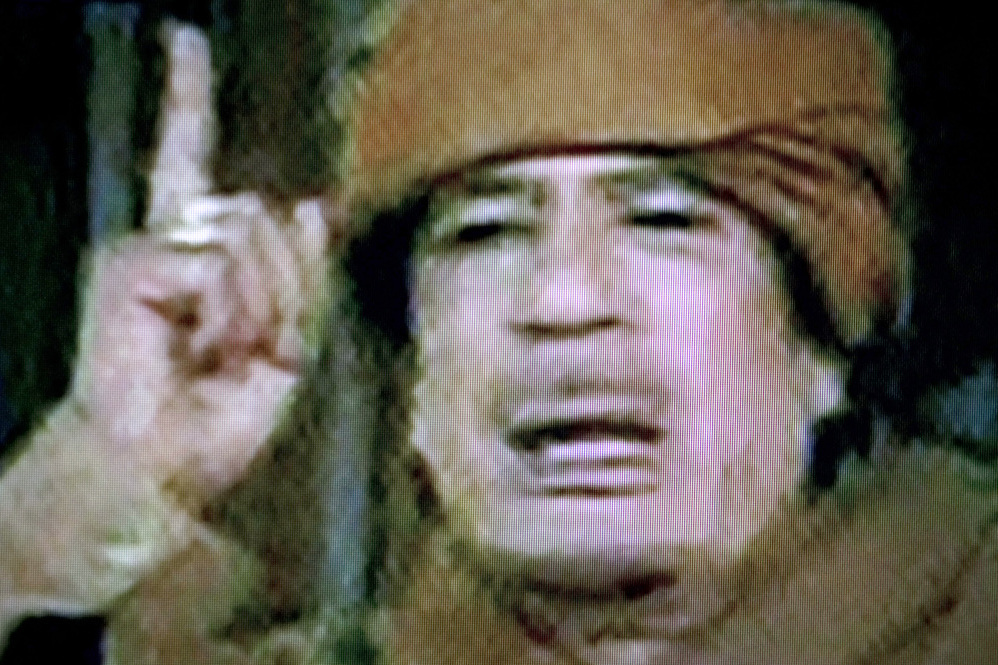 A picture of a screen taken from the television on Tuesday shows Libyan leader Moamer Kadhafi gesturing while delivering a nationwide address in Tripoli. Kadhafi said he will stay in Libya, and vowed to fight to "his last drop of blood."

Cameron Abadi is an associate editor of Foreign Policy.

When Moammar Gadhafi assumed power in Libya in 1969 by means of a military coup d'etat, he seemed intent on cultivating the status of international pariah: He banned all political opposition, loudly advocated sweeping Islamist ideologies that demanded the reordering of the international system, picked territorial fights with neighbors, and supported terrorists from the Irish Republican Army to the Palestine Liberation Organization. If his goal was to isolate himself and his country, Gadhafi was largely successful in his first three decades as head of state, even earning comprehensive U.N. economic sanctions.

But if Gadhafi never admitted the error of his ways, he eventually learned how to minimize the effect his erratic personality and repressive political inclinations had on his regime's pursuit of stable relations with the rest of the world. By the time Gadhafi renounced the pursuit of weapons of mass destruction in 2004, the international community was eager to begin patching up relations. Gadhafi made up for his years of solitude with a number of high-profile trips to Europe, as well as to the U.N. — though the lingering effects of isolation expressed themselves in his sometimes bizarre behavior and statements. Once interpreted as signs of pathology, Gadhafi's eccentricities were redefined as mere personality quirks.

But now that Gadhafi's brutality has returned full force — with his giving orders in recent days for indiscriminate attacks on protesters throughout Libya — there are more than a few in the West who may wish they can forget these past several years' worth of photo ops. 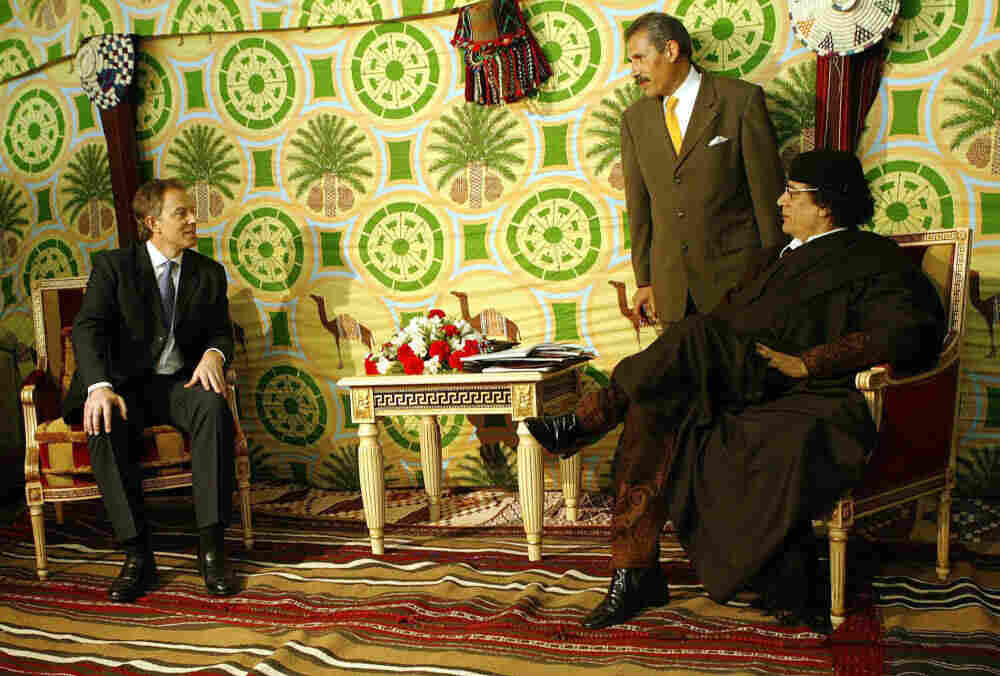 Britain traditionally has had fraught relations with Gadhafi's regime: Not only was the 1988 Lockerbie bombing perpetrated on British territory, but in 1984 a London police officer was killed in St. James Square, apparently by Libyan Embassy personnel shooting into a crowd of protesters (though the subsequent investigation was forestalled by Tripoli's invocation of diplomatic immunity).

So it was particularly controversial in Britain when then-Prime Minister Tony Blair arranged to visit Gadhafi in February 2004, declaring, "It does not mean forgetting the pain of the past, but it does mean recognizing it's time to move on." In fact, Blair chose to make Libya's opening to the West — and its continued domestic economic reform and international moderation — a major priority of his foreign policy. In the weeks before the trip, he praised Gadhafi for giving up his nuclear weapons program and thanked him for contributing to the fight against Islamic terrorism.

The meeting in Tripoli, however, wasn't entirely focused on such lofty matters. Shortly after shaking hands with the Libyan leader on Feb. 24, Blair announced that the Anglo-Dutch oil company Shell had inked a deal for gas exploration rights off the Libyan coast worth $550 million. It was later revealed that Blair had personally lobbied the Libyan leader for the deal, using a letter drafted for him by Shell.