Accessibility links
A Push For More Women On Corporate Boards Women's participation on Europe's corporate boards averages about 12 percent, far less than the proportion of women in politics. European countries are debating whether to follow the path Norway has taken and enact laws that require that at least 40 percent of board members be women. 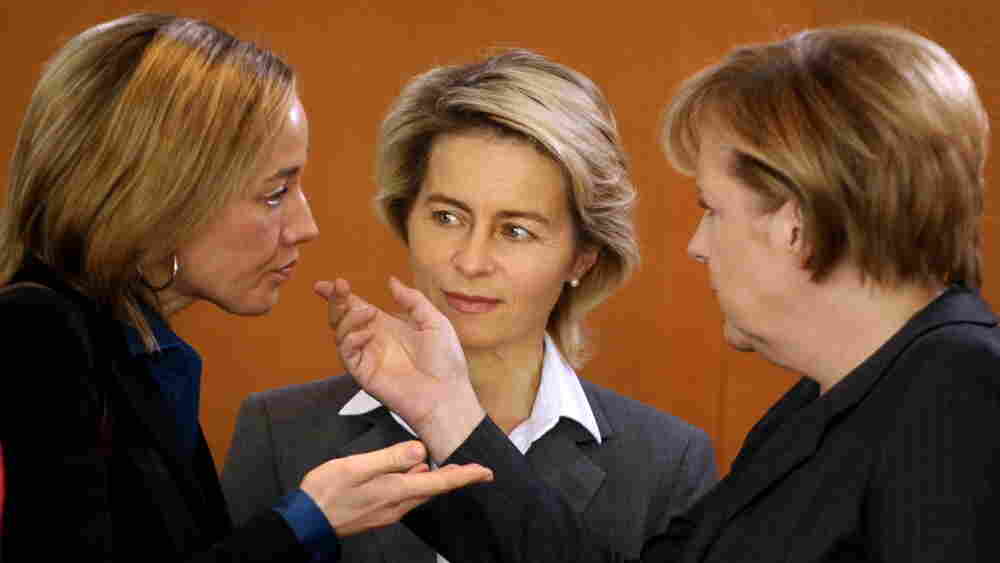 Women In The Boardroom

A Deloitte study compares the percentage of women serving on corporate boards in a dozen countries, half of which have laws or pending legislation setting quotas for membership by gender.

The chief executive of Germany's largest bank, Deutsche Bank, recently said that a woman on his company's board of directors would make the board "more colorful, and prettier."

Josef Ackermann's comment sparked an outcry, in part because it comes as his country debates a law that would require companies to put more women on corporate boards. (Currently there are no women on the board of Deutsche Bank.)

Great Britain is also debating this question. France is phasing in a law. Spain has had a law since 2007. All would follow Norway, which in 2005 passed a law mandating that at least 40 percent of corporate boards' members be women.

Adrian Wooldridge, a columnist for The Economist magazine who writes about business trends, tells NPR's Steve Inskeep that in many parliaments there is a sense that companies should be more representative of the population.

"You see some parliaments where you are beginning to get up to 50 percent representation in parliament," Wooldridge says, "so these politicians sit back and think, 'Why is the corporate boardroom so different?' "

Wooldridge says the debate over how to increase those numbers comes down to whether governments should require quotas for women or whether companies should let the market drive such appointments. He takes the latter position, and opposes quotas. "I don't think it's the business of governments to micromanage companies. It should be done by markets, by shareholders," he says.

But he cites strong arguments in favor of having more women in top decision-making roles, including their sensitivity to work-family issues. He concedes that the only way to increase the number of women on boards more rapidly is to use quotas.