Accessibility links
In 'Pina,' Filmmaker Wim Wenders Says 3D Creates 'A New Realm Of Documentary' German filmmaker Wim Wenders just premiered his latest documentary, Pina, at the Berlinale film festival. The documentary, an homage to the late dancer and choreographer Pina Bausch, uses 3D to create a sense of intimacy and accessibility with the dancers, all of whom are part of Bausch's ensemble, "Tanztheater Wuppertal." 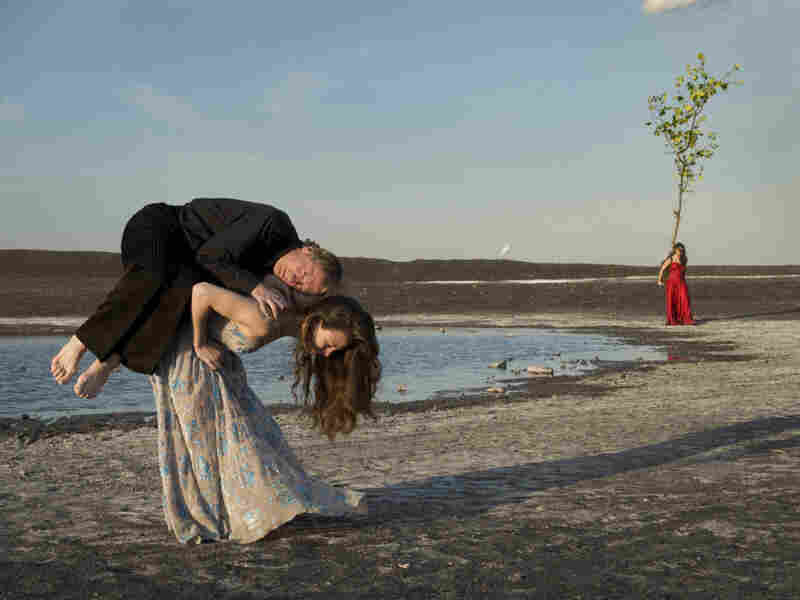 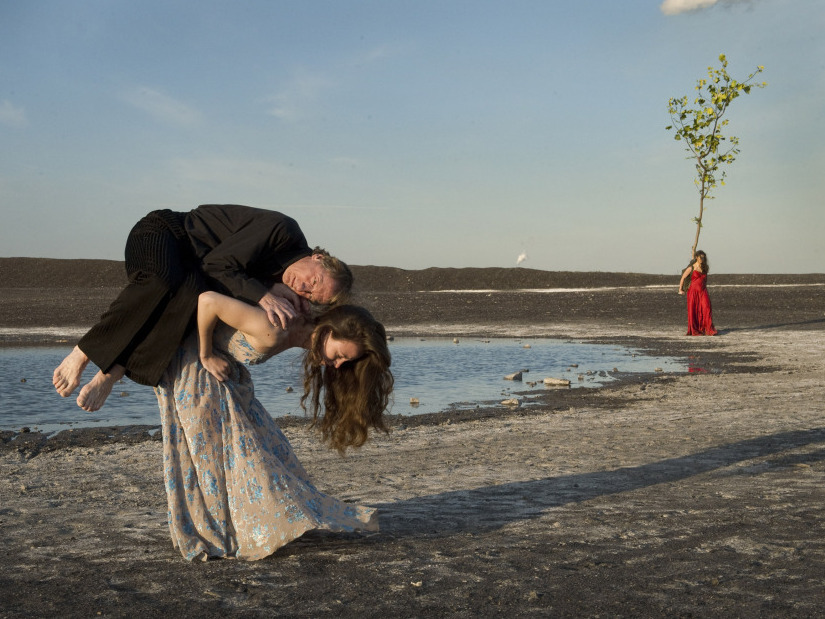 German filmmaker Wim Wenders had always hoped to make a film with Pina Bausch, but when the influential German dancer and choreographer died in June of 2009, Wenders had to rethink their project.

Instead of a collaboration between the two artists, Wenders decided to create a film that became an homage to Bausch.

And even though he had to make the film without her, Wenders says she was still present.

"Is it what I promised you Pina? She was looking over my shoulders more strictly than if she'd been there because Pina was very gentle."

"Cafe Müller," one of Bausch's earlier productions, meant a lot to Wenders when he saw it for the first time in 1985.

It marked the beginning of their friendship.

Set in a gray space, bare except for some coffee tables and chairs, six performers with eyes closed move trance-like trying to find each other.

"I've seen it quite often with Pina and as it's about sleepwalkers and about all the themes that appear in Pina's entire work: about men and women, about rejection, hope, and hate, and love," Wenders says.

Shot in 3D, the screen disappears in the film. The viewer becomes unusually close to the dancers, with their rich personalities and unique bodies. Some of them worked with Pina Bausch for decades and do speak about their mentor, but perhaps more touching are their short solo performances filmed outside the theater in the streets of Wuppertal, the city's suspended monorail and nearby industrial landscapes surrounding them. 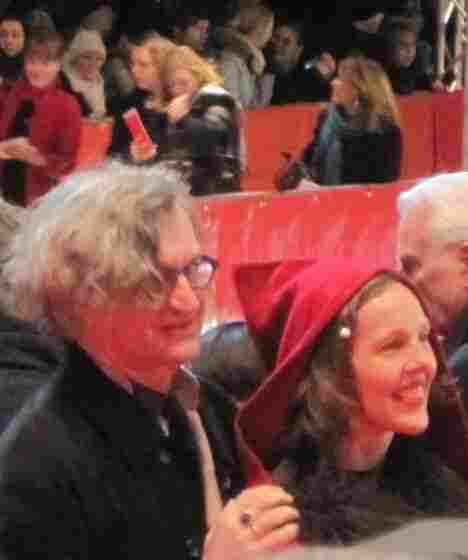 The dancers put their personal memories of Bausch into movement. Once female performer falls forward, again and again, each time to be caught at the last moment by her male counterpart.

"These are very open people who were able to obey to Pina's first rule, and that was truth," Wenders says. "Her aim was not to have the best dancers in the world but to have the best people in the world. That was her ensemble, and of course I didn't bring anything to it. I just started to know them and to love them."

Wenders tried to capture the truth of their performance with an elaborate camera system; a special 3D camera rig was mounted to a crane and positioned between the dancers, which looks like giant eyes.

"In our case, the affinity of dance to the new medium is perfect, and one is a gift to the other. The core of it is that it gives you a different access also to reality, not just to fantasy, but to reality. I think the glorious application in the future will be a new realm of documentary."

Pina the film has only a few images and sound bites of Pina Bausch. She was never really into words, Wenders says. But through the depth of 3D, her work, her love for detail, the language she developed comes alive through the "Tanztheater Wuppertal."

"In a way, her wordlessness became a rule for the film. It needed to explain itself. That quality of her work that it explained itself, that was an incredible lesson I've learned in making this film. It will change my filmmaking, that's for sure," Wenders says.

Pina premiered at the Berlinale Film Festival on February 13th.