Accessibility links
One Woman, 56 Movies: The Oscars Death Race, A Windmill Worth Tilting At One woman takes on 56 Oscar-nominated films in a probably futile attempt to see them all before the ceremony on Sunday night. Will she succeed? Is it worth it? Writer Sarah D. Bunting shares her thoughts.

One Woman, 56 Movies: The Oscars Death Race, A Windmill Worth Tilting At

One Woman, 56 Movies: The Oscars Death Race, A Windmill Worth Tilting At 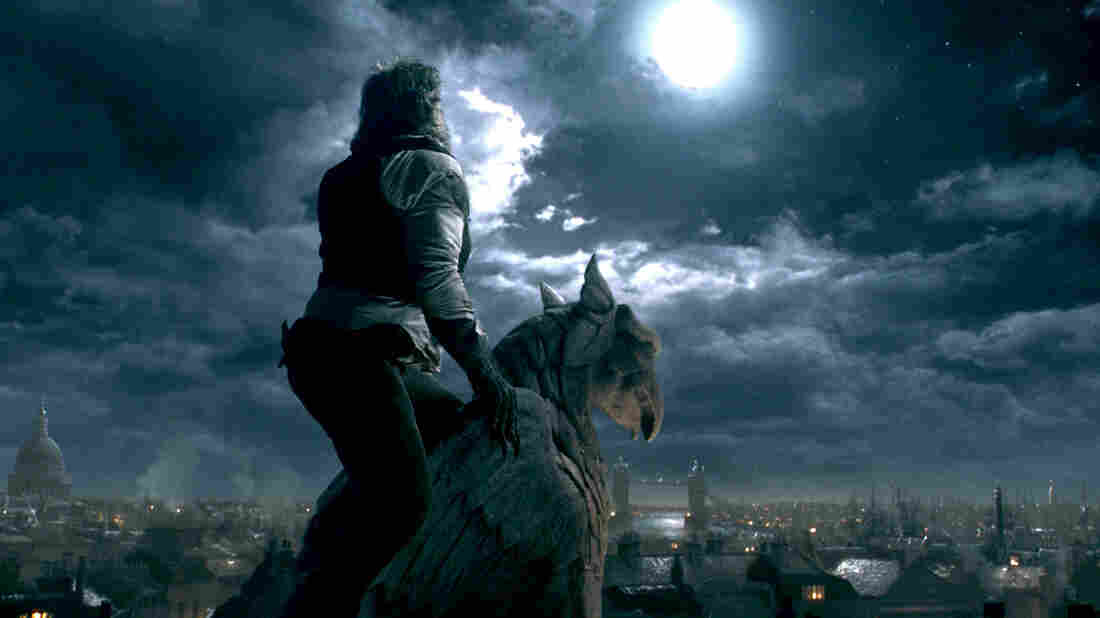 Benicio Del Toro howls in The Wolfman, one of 56 movies nominated for ... something at the 2011 Oscars. Universal Pictures hide caption

For the last two years, I've made it a mission to see every Academy Award nominee before the airing of the Oscar ceremonies themselves.

No no no no no — not just the ten Best Picture nominees. All the nominees, in every single category. Best Supporting Actress, Best Makeup, Best Animated Tap-Dancing Sequence by Domesticated Rodents on a Tightrope Stretched Between Two Battleships: if a movie is up for a statue of any kind on Sunday night, I've watched it. That's 56 qualifying films, my friends, and that is why I call the project The Oscars Death Race.

Why I do it in the first place ... is complicated. Last year, it started out as an experiment, a lark — could one woman, marshalling the forces of theater showings, Netflix, iTunes, cable's on-demand service, screeners wheedled from better-connected friends in media, and the occasional illegal torrent of despair pull it off?

As it turned out, in 2010, I couldn't. I had 61 movies to watch last year; I hadn't seen very many of the obvious Oscar-bait films prior to the announcement of the nominees; I felt shy about asking to go to media screenings of Best Foreign-Language contenders; and in the end, I fell short.

I had to avenge that disappointment in 2011, of course.

I watched a bunch of movies beforehand that I felt sure would get recognition from the Academy. I haunted the IFC Center's website, hoping that fine institution would hook me up by airing the documentary shorts this year (and they did — thanks, guys!). I set up an Excel spreadsheet...and then another Excel spreadsheet. I got my brother and sister-in-law, with whom I share a house, excited about doing it as a family (read: "dragged them down to my quixotic level by overselling the easier and more fun aspects of the quest"). I had five fewer movies to tackle, and I felt confident.

At the same time, as I sat resentfully through Shutter Island because I thought sure it would get nominated for something, then fumed disproportionately when it got bubkes and I'd watched it "for no reason," I had to do some thinking about why I'd returned to the Death Race for another year. I don't get paid to do it (in fact, it costs me money). It makes it functionally impossible to see a film socially with friends, as they often don't care to sit through the obscure documentary du jour and I've already seen anything they'd like to watch instead. It doesn't even help me win the Oscar-party pool! I bit it last year, because I'd gotten emotionally attached to movies that had no chance at all! So what's the point?

Well, the primary point, let's face it, is that I'm stubborn and I don't like to get beat. I will get beat again this year, by an ironic combo of Shakespeare and Gwyneth Paltrow, both of whose offerings (The Tempest and Country Strong) bolted area theaters in record time and screwed me over, which means that I will do it all again in 2012 as a matter of pointless, leisure-time-phagic principle.

The secondary points are more positive, starting with the fact that I can have a knowledgeable conversation about any nominated film. This is handy across a wide range of social situations: cocktail parties, dates, shooting the breeze with my parents' friends, you name it. [Ed. note: Also liveblogging. Sarah will join me Sunday night to cover the Oscars right here in this space. — Linda]

I have also seen all the shorts, which I think is important, because the short form of anything — short stories, short films — is, in my opinion, not properly appreciated on its own merits, but instead is largely seen as a set of training wheels for the longer form. A short story or short film often seems to exist only as a tryout for a novel or a feature; I think our culture would be more fun if it cared about stories of every size and length.

But the real reason I decided to run the Oscars Death Race again this year is that, last year, I saw a handful of wonderful movies and performances that I wouldn't have gotten around to otherwise, and I wanted to experience that again — the unexpected pleasure of good storytelling. I knew that I would also have to experience the sand-in-the-swim-trunks sensation of poor storytelling, ham-errific acting, and toupees that looked like the contents of a grease trap, but there's always a moment during the ODR when I remember why I do it — why we go to movies at all, or make them, and why it's important to witness art, as much as we can, even when it fails. Especially then, sometimes.

This year, it came at Biutiful, a story of terrible travails and profound beauty that also represented a frustrating director's success in pulling it all together, after ten years of noble-ish failures. I went with my sister-in-law, and during the last gorgeous wrenching ten minutes, we had this whispered conversation:

Sarah D. Bunting is the head rodeo clown at TomatoNation.com. She is pained, daily, by the phrase "Oscar nominee The Wolfman."