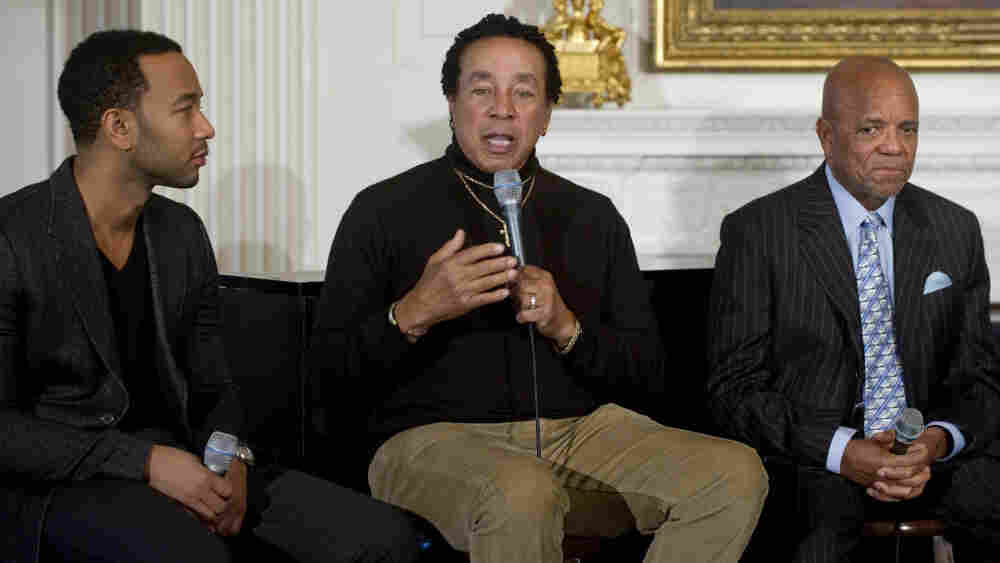 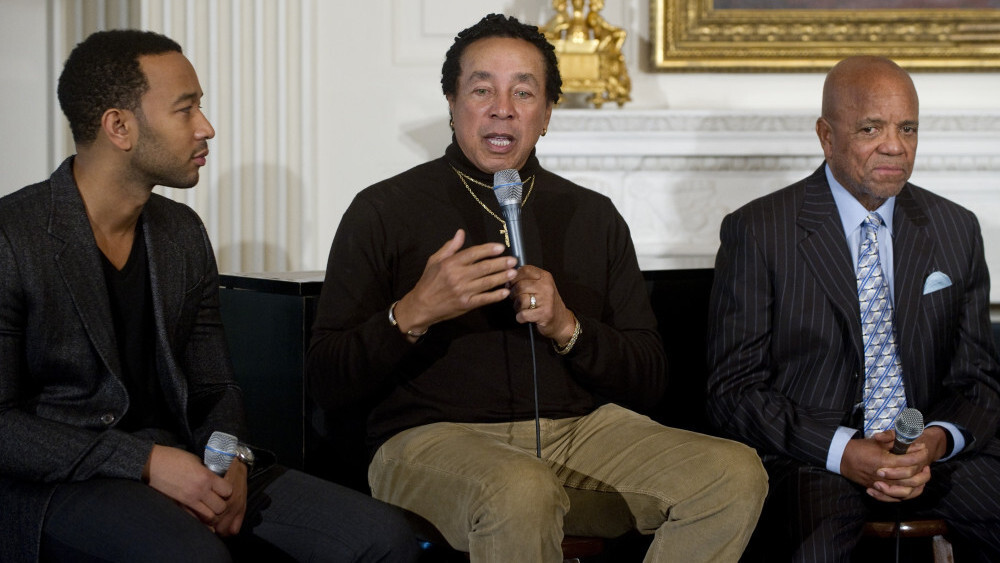 Grammy Award winner John Legend performed at the White House Thursday. It was the latest in a series of White House musical events — this one was all about Motown, in honor of Black History Month.

The music was just a short coda to an hourlong music history lesson, told to over 100 children by the musical legends who lived it. Many of the children present had never heard of Motown, so first lady Michelle Obama gave them some context. "There wouldn't be an Usher if there wasn't a Smokey Robinson," she told a captive audience in the White House's State Dining Room. "There wouldn't be an Alicia Keys without a Gladys Knight."

The man responsible for the success of Smokey Robinson, Glady Knight and the rest of Motown is Berry Gordy, who spoke at today's event. Gordy created the Motown record label in his garage, never dreaming where he'd end up one day.

"To be honest," Gordy told the crowd, "when I started off, all I wanted to do was make some music, make some money, and get some girls." Chuckling, he added, "Not necessarily in that order."

What Gordy did do was revolutionize music — first in America, then around the world. "Music started integrating people passionately before they got in it intellectually," said Gordy. "I knew I was a normal kind of person, so anything I felt, I could write about it — and you all would feel it too."