Accessibility links
Movie Reviews - 'Hall Pass' - A Sincere Love Story, Gross-Outs Intact A raunchy-sweet comedy from the guys who made There's Something About Mary, it stars Owen Wilson and Jason Sudeikis as restless married men whose wives (Jenna Fischer, Christina Applegate) give them a week off from fidelity. 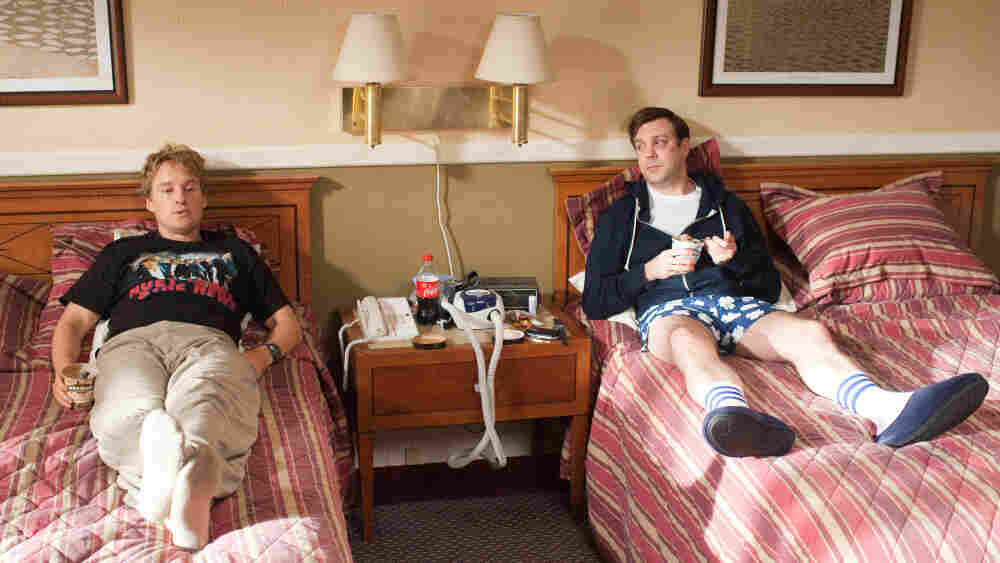 For Better Or For Worse: Despite a wife-approved carte blanche to cheat, longtime friends Rick (Owen Wilson, left) and Fred (Jason Sudeikis) have trouble living out their delusions about life as bachelors. Peter Iovino/Warner Bros. hide caption

Rated R for crude and sexual humor throughout, language, some graphic nudity and drug use

Never let it be said that the butter-soft craniums of beer-swilling American man-children have gone unexplored in modern comedy.

In other words, Seth Rogen has found his historic moment.

Now Peter and Bobby Farrelly, the erstwhile gross-out kings of Kingpin and There's Something About Mary fame, have entered the game with Hall Pass, a schlub comedy redeemed by their signature mix of crass humor and disarming sweetness. The Farrellys have spent the past decade struggling to get the balance right: Their dicey romantic comedy Shallow Hal couldn't reconcile its fat jokes with its earnest message about inner beauty, and they were precisely the wrong people to remake Elaine May's The Heartbreak Kid, a comedy of cruelty and ruthlessness that ran counter to their squishy sensibility.

Hall Pass, for its part, has the sort of water-cooler premise that raises eyebrows and sells tickets. Like the million-dollar hook of Indecent Proposal, the "hall pass" concept fits beautifully into a studio logline: The wives of two middle-aged men grant them a weeklong break from marriage. The rationale? If they're given the opportunity to work out their false nostalgia for bachelorhood, then they won't grow to resent their wives for taking away their freedom. (And in this case to resent being tethered to hideous ogres like Jenna Fischer and Christina Applegate.) 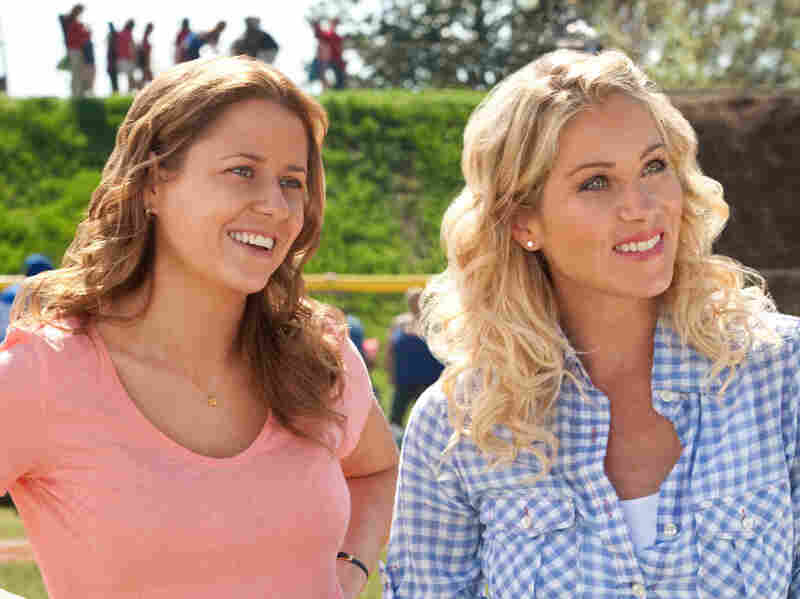 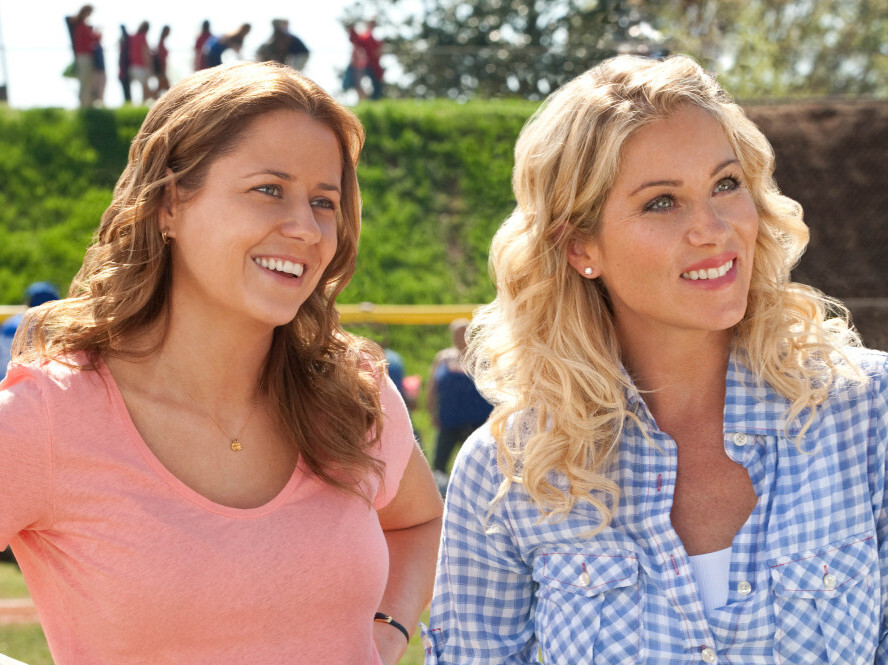 Half the laughs in Hall Pass come from the fact that Wilson and Sudeikis simply look the part: Pear-shaped and pasty, cruising the scene in tucked-in button-downs and mothballed casual wear, they seem defeated even before they start dusting off pick-up lines. If Rick and Fred were ever any good at scoring chicks, those muscles have atrophied to such an extent that they need two or three days just to will themselves into action.

Their reticence leads to some predictably juvenile comic situations, but the Farrellys undercut the crude gags with reminders that these men are more committed to marriage than they know.

As is typical with such 'bro comedies, it's the women who are underserved. Fischer and Applegate are both sitcom veterans with finely honed comic timing, but Hall Pass reduces them to Marge Simpson types, sighing at their husbands like disapproving moms. Dispatching their characters to the Cape to relive their own singlehood balances the equation and lets them live out the fantasy, too, but the Farrellys don't give them any jokes. They're far too timid — which is an odd adjective to describe a movie featuring an explosive-diarrhea gag.

Still, the Farrellys have a distinct touch that carries their dubious premise across. They bring back the toilet humor of yore and make it shocking and funny again, largely because they treat it so matter-of-factly; in this comedy, being gross is just a part of life.

Mostly, though, they have their hearts in the right place. They turn a nonsensical yarn about pardoned infidelities into a sneaky affirmation of the vows.