Accessibility links
Movie Reviews - 'Heartbeats' - Finding Beauty, Even If It's Skin-Deep Canadian director Xavier Dolan favors style over substance in his latest, a color-saturated look at a 20-something love triangle that threatens a friendship. But it's very stylish style indeed. 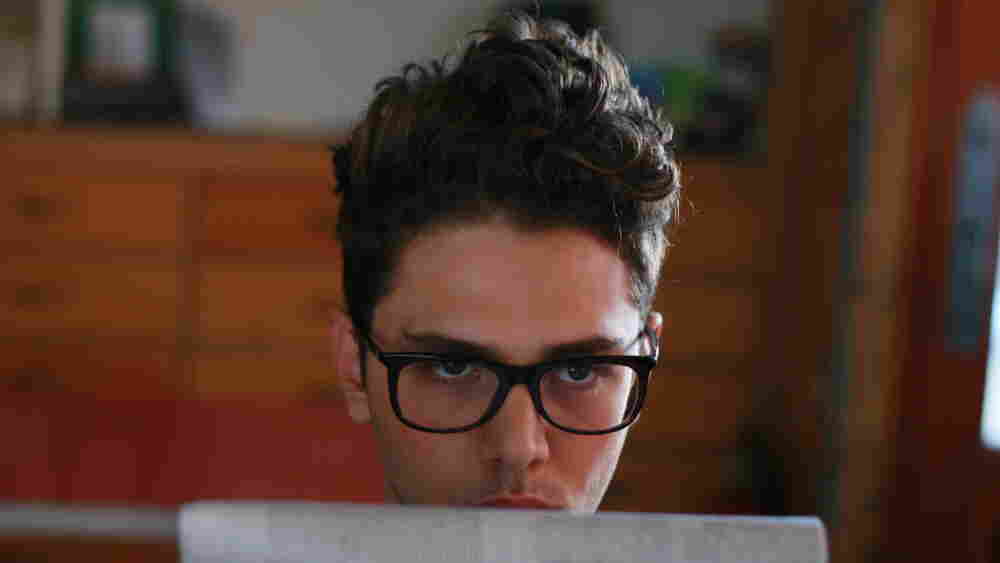 'I Saw A White Rabbit'

'I Saw A White Rabbit'

"Who's that self-satisfied Adonis?" wonders Marie to her gay best bud at one of their dinner parties, as they gaze distractedly from the kitchen at the pretty boy holding court in a halo of blond curls.

"Country lad," replies Francis, adopting Marie's air of studied nonchalance, even as they each interrupt their veggie-chopping to steal glances at the ambiguously flirtatious guy who's about to upend their lives.

Heartbeats (Les Amours Imaginaires), a glam-crazed Canadian meditation on 20-something infatuations, is the sophomore feature from Quebec-based tyro Xavier (I Killed My Mother) Dolan, and it's a bright, slight romp that seems to want to zero in on the pain and trauma of romantic obsession. If the filmmaker weren't having such fun mocking characters who fall hard while pretending not to, it might just be able to achieve that. Instead, it ends up being about surfaces, glistening and cool.

Still, there's fun to be had with surfaces. Both severe Marie (Monia Chokri) and snarky Francis (director Dolan) fancy themselves hip Montreal outsiders, smirking at private jokes (his James Dean redux-tail, her '50s suburban fashion-victim look) but they're poseurs, squishy and insecure at heart.

So naturally, once they both fall hard for Nicolas (Niels Schneider, looking a bit like a latter-day Tadzio from Death In Venice, maybe six or seven years older), there's a mad scramble to impress him without losing their individual cool. Faked "chance" encounters, expensive gifts, batted eyelashes are the tricks up their sleeves. Also bitchy asides, when one of these supposedly friendly rivals is momentarily elsewhere.

To all of this Nicolas seems sweetly receptive — yet just elusive enough that neither of them can quite read him. Early on, when he needs a place to crash, he ends up in bed with both his admirers, sleeping soundly between the two as they gaze at him longingly. Later, on a trip to the country, he looks on with a faint, uncomprehending smile as they squabble and hurl insults at each other. Does he favor one over the other? Are either of his would-be suitors even registering? He's pretty, sure, but his attraction for them is increasingly that of a tabula rasa. He's seductively, but also infuriatingly, blank. 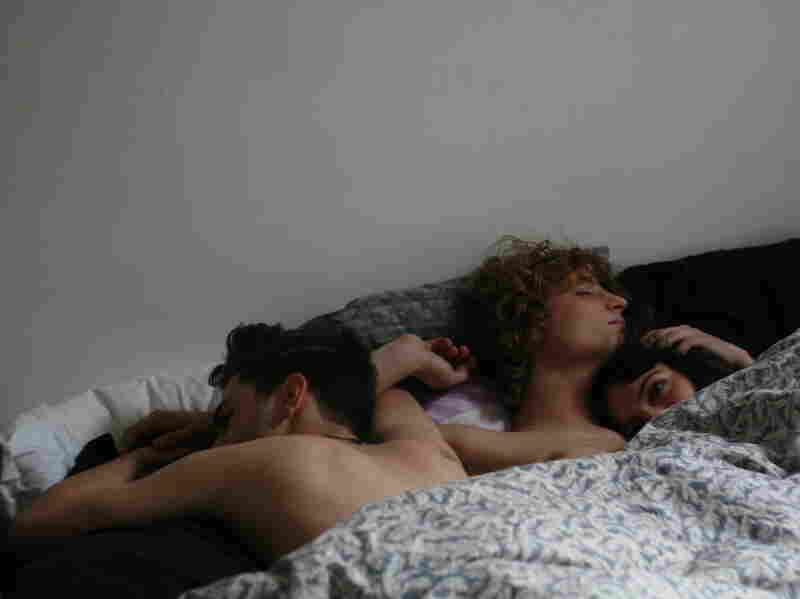 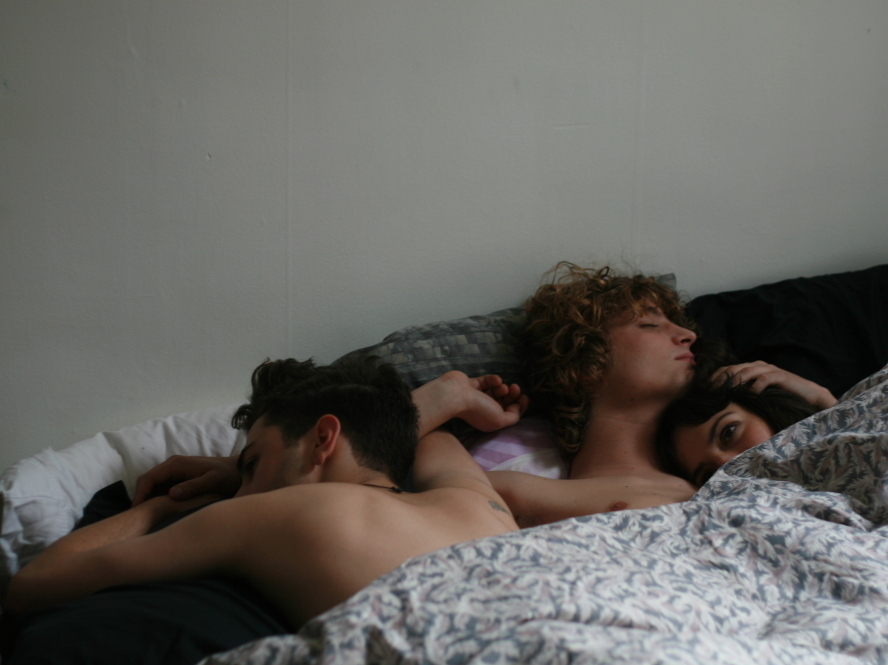 As Francis, Dolan (left) competes with his friend Marie (Monia Chokri, right) for the love of Nicolas (Niels Schneider), who recently moved to Quebec from rural Canada.

You'll guess, from Dolan's use of music (Dalida's slow-burn "Bang Bang" backs slo-mo montages) and his camera's smoldering treatment of the easy-on-the-eyes stars, that the filmmaker is fond of the Almodovar oeuvre. Color-saturated bedroom sequences, a narrative-style fashion shoot, mockumentary clips of folks recounting romantic humiliations, and quirkily over-the-top imagery — a campfire scene finds Schneider shirtless in a hail of marshmallows — are among the flourishes he uses to dress up a story that would otherwise seem a bit heart-on-sleeve.

Style over substance? Well, yes, but Dolan's a precocious talent (a decent actor, to boot), and at the advanced age of 21, has all the time in the world to deal with weightier matters. Heartbeats, meanwhile, is fluff — engaging, moody, visually snappy fluff.