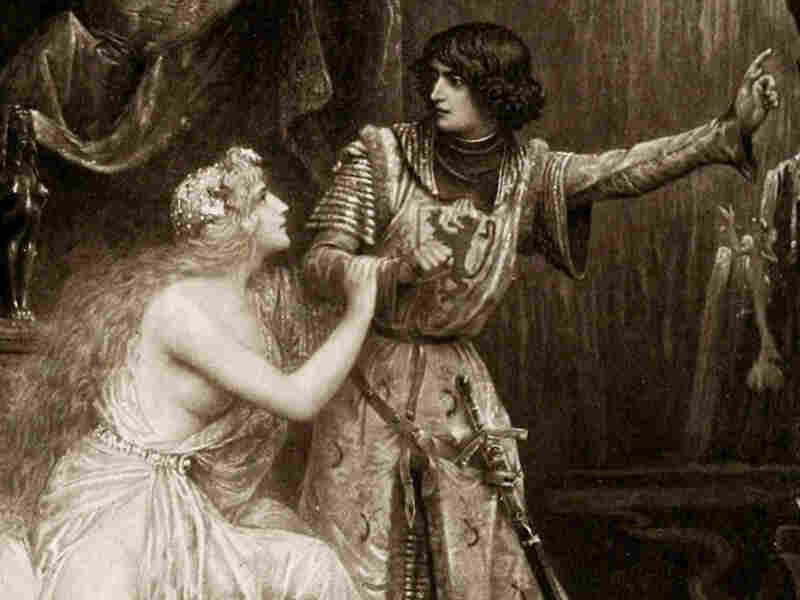 Tannhauser's time in a den of sensual pleasures sends him on a pilgrimage to redeem his soul. Wikimedia Commons hide caption 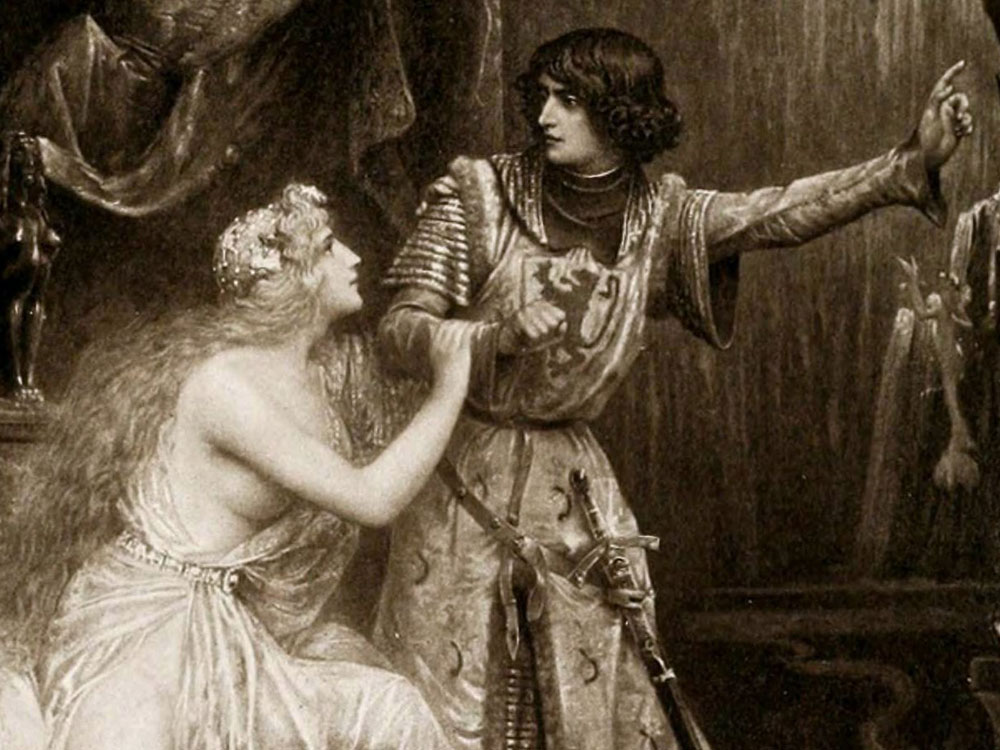 Tannhauser's time in a den of sensual pleasures sends him on a pilgrimage to redeem his soul.

At the beginning of Act 2, Elisabeth (sung here by Jane Eaglen) expresses her joy at being back in the hall where she first heard Tannhauser's voice.

Most of us, in one way or another, maintain a sort of personal wish list. It might include material things, such as a bigger paycheck or a spiffier car. It might also include deeper desires — a rewarding career, a sincere and loving relationship, spiritual fulfillment. But whatever you might aspire to, if you express those aspirations too openly, someone is bound to come up with an old, familiar warning: "Be careful what you wish for ..."

Is there anyone who hasn't heard that one? It's a caution that crops up early in life. Parents and teachers like to use it when kids get overly demanding, asking for things that are dangerous or unattainable. Adults use it on themselves, often when confronted with desirable objectives that require uncomfortable sacrifices. And it's that latter scenario that drives Richard Wagner's early opera, Tannhäuser.

On one level, the message driven home by the opera seems like a grim one: Indulging in purely sensual pleasures will lead to a miserable life, even for a guy who seems to have learned that the hard way, and is trying to change his life. Deeper down though, the drama gets more complex, seeming to suggest that whether your goals are sensual or spiritual — and Wagner, in typical fashion, seems to make a case for both — achieving them may demand everything you have to give.

On World of Opera this week, host Lisa Simeone presents Tannhäuser from London's Royal Opera House, Covent Garden — and you might call this the "unabridged" Tannhäuser. The opera underwent a number of revisions over a period of 30 years, and the London production features the longest version of the score. It's sometimes called the Paris version, after the city where it was first heard, and it's sometimes named for Vienna, where it took its final form in 1875. Either way, it seems to have been Wagner's final say on the work. The production also features some of today's finest Wagnerian voices, including tenor Johan Botha in the title role, and soprano Eva-Maria Westbroek as Elisabeth.

The Story of 'Tannhäuser' 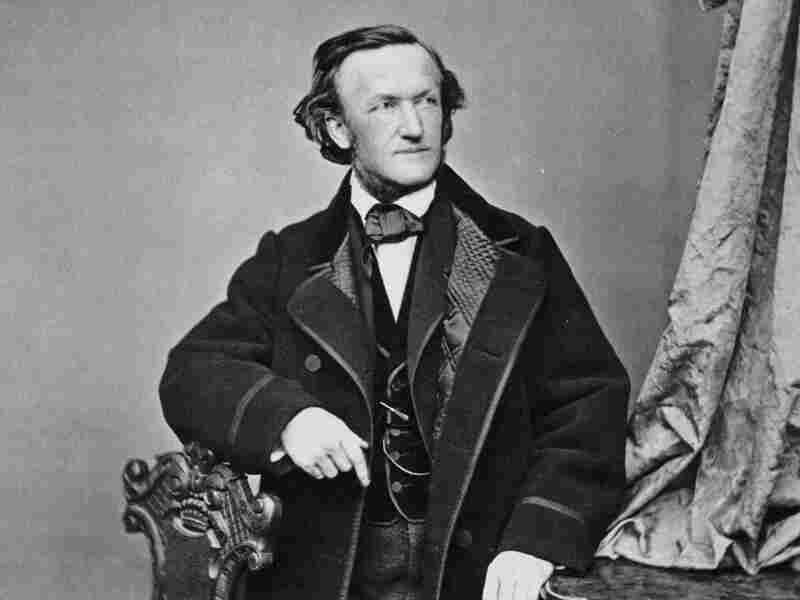 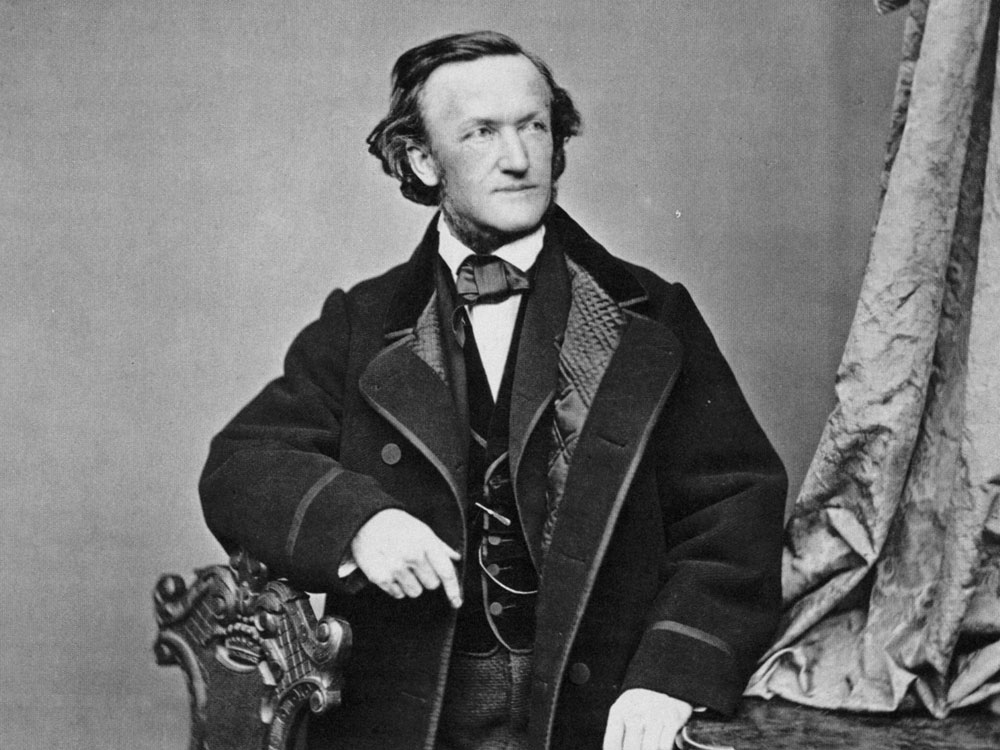 Richard Wagner drew his inspiration for Tannhauser from the poet Heinrich Heine, whose Elementargeister described the allure of Venus' grotto. .

The drama takes place in medieval Germany and ACT ONE opens in a mythical realm called the Venusberg — the mountain of Venus, goddess of love and beauty. The minstrel Tannhäuser has been living in the Venusberg for a year, basking in the luxuries of the surroundings, and in the adoration of Venus herself. It seems a perfect life of drinking, dancing and nights of passion. But Tannhäuser is growing weary of endless pleasure, and he's homesick.

Venus senses his restlessness and when she demands to know what's wrong, Tannhäuser tells her he's leaving. He misses the challenges of everyday, earthly life. Her response is both angry and seductive. Urging him to stay, she sensuously reminds him of all the pleasures they've enjoyed together.

When her efforts fail to move him, Venus tells Tannhäuser that he can return to the Venusberg whenever he wants — and she's certain he'll be back. But he cries out that his only salvation is through the Virgin Mary, and at those words the Venusberg disappears. Tannhäuser is left standing in familiar territory — a green valley stretching all the way to the Wartburg, home to the powerful landgrave Hermann.

Tannhäuser drops to his knees in gratitude and a procession passes by singing the famous "Pilgrims' Chorus," which recurs throughout the opera. They're followed by a hunting party, led by Hermann himself. The men in the party are knights and minstrels, Tannhäuser's former colleagues. They're delighted to see him again, but at first Tannhäuser is reluctant to return home. Then one of the men, Wolfram, reminds Tannhäuser of the beautiful young woman who has never forgotten him: Hermann's niece Elisabeth. Hunting horns sound as the men go off to the castle to celebrate.

ACT TWO opens in a great hall at Hermann's castle. Elisabeth sings a beautiful aria in praise of this very place, where she first heard Tannhäuser's voice. Tannhäuser and Elisabeth are back together — and happy — and he soon joins her in an ecstatic duet. But Tannhäuser's friend Wolfram is broken-hearted; he is also in love with Elisabeth, but now realizes that he'll never have her.

Hermann then announces a contest of love songs, saying the winner will be rewarded by Elisabeth, who will offer him whatever she's been moved to give. All the noblemen of the land show up to compete, and Wolfram begins, singing of a noble, pure, lofty kind of love. Others offer similar sentiments and, all the while, Tannhäuser suggests that their singing lacks something crucial.

Then it's Tannhäuser's turn, and his song adds the missing element. Rather than extolling the spiritual aspects of love, he sings of its passion, its earthiness and its pure sensuality — and to back it all up he cites his time in the Venusberg. The guests are shocked, but when knights break out their swords and threaten Tannhäuser, Elisabeth intervenes. She tells everyone that Tannhäuser should get a second chance; he has the right to repent, and redeem himself.

Moved by her compassion, Tannhäuser falls to his knees, but the assembled noblemen won't relent. So Hermann arrives at a compromise: Tannhäuser must make a pilgrimage to Rome and ask the Pope himself for absolution. If it's granted, Tannhäuser can come home and marry Elisabeth. If the Pope refuses, Tannhäuser will be banished and sentenced to death if he dares to return. So Tannhäuser joins a band of pilgrims as the act ends.

ACT THREE takes place several months later. It's autumn, and Elisabeth is on her knees at a shrine to the Virgin, praying for Tannhäuser's return. Wolfram, though he still loves Elisabeth, also prays that her wishes will be granted. Suddenly they hear the song of pilgrims and rush out to see if Tannhäuser is among them. They watch the procession anxiously, but Tannhäuser is not there. Despondent, Elisabeth prays to the Virgin Mary to take her life, so she can continue her prayers from Heaven. She goes off alone, as Wolfram sings of their sorrow.

A ragged figure then appears at the end of the valley. It's Tannhäuser, but at first Wolfram doesn't recognize him. Eventually, Tannhäuser tells the tale of his trip to Rome. Though the Pope pardoned thousands of pilgrims, he refused to absolve Tannhäuser, saying he could no more be forgiven than the Pope's own staff could burst into flower.

Tannhäuser concludes that his only choice is to return to Venus, and whatever happiness he can find in her arms. As Wolfram tries to dissuade him, a red glow appears in the sky, and the voice of Venus beckons. Tannhäuser is on the verge of responding, when Wolfram reminds him of Elisabeth.

At the sound of her name, a line of men bearing torches appears in the distance. It's a funeral cortege, bearing Elisabeth's body. Tannhäuser approaches and falls over her, then dies in the midst of a prayer. As sounds of far-off singing grow louder and louder, the chorus of Pilgrims appears again, with miraculous news: The Pope's staff has burst into flowers and green leaves, and Tannhäuser's soul is redeemed.