Accessibility links
Wisconsin Union Battle Puts Billionaire Koch Brothers In Spotlight The low-profile brothers Charles and David Koch give millions of dollars to groups working to drive civil service unions out of government and ultimately out of politics. Supporters say they are countering the large amounts of money going from labor to the Democratic Party. 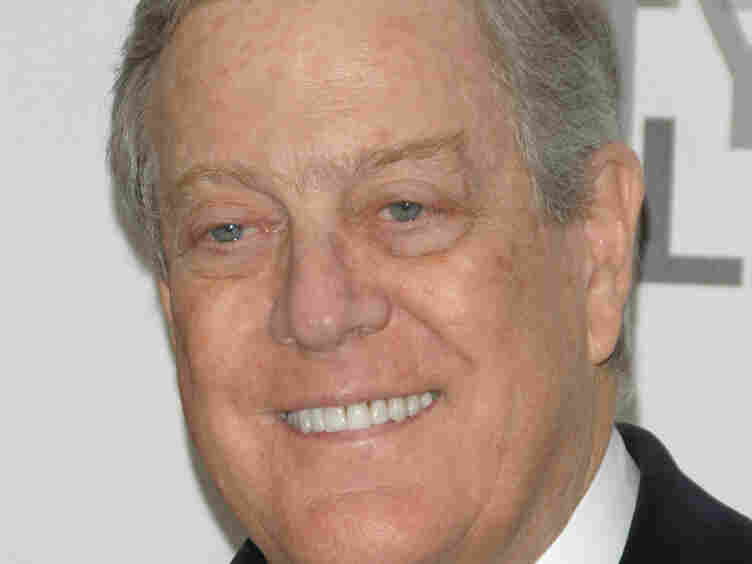 David Koch (above) and his brother, Charles, give millions of dollars to groups working to drive civil service unions out of government and ultimately out of politics. Peter Kramer/AP hide caption 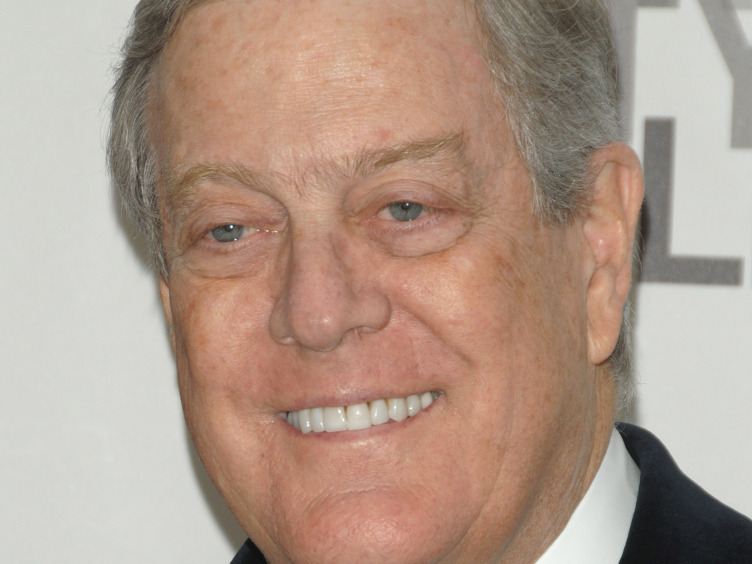 David Koch (above) and his brother, Charles, give millions of dollars to groups working to drive civil service unions out of government and ultimately out of politics.

As conservatives battle with public-employee unions in Wisconsin and other states, the conflict has drawn increasing public attention to a pair of low-profile billionaires, David and Charles Koch, who give millions of dollars to groups working to drive civil service unions out of government and ultimately out of politics.

Wisconsin Gov. Scott Walker's budget bill would make civil servants pay more for pensions and benefits, and it would cripple their unions as a force in collective bargaining and politics. The measure has prompted protests at the state Capitol and led teachers to walk off the job.

Walker says the plan is necessary and that the unions should get in line.

"Teachers here in the city of Madison walked off the job, which is really ultimately, if they're striking, an illegal action," he said.

Other GOP governors have joined the fight.

"The most powerful special interests in America today are the government unions," Indiana Gov. Mitch Daniels said this week on the Diane Rehm Show on NPR member station WAMU.

The governors have allies in this fight: conservative groups that organize the grass roots, develop the arguments and even draft the legislation.

The Koch brothers give millions to such groups, including Americans for Prosperity, which has a Stand With Walker website and TV ad.

"The eyes of the entire nation are on you today," Tim Phillips, the group's president, told the crowd at a recent pro-Walker rally.

The Koch brothers provided the seed money for Americans for Prosperity a decade ago — and more than $1 million overall. 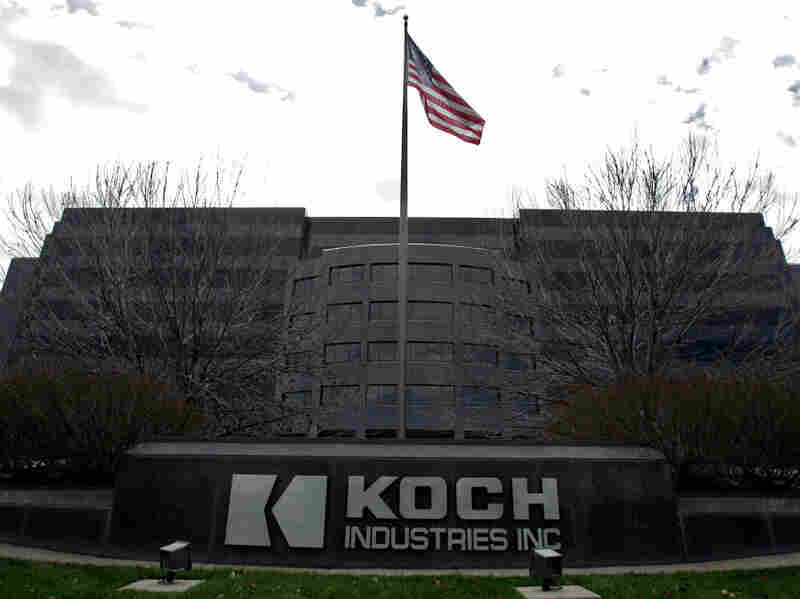 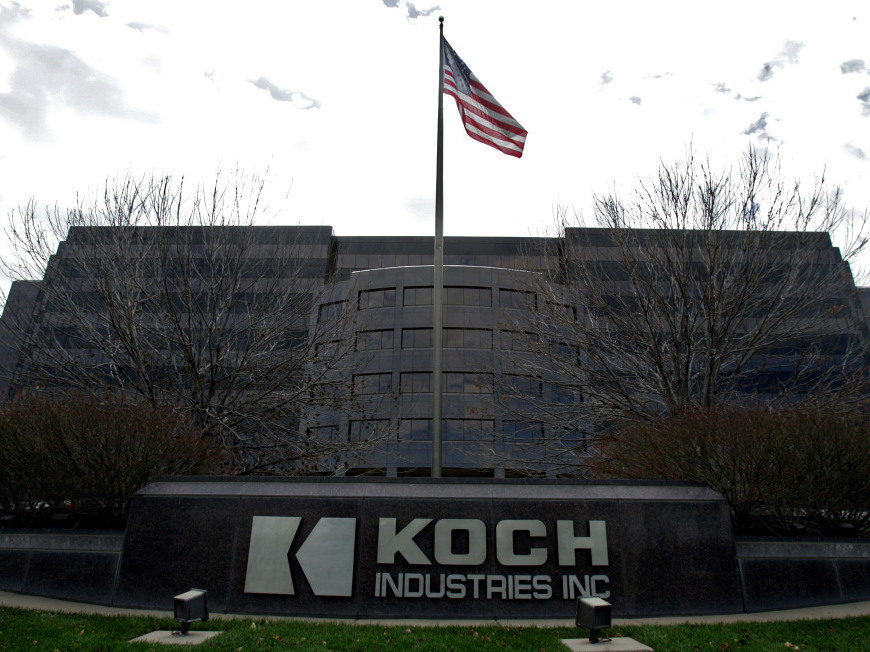 "Five years ago, my brother Charles and I provided the funds to start the Americans for Prosperity," David Koch said at an AFP rally in 2009. "And it's beyond my wildest dreams how AFP has grown into this enormous organization."

At the annual Conservative Political Action Conference last month, AFP staffer Scott Hagerstrom advised grass-roots organizers on spreading the message about public-sector unions. He said the effort needs to get past the usual legislative fights, with their split-the-difference outcomes.

The public unions are among the biggest, most reliable donors to Democrats. Not even a couple of free-spending billionaires could match the unions' political contributions. But public records show the Kochs giving more than $17 million between 1997 and 2008 to groups involved in the campaign against unions, including the Competitive Enterprise Institute, which promotes legislation targeting private-sector unions.

The Kochs also fund smaller think tanks around the Midwest, as well as the American Legislative Exchange Council, which drafts model legislation on major issues.

This year's list of model legislation has two proposals that would put the squeeze on unions' political spending. Walker included both of them in his budget.

At the Illinois Policy Institute, which hasn't received Koch money, President John Tillman says the brothers just do for "workers rights" what unions do on the other side.

"I always find it fascinating with the press's obsession with the Koch brothers," he says.

The public unions would be under assault no matter what, he says, because the economic downturn has sent state and local budgets into the red. And, he says, there's the political money — a large amount — going from labor to the Democratic Party.

"That's why you see Democrats working to protect the union prerogatives and you see Republicans, on the other hand, looking for these reforms," he says.

So even in a time of budget crises, it still comes down to big-money politics.