Accessibility links
Jimi Hendrix: King Of The Electric Guitar He is regarded as, arguably, the greatest electric guitarist in musical history. Guitarist and singer-songwriter Jimi Hendrix's innovative style had a lasting impact on music in the 20th century. After initial success in Europe, Hendrix gained significant stardom from his performance at the historic Woodstock concert in 1969. 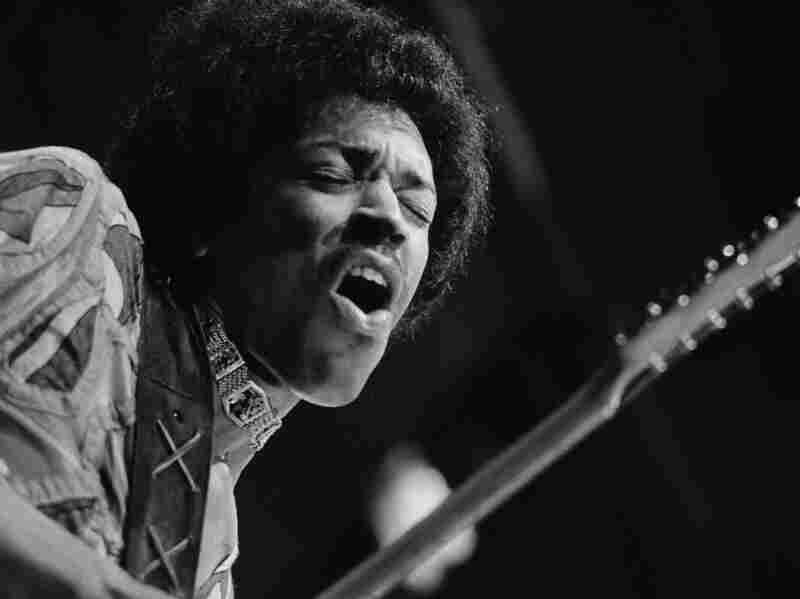 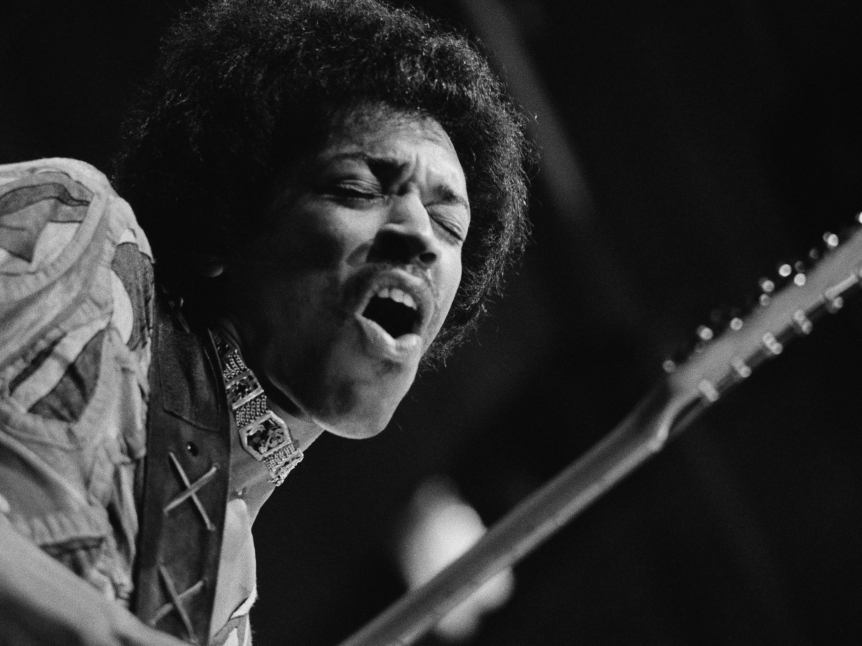 The late rock guitar virtuoso Jimi Hendrix, pictured in August 1970, performs at the Isle of Wight Festival in England.

February is Black History Month and Tell Me More observes the month with a series of short vignettes. In this installment, NPR's Argin Hutchins shares his black history hero.

I'm Argin Hutchins, director of Tell Me More, and a figure from black history who I admire is singer-songwriter and guitarist Jimi Hendrix. I think was 12 when I discovered this riff.

The song is "Purple Haze" on the album "Are You Experienced." I came across it after thumbing through my fathers' record stacks and saw the cover for the Jimi Hendrix Experience band. I curiously placed the dusty vinyl on the turntable and let the needle glide.

Becoming a fan led me to learn about his life. Jimi Hendrix taught himself to play the electric guitar and, because he was left-handed, he would play the guitar upside down with the strings in reverse order.

One of the most influential musicians in history, he was best known for edgy guitar riffs. But he also had a great fondness for blues.

Hendrix reached his peak in the late '60s when he played the Monterey Pop Festival and headlined the iconic Woodstock Festival. In the shadows of hard-won civil rights, he stood proud on stage wearing an Afro and altered the course of rock and roll — experimenting with the electric guitar riffs and wah-wah pedals years before it became a rock and roll staple. And the sound that he helped to create is replicated to this day.

Hendrix died in 1970, but his music lives on for me every time I am in my car.