Accessibility links
'Henry's Demons': Mental Illness From The Inside Journalist Patrick Cockburn was used to tracking the Taliban in the mountains of Afghanistan. But he wasn't prepared for the battle he faced at home when his son Henry was diagnosed with schizophrenia. Now, father and son have co-written a memoir about the experience. 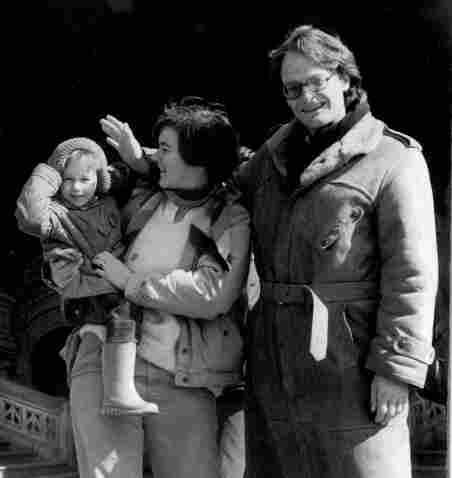 Patrick and Jan Cockburn pictured with their son Henry. Ever since he was a child, Henry was "intensely alive and interested in everything and everybody around him," says his father. Courtesy of Patrick Cockburn/ Scribner hide caption 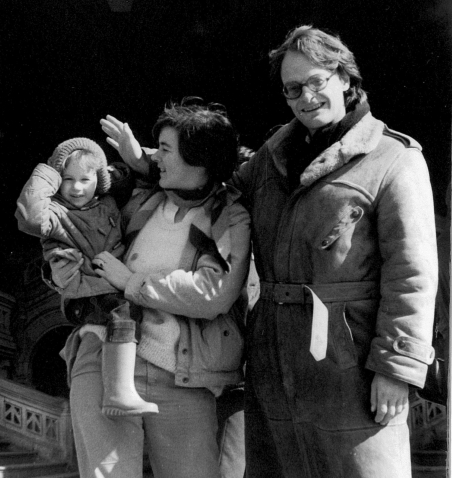 Patrick and Jan Cockburn pictured with their son Henry. Ever since he was a child, Henry was "intensely alive and interested in everything and everybody around him," says his father. 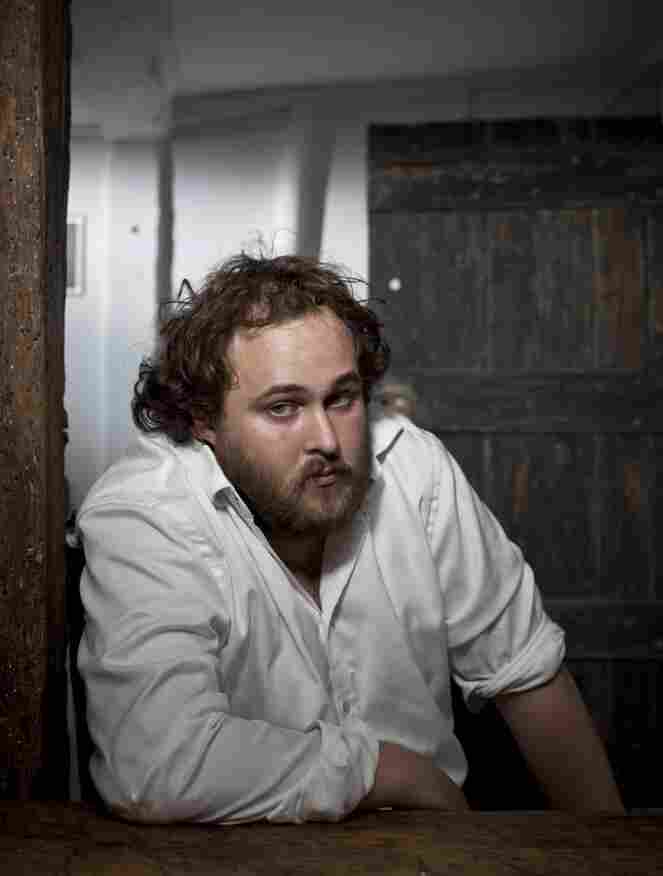 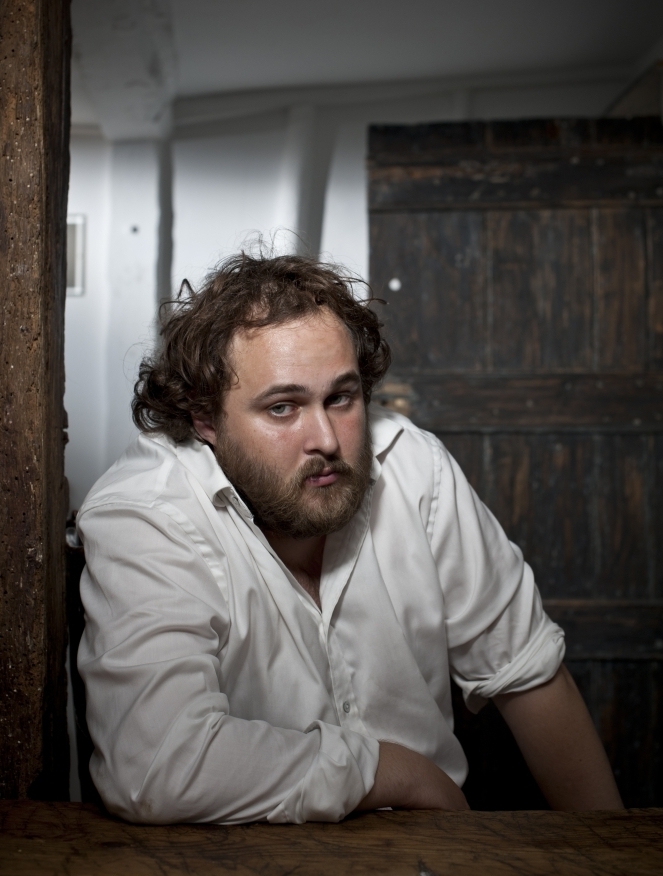 Henry Cockburn was diagnosed with schizophrenia in 2002.

On a snowy February day in 2002, British journalist Patrick Cockburn was in Kabul, Afghanistan, covering the fall of the Taliban. He picked up his satellite phone to call his wife, Jan, back in Canterbury, England. Even over that shaky, hollow telephone line, Jan sounded anxious.

"I could not make out the details, but I grasped that Henry, our 20-year-old son, had nearly died when he swam Newhaven Estuary, fully clothed, and was rescued by fishermen as he left the near-freezing water," Cockburn writes.

Henry was taken first to a regular emergency room, and then to a mental hospital, where doctors diagnosed him as being in the first stages of schizophrenia. Now, almost 10 years later, Henry is beginning to recover, and he and his father have collaborated on a memoir of his experiences, Henry's Demons: Living With Schizophrenia, a Father and Son's Story.

Patrick Cockburn tells Weekend All Things Considered host Guy Raz he had no idea of the trouble his son was sliding into when he saw Henry at Christmas, before leaving for Kabul. "I asked him how he was. He'd started at art college a few weeks earlier, and he said he'd never been happier in his life."

"I thought there was something more to the world that I hadn't seen before," he tells Raz. "I found it revelatory, these experiences, talking to trees. It was like a hidden world." He had jumped into that freezing estuary because he felt an unseen force beckoning him in.

After years of hospitalization and medication, Henry is living on his own, and he recognizes that he has an illness. But, he says, that doesn't mean his visions and voices weren't real.

"It's still real. I'm never going to believe that it wasn't. It's as real as me talking now." 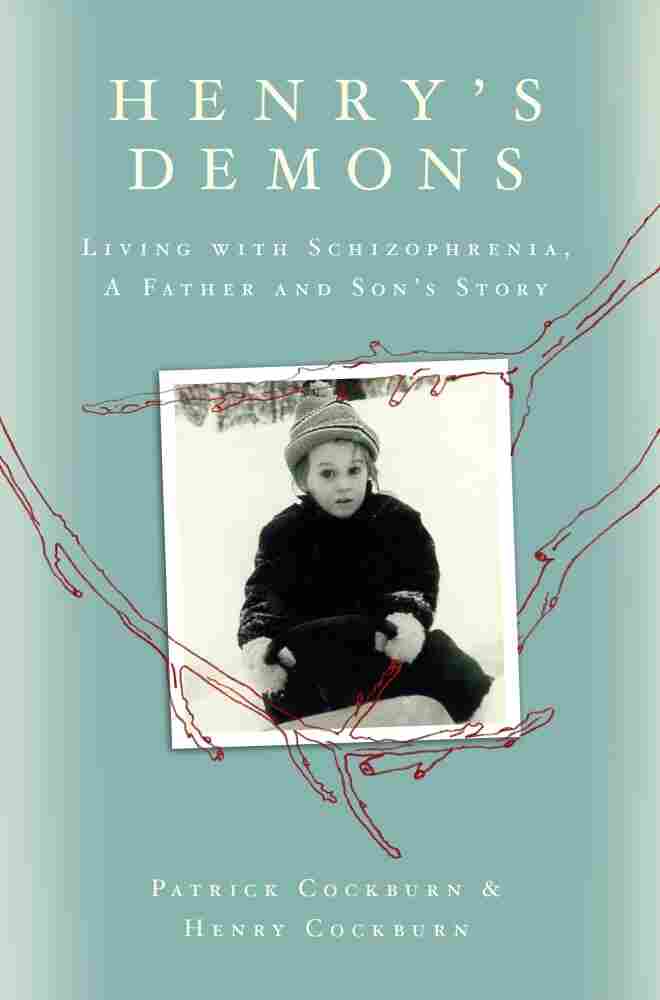 On February 8, 2002, I called my wife, Jan, by satellite phone from Kabul, where I was writing about the fall of the Taliban. It had been snowing, and as I leaned out of the window of the guesthouse where I was staying to get better reception, I felt very cold. Jan's voice sounded thin and distant but more anxious than I had ever heard it, and I felt a sense of instant dread as I realised there had been some disaster. I could not make out the details, but I grasped that Henry, our twenty-year-old son, had nearly died when he swam Newhaven estuary fully clothed and was rescued by fishermen as he left the near-freezing water. The fishermen feared he might be suffering from hypothermia and took him to a general hospital in Brighton. The police had been called, they had decided that Henry was a danger to himself, and he was now in a mental hospital. Jan gave me the phone number, and as soon as I had finished speaking to her, I tried to call the hospital. After many failures on the satellite phone, I got through and explained who I was. A nurse said that Henry was all right, and I asked to speak to him. When he got on the phone, he said, "I'm okay, Dad," in a weak and frightened voice that did not reassure me. I replied, with an assumed confidence I certainly did not feel, that he should not worry because everything would turn out all right in the end.

I had told Jan I would rush home as quickly as I could. Kabul was then the worst place in the world from which to leave swiftly in an emergency. The only way of getting a flight out of the city was to fly on a United Nations or foreign aid organization plane from Bagram airport, north of Kabul. But I knew these flights were infrequent and often refused to carry journalists. I had recent experience of the land routes out of Afghanistan, and all were highly dangerous. I decided the only way to get home quickly was to drive east to Islamabad in Pakistan and take a plane from there. I explained my plan to my driver, Gul Agha, who gulped a little at the thought of going through the Kabul Gorge to Jalalabad and the Pakistan border because roving bands of Taliban were still attacking travellers on the road. They had executed four journalists in a convoy that had stopped at one of their checkpoints. I told Gul that my eldest son was very ill, and he said that, if such was the case, he would simply drive over anybody who tried to stop us. In any event, the road was mostly empty. There were few other vehicles or gunmen manning checkpoints, and I thought that the bandits or Taliban fighters must have become discouraged by the cold and the lack of travellers to rob, and gone home. We reached the Khyber Pass and the Pakistani border, where officials issued me a transit visa, and leaving Gul Agha behind in Afghanistan, I took another car to Peshawar, where I spent the night. The following morning I drove to Islamabad and got a plane back to England.

There was probably something expiatory in this mad dash. As I sat in the back of Gul's car, I wondered what I had been doing talking to Afghan warlords and drug smugglers when my own son was in such trouble. I was completely shocked and taken by surprise at what had happened to Henry. In late January, Jan had mentioned on the phone what we later realised were some warning signs, such as Henry going barefoot, being stopped by the police when he climbed up a viaduct wall, and his suspicion of mechanical objects such as clocks. At the time I did not quite know what to make of this behaviour, but I was perplexed rather than deeply worried because I suspected that eccentricity on Henry's part had been misinterpreted. It never occurred to me that these might be dangerous signs of a mental disorder, since I knew nothing about mental illness. When I had last seen Henry at Christmas six weeks earlier in our house in Ardmore in Ireland, he had seemed to me to be his usual intelligent, charming, and humorous self.

Ever since he was a child, Henry was intensely alive and interested in everything and everybody around him. He had elfinlike good looks, with curly light brown hair, sparkling grey-green eyes, an impish smile, and great warmth. Over the years I had become used to reading reports from Henry's teachers praising him enthusiastically for being able, original, likeable, and articulate, but often adding, with varying degrees of frustration, that he could be spectacularly ill organised, was forgetful of all rules and regulations, and did only what he wanted to do himself. This praise and criticism of Henry was consistent over the years, from infants' school in Moscow in 1985 when he was three to his private school in Canterbury when he was eighteen. He was naturally rebellious, but his rebellion took the form of evading the rules rather than confrontation. There was a certain quirkiness in his nature. He found King's School in Canterbury, an ancient foundation beside the cathedral, too snobbish, so, to meet more ordinary townspeople, he started to juggle coloured balls in the streets while a friend stood beside him playing the violin. From an early age, his artistic talent was apparent. His paintings and sketches were strikingly elegant and original, winning him at least one valuable prize. For all his messiness and disorganisation, he could work very hard when he had to and had no difficulty getting the right A-levels to enter art college in Brighton at the end of 2001.

Henry and I had always been very close, and as he entered the final years of his education, I was pleased that his early life appeared to have been happy and untroubled. He was invariably high-spirited and good company. In the back of my mind, I was glad his childhood had not been torpedoed by any disaster, which was what had happened at least in part to my own when I caught polio in Ireland at the age of six in 1956. After a nasty time in the hospital, I had, for several years, worn a plastic waistcoat to keep my spine straight and used a wheelchair to get around before graduating to crutches. I threw these away at the age of ten, but I have always had a severe limp, cannot run, and do not drive. As I watched Henry growing up, I felt all the closer to him because the evident happiness of his childhood seemed to compensate for the occasional misery of my own. As he grew older, I was proud of the way he got on well with my friends, mostly foreign correspondents, though they were far older than he was. Very occasionally, I worried about the lack of friction between Henry and me, thinking it might be a sign of a lack of maturity on his part that his sense of identity was not developing a hard edge. He was not emotionally tough; he was too reliant on an easy social manner and too easily cast down by small setbacks in his life or occasional rejection by other people. I wondered if he might be something of a Peter Pan, a boy whose magical charm made it difficult for him to grow up. 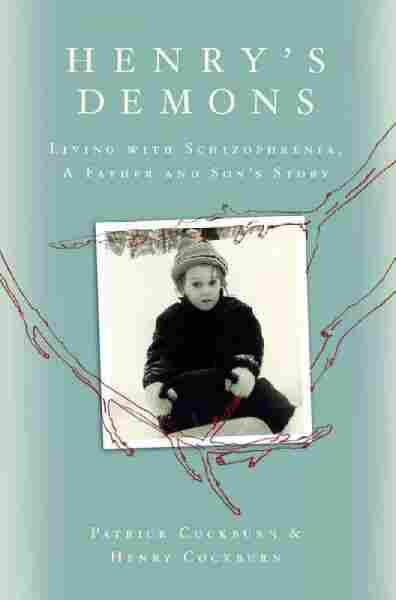 Living With Schizophrenia, A Father and Son's Story

by Patrick Cockburn and Henry Cockburn