Accessibility links
Actor Jesse Eisenberg Plays Not My Job Ever since he played the role of Facebook founder Mark Zuckerberg in The Social Network, Eisenberg has been the Hollywood face of online social networking. So we've decided to ask him three questions about hermits. 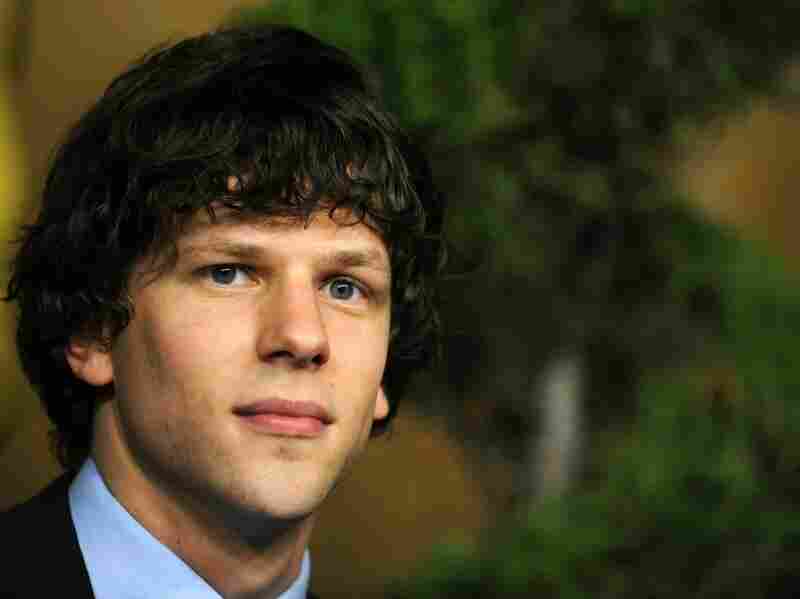 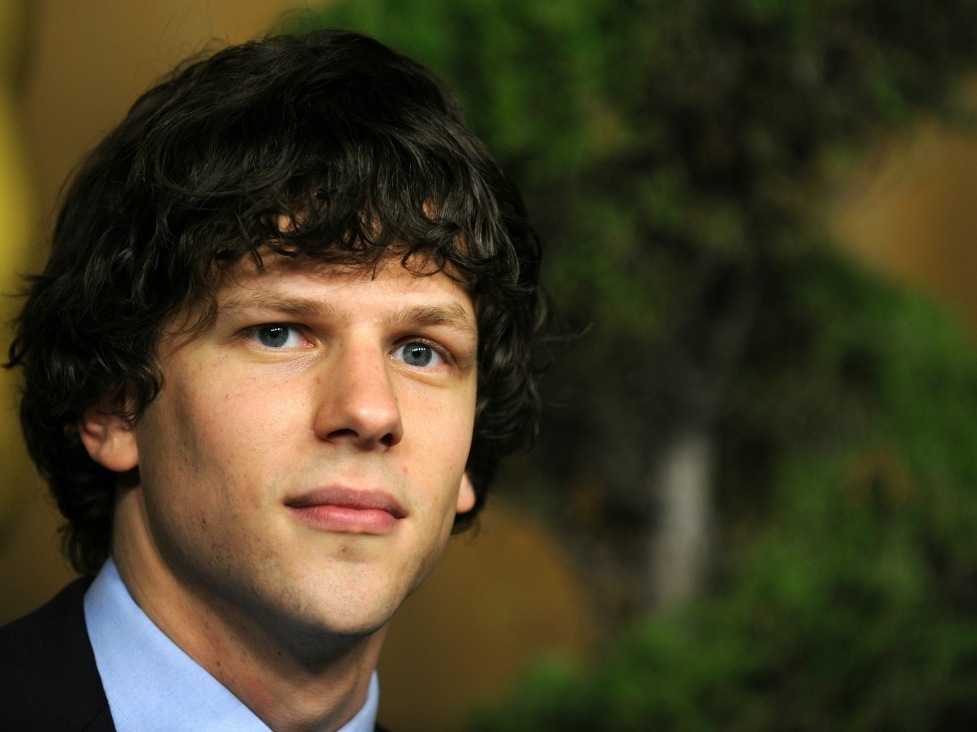 Ever since he played the role of Mark Zuckerberg in The Social Network, Jesse Eisenberg has become the face of online social networking — perhaps even more so than the actual founder of Facebook.

So we've invited Eisenberg to play a game called "I have no friends at all. And I like it that way." Three questions about hermits.

And now, the game where we ask somebody whose done great things to do something less great. It's our Not My Job game. So this Sunday night at the Oscars, history might be made, and I'm not talking about bringing that sucker in at under three hours. There is a possibility that the Best Actor award will go to the youngest winner in history. I'm talking about Jesse Eisenberg. He's been nominated for his portrayal of the found of Facebook in the movie, "The Social Network." Jesse joins us now. Jesse Eisenberg, welcome to WAIT WAIT...DON'T TELL ME!

JESSE EISENBERG: Thank you so much.

SAGAL: Really great to have you.

EISENBERG: It's great to be here.

SAGAL: First of all, congratulations. Are you all excited about the Oscars?

EISENBERG: I am, but I didn't know that fact you just mentioned.

SAGAL: You didn't know that?

EISENBERG: Which is alarming. No. Now I think I'll feel even worse.

SAGAL: Well, apparently, I found this out. Adrien Brody holds the record. He won Best Actor at the age of 28. And you can beat him out if you win on Sunday.

SAGAL: So try your hardest.

PAULA POUNDSTONE: Jesse, is there anything you can do between now and then to lock this up?

EISENBERG: I could maybe go to the voter's houses and maybe redo some of the scenes I screwed up.

SAGAL: Hey, what has it been like? Has it been just endless parties and press opportunities and gift bags and the whole thing?

EISENBERG: Yeah. I mean it really - I mean, I guess all of that except the gift bags. But it's been...

POUNDSTONE: You've had no gift bags?

SAGAL: Yeah, I heard other people got gift bags. Is that a...

SAGAL: Should I not have mentioned the gift bags?

EISENBERG: I guess they got my gift bag.

POUNDSTONE: Apparently they only give them to people over a certain age.

SAGAL: So I have to ask you, I have this Joan Rivers thing, I've always wanted to ask this question. So who are you wearing?

SAGAL: All right. Whose boxer shorts?

EISENBERG: On Sunday, I imagine I'll have something a little darker on.

SAGAL: You could just go with the boxer shorts and when they answer you say, ah, Fruit of the Loom.

POUNDSTONE: Do make sure, Jesse, that if they say that they're just giving you the boxer shorts, make it clear before you leave, because there's been some incidents with that kind of thing in Hollywood.

EISENBERG: Right. No, you know, I assume I'll be returning these after...

SAGAL: They get to keep them. So we've mentioned the movie, let's talk about it. It's, of course, "The Social Network." A huge movie from last year. You play Mark Zuckerberg, the very real person who founded Facebook. We understand you were not a big Facebook guy, though, before you got this role.

EISENBERG: No, and this is something I really wanted to tell you because I had never seen Facebook. And then I was rehearsing for the movie and this - you know, my character was discussing all of these things that I didn't know anything about. So I got a Facebook page, while I was listening to this show. And I didn't want to use my own name, so I used your name.

EISENBERG: The account has been deleted, you know, soon thereafter. But it was the strangest thing.

SAGAL: You're telling me that as part of your research for this role, you opened a Facebook account under my name?

EISENBERG: It never occurred to me, until they asked me to do this show, that I had done that to somebody.

EISENBERG: I apologize if you, you know, have experienced any strange looks.

SAGAL: It's odd because, well frankly, you're a movie star. You're an Oscar- nominated actor and yet we're told that you don't go to movies very much.

EISENBERG: Yeah, I really don't. Once I started acting in movies a few years ago, I got so kind of just self-conscious of seeing a movie and realizing that's what I do. It made it less real to me. And so I just kind of stopped watching them. I know that's - I'm sure I'll get over it at some point, but that's just - because I guess I'm so new at it.

SAGAL: So you don't go to movies. We know you're not on Facebook, except when you're impersonating me. And you don't watch TV. What do you do in your spare time?

EISENBERG: Well, I live in New York City, so there's so much stimulation when you walk outside, it does not require a television in the home. And I don't know, you know, I ride a bicycle and I spend a lot of time doing that, I guess.

SAGAL: But not to the movies.

SAGAL: Let me ask you, are you looking forward to this week being over and you won't be Oscar nominee anymore, you'll either be Oscar winner or you'll just be Jesse Eisenberg again?

EISENBERG: They don't force you back into a civilian.

SAGAL: They don't take away your privileges.

ROY BLOUNT: Will you show up out front there on your bike?

SAGAL: You should do that. They have the limos pulling up and you should just ride up on your Schwinn.

SAGAL: I think that would be totally cool.

EISENBERG: Yeah, and then where do I lock up though?

BLOUNT: Take the clips off your trousers.

SAGAL: Just hand it to Joan Rivers and say watch this for a few hours.

EISENBERG: I'm taking my mother. You know, and she couldn't be more thrilled.

POUNDSTONE: That is so sweet. Is she going to ride in the basket?

POUNDSTONE: That just seems uncomfortable for her.

SAGAL: Jesse Eisenberg, we are delighted to talk to you, but we have, in fact, a darker purpose. We have asked you here to play a game we're calling?

I have no friends at all. And I like it that way.

SAGAL: Since you are now the face of social networking, even more than the guy who actually invented it, we thought we'd ask you three questions about people in the anti-social network, namely, hermits. Answer two of three questions about hermits right and you'll win our prize for one of our listeners, Carl's voice on their home answering machine. Carl, who is Jesse Eisenberg playing for?

KASELL: Jesse is playing for Patty Renaud of Farmingdale, Maine.

EISENBERG: Yes. Could I just ask - I thought this was supposed to be about something I don't know anything about?

SAGAL: Oh wait a minute. Are you claiming some expertise on hermiting?

BLOUNT: He is one.

SAGAL: Well, he lives in New York without a TV. Well, I guess maybe you count. All right.

SAGAL: Well, you can use that expertise. Let's see how it goes.

SAGAL: One of America's most famous hermits was Robert Harrill. He achieved what distinction? A: he became the only person excused from the military draft because of quote, "a noxious bodily odor"?

SAGAL: B: he became the second most popular tourist attraction in North Carolina. Or C: he inspired a brief 1920s dance craze called the Hermit Rag?

EISENBERG: Okay, as a hermit, I know it's not C. I would say it's probably A, the noxious odor.

SAGAL: So he was called up for military service but they said you smell so badly, we will excuse you?

SAGAL: Beyond even attempting to wash him.

SAGAL: No, it was actually B. He became the second most popular tourist attraction in North Carolina. He was known as the Fort Fisher Hermit. He lived near Fort Fisher, North Carolina. And he received so many visitors [interposing] he 1960s, he ranked number two after...

ADAM FELBER: After the Fayetteville hermit.

SAGAL: He was number two after the USS North Carolina. All right, this is no problem. This is no problem. He's got two more chances. Here we go. The Carthusian Monks are intensely private, living a life of silent devotion in their monasteries. Now, one such Carthusian monastery allowed a documentary to be filmed about them, but only after what? A: the filmmakers gave them the entire series of the TV show "Monk" from TV.

SAGAL: B: the monks screened and approved the filmmakers' prior film about hedonism in St. Tropez. Or C: the monks thought about it for 16 years?

SAGAL: B: that they wanted to see the movie he made about St. Tropez?

EISENBERG: Or it could also be C.

EISENBERG: Then can we go with C instead?

SAGAL: You can and you did. Very well done, it is C.

POUNDSTONE: What was C? Oh, they thought about it for 16 years.

SAGAL: The German filmmaker approached the monks in 1984 and they said well they had to think about it. And in 2000, they called him and said okay, we'll do it.

SAGAL: The documentary is called, "Into Great Silence" and it quite good I'm told.

SAGAL: Living as a hermit is hard but there is help available for hermits. What? A: a website called Afraid-to-show-my-Facebook. It's a social networking site for hermits. B: a hermit newsletter, complete with Hermitting News and Hermitting Tips.

SAGAL: Or C: a Complete Hermit Hut Kit with tent, supplies, animal traps and other equipment for the aspiring hermit.

EISENBERG: Okay, so I'm just going to, you know, casually throw this out there. C.

SAGAL: There's one guy there going: yes, yes. I think it's just because he wants one. You want to try something else?

EISENBERG: Yeah. My next was B.

SAGAL: They're liking the Hermitting Newsletter.

SAGAL: The Hermit Newsletter is called Raven's Bread. It has about 1,000 subscribers around the world.

FELBER: It is probably a newsletter without a personal section, right?

FELBER: By definition, they're not looking to meet.

SAGAL: Carl, how did Jesse Eisenberg do on our quiz?

EISENBERG: Oh, thanks so much for having me.

SAGAL: Thank you so much, Jesse.