Accessibility links
Percussionist Emil Richards: Timekeeper Of Tinseltown Emil Richards began as a session musician in Los Angeles, working with the likes of Elvis Presley and The Beach Boys. He's best known, however, for his work on thousands of TV and movie soundtracks, from The Addams Family to Mission: Impossible. 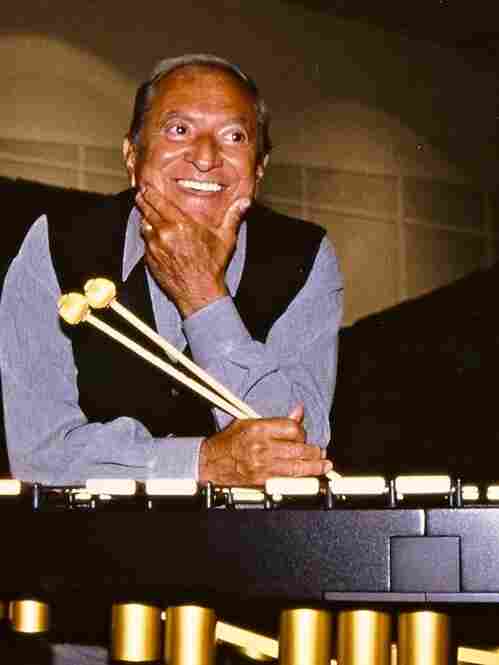 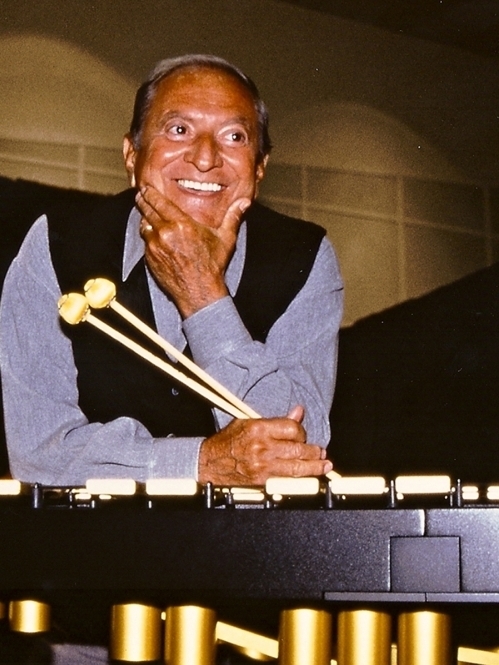 Emil Richards opens his front door and strikes a large gong in his entryway. It's nearly as tall as he is.

"Welcome to the house," he says.

Richards is one of Hollywood's foremost percussionists. At 78, he has worked on the soundtracks for around 2,000 movies and TV shows, including Shaft, Jaws, The Exorcist, Dr. Zhivago and Taxi Driver. The finger-snapping on The Addams Family's theme song? That's him, too.

Richards was born Emilio Radocchia in Hartford, Conn. His parents were Italian immigrants who ran a meat market — and, he says, the city's first legal liquor store after Prohibition. Richards started playing the xylophone at age 6. By 10th grade, he was playing with the Hartford Symphony, and soon after, he was sneaking into New York City nightclubs to play jazz.

After serving in the Army in the early 1950s, Richards made it to Los Angeles and became part of a legendary group of studio musicians known as The Wrecking Crew. He played with Elvis Presley, The Beach Boys and The Monkees, and on Frank Zappa's first album. Frank Sinatra took a shine to Richards and brought him along on a famous 1962 world tour to raise money for children's charities. It was under the auspices of the State Department, but Sinatra paid for it himself.

"Frank had a lot of room on the plane, so I filled the belly of Frank's plane with instruments," Richards says.

A Warehouse Of Ideas

But the collection overflows to his living room in Los Angeles. The room is stuffed with instruments, some of which — like his set of large temple bells — double as furniture.

"This is my turtle collection," he says, pointing to a shelf crammed with rattles made from shells. He picks up another contraption and plonks at it. "This is called a devil chaser, from the Philippines."

Besides rare instruments, Richards is also passionate about the Musicians' Union Local 47. He has been fighting — unsuccessfully, so far — to get the musicians who play on a soundtrack named during a movie's end credits.

"The guy who brings the porta-toilets gets his name up there," Richards says with disgust. "And the music is such an important part of a movie. My name is on about six movies."

But Richards has stories about hundreds of them: playing on Bernard Herrmann's last score, Taxi Driver; or taking a break from making the Dr. Zhivago soundtrack to perform for Igor Stravinsky; or recording the bongos on the theme song for Mission: Impossible. Richards made a mistake at that session, and though no one else even heard it, he insisted the musicians record it again.

"The French-horn players were real bummed at me — their lips were tired," Richards says. In the end, though, his stubbornness was worth it: "That Mission: Impossible played for so many years. Had I listened to myself play a really bad mistake, I couldn't have stood that."

Even though Richards has played in the orchestra pit for almost 30 Oscar telecasts — and even though he worked on the soundtracks for several films nominated this year — he won't be playing at Sunday's ceremony. He's working on two new scores, one with composer Danny Elfman and one for the upcoming Cars 2.