Accessibility links
Dreams, Death And Jewish Gangsters In 'Odessa' The city of Odessa, on the Black Sea, has packed a lot of history into its few centuries of existence. Author Charles King traces the city's ups and downs in a new book, Odessa: Genius and Death in a City of Dreams.

"A city that was home to one of the largest and most famous Jewish communities in Europe ended up destroying itself during the Second World War," explains Charles King, author of Odessa: Genius and Death in a City of Dreams. "It's a story that, until now, has been largely buried in dusty government archives half a world away." Courtesy W.W. Norton and Co. hide caption 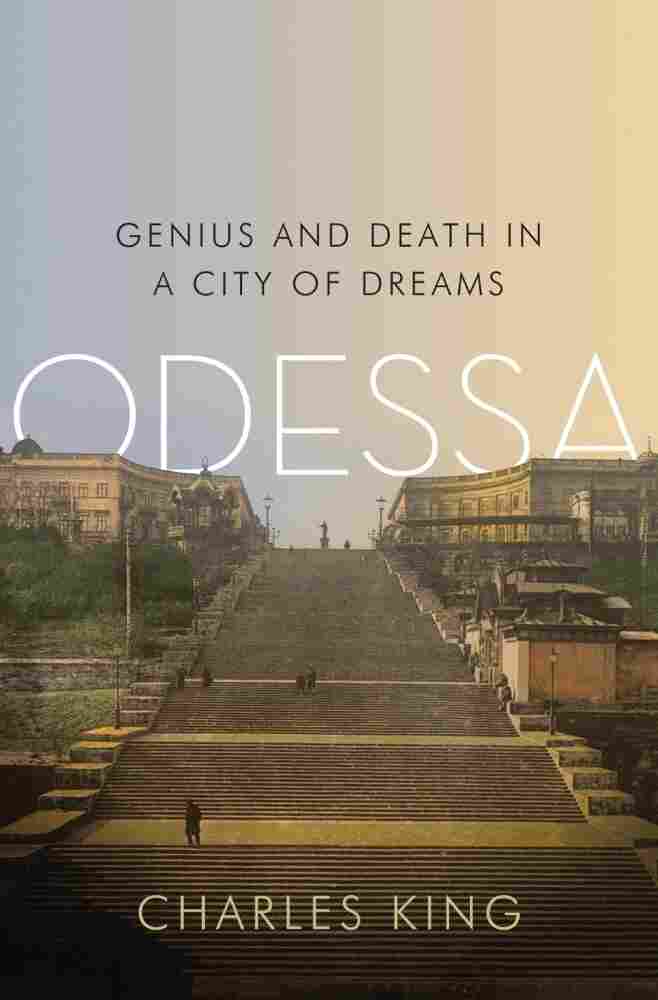 Odessa: Genius and Death in a City of Dreams
By Charles King
Hardcover, 336 pages
W.W. Norton and Company
List Price: $27.95

When Mark Twain stepped ashore in the Black Sea port city of Odessa in the summer of 1867, he found a cosmopolitan crossroads teeming with people from all over the Russian Empire and beyond.

The city's melting-pot nature reminded Twain of home. "Look up the street, or down the street, this way or that way," he wrote. "We saw only America."

Odessa was a young city when Twain arrived. Founded in 1794 by Catherine the Great, it was only a few years younger than Washington, D.C., but already had a rich history. Author Charles King has written a new book about that history, Odessa: Genius and Death in a City of Dreams.

Many dreams shaped the city, King tells Weekends on All Things Considered host Guy Raz. "Mark Twain was standing in a city that was scouted by a Neapolitan mercenary, named by a Russian empress, governed by her one-eyed secret husband, built by two exiled French noblemen," he writes.

In its early years, Odessa sparkled with high society. Gov.-Gen. Mikhail Vorontsov entertained artists like the renowned writer Alexander Pushkin at lavish parties. Pushkin eventually fled Odessa after having a rather public affair with the governor's wife.

The city depended on the grain trade, and when that dried up — due to changing trade routes and the Crimean War — the cosmopolitan dream began to crumble. "The city, in fact, has this kind of double identity," King says, "a place that's liberal, that's relatively open, but a dark and subversive side that appears from time to time over the course of the 19th century, and then, most spectacularly, most tragically, over the course of the 20th century."

That darkness boiled to the surface in a series of pogroms beginning in the 1860s. Odessa's population before World War II was almost one-third Jewish, but as the city's economy faltered and Tsarist authorities began to pursue Jews as possible subversives, violence broke out more and more frequently. 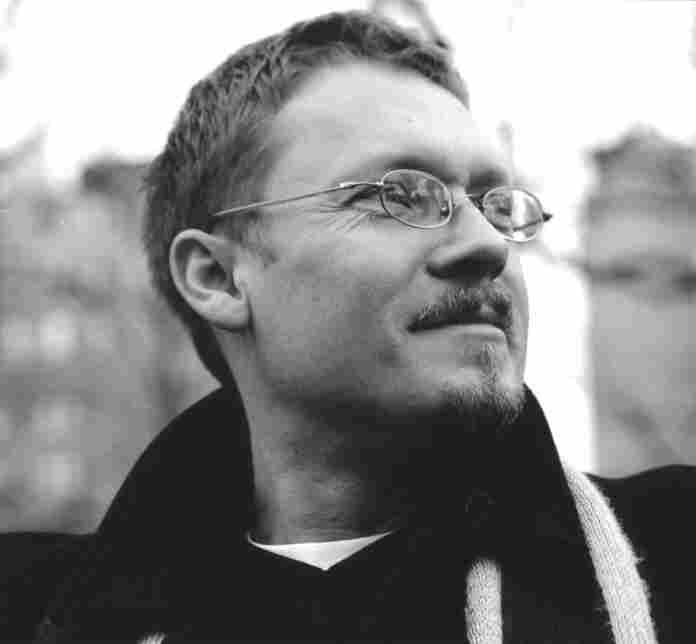 Charles King is a professor of International Affairs at Georgetown University. He is the author of five books and a commentator for publications such as Foreign Affairs. Sherry L. Brukbacher hide caption 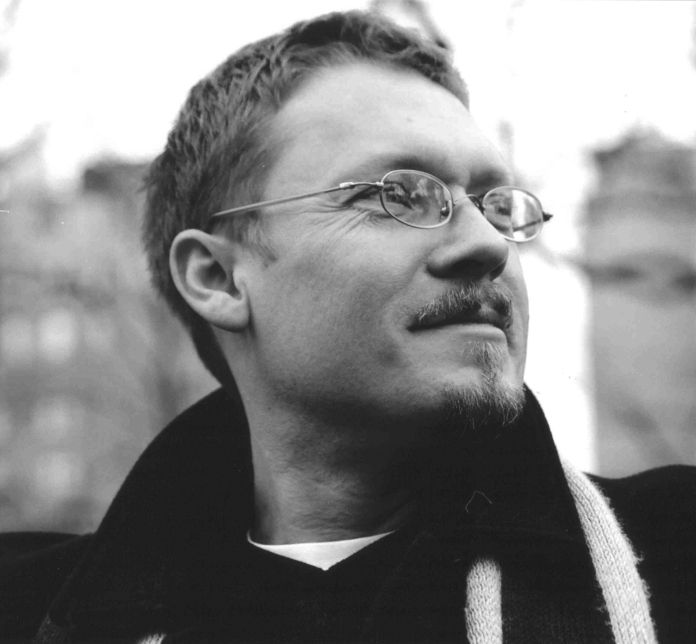 Charles King is a professor of International Affairs at Georgetown University. He is the author of five books and a commentator for publications such as Foreign Affairs.

The city's Jewish community was a central part of Odessa's life and spirit. Writer Isaac Babel created fantastic tales of the Jewish gangsters and low-lifes who roamed the city's Moldavanka neighborhood and defined the classic "Odessan" personality.

"The person he's trying to describe," King says, "is someone who, if not Jewish himself, is Jewish in a broad kind of cultural sense. He's a cosmopolitan, he's at home in the world, he's at home in a multicultural space."

But while there had been thousands of Jews in Odessa before World War II, by 1945, there were only 48. "Odessa has lost ... the thing that in many ways made it most distinctive," King says.

You can still get a sense of the old Odessa in the modern city, and even in places like New York's Brighton Beach, often called "Little Odessa." But it's not the same, King says. "It's a kind of sepia-tinged version of its own past. And Odessa, like Brighton Beach, is a tiny bit sad," he says. "But that's kind of part of its identity as well."

Odessa: Genius and Death in a City of Dreams
By Charles King
Hardcover, 336 pages
W.W. Norton and Co.
List Price: $27.95

Mark Twain felt supremely at home when he visited Odessa in the late summer of 1867. He had come to the Russian port city on the world's first long-distance pleasure cruise, a jaunt across the Near East related in The Innocents Abroad. After a twenty-hour run across the Black Sea on the American steamer Quaker City, Twain stepped ashore to see Odessa's cascade of stone steps — one of the most famous staircases in the world — beckoning him from the docklands to the upper city. At the top, looking like a casual visitor peering out over the harbor, the diminutive statue of the duc de Richelieu, one of the city's early builders, held out a welcoming hand. Twain puffed his way to the heights and gazed out over the grain silos and quays below. Behind him rose the city center, buzzing with the business of trade, shipping, and exchange.

Broad, well-kept streets intersected at right angles. Low houses of two or three stories flanked the boulevards. Plain facades plastered in blues and yellows reflected the sunlight that bounced ashore from the calm waters of the Black Sea. Acacia trees lifted their branches over sidewalks that teemed with people taking in the summer air, while dust clouds roiled with each passing carriage. "Look up the street or down the street, this way or that way," Twain wrote, "we saw only America!"

That was an odd way of seeing things. Twain was standing in a city that had been scouted by a Neapolitan mercenary, named by a Russian empress, governed by her one-eyed secret husband, built by two exiled French noblemen, modernized by a Cambridge-educated count, and celebrated by his wife's Russian lover. It was one of the largest cities in Russia and the empire's preeminent commercial port, even though it was situated closer to Vienna and Athens than to Moscow and St. Petersburg. The population was almost a quarter Jewish.

Not long after Twain's trip, the city witnessed some of the most horrific antisemitic violence in Russian history. Jews were literally murdered in the streets in repeated outpourings of hatred and fear. Much later, in a forgotten chapter of the Holocaust, Odessa's Jewish community --by then a third of the city's population — was nearly destroyed by the largest wartime program of planned killing committed by a country other than Nazi Germany, in this case, Nazi-allied Romania. What Twain saw in the streets and courtyards of Odessa was a place that had cultivated, like his homeland, a remarkable ability to unite nationalities and reshape itself on its own terms, generation after generation. What he missed was the city's tendency to tip with deadly regularity over the precipice of self-destruction.

At the time of his visit, Odessa was still developing the identity that its boosters would embrace and its detractors decry: a taste for the witty and the absurd; a veneer of Russian culture laid over a Yiddish, Greek, and Italian core; a boom-and-bust economy; a love of the dandy in men and the daring in women; a style of music and writing that involved both libertine abandon and controlled experimentation; and an approach to politics that swung wildly between the radical and the reactionary. It would eventually transfer many of those habits and values to new locales, from the jazz clubs of Leningrad to the borscht-belt banquet halls of the Catskills and Brighton Beach. In the four countries that have governed it — the Russian Empire, the Soviet Union, Romania (as an occupying power), and now Ukraine — Odessa has stood out as a mixed and rambunctious city, an island of difference perched between sea and steppe, yet a place continually threatened by its own mottled personality. "Odessa did not have any tradition, but it was therefore not afraid of new forms of living and activity," recalled the Zionist activist and Odessa native Vladimir Jabotinsky. "It developed in us more temperament and less passion, more cynicism, but less bitterness."

From its founding in 1794 all the way to the present, Odessa has struggled to survive somewhere between success and suicide. Like many vibrant seaports and multicultural urban spaces, the city has continually sought to unleash its better demons, the mischievous tricksters that are the vital muses of urban society and the restless creators of literature and art. But it has often loosed its darker ones instead, those that lurk in alleyways and whisper of religious loathing, class envy, and ethnic revenge. When things worked, Odessa nurtured intellectuals and artists whose talents lit up the world. When they didn't, the city's name became a byword for fanaticism, antisemitism, and deadly nationalism. 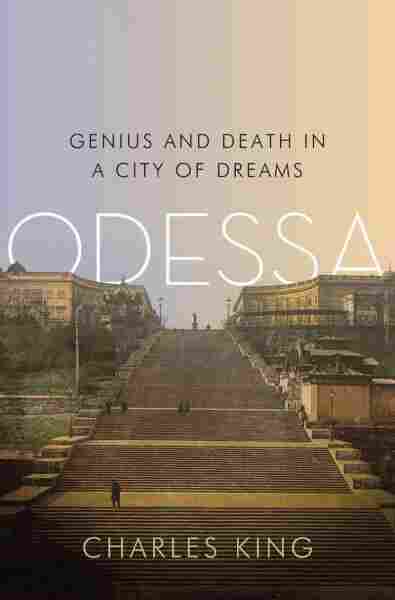 Genius and Death in a City of Dreams