Accessibility links
'Weird Al's' Advice: Follow Your Muse To 'Grow Up' In Grammy-award winning parodist "Weird Al" Yankovic's new children's book, When I Grow Up, Billy tells his teacher he wants to be a gorilla masseuse. When Yankovic himself was growing up, he wanted to be a writer for Mad magazine, he tells Liane Hansen on Weekend Edition Sunday. 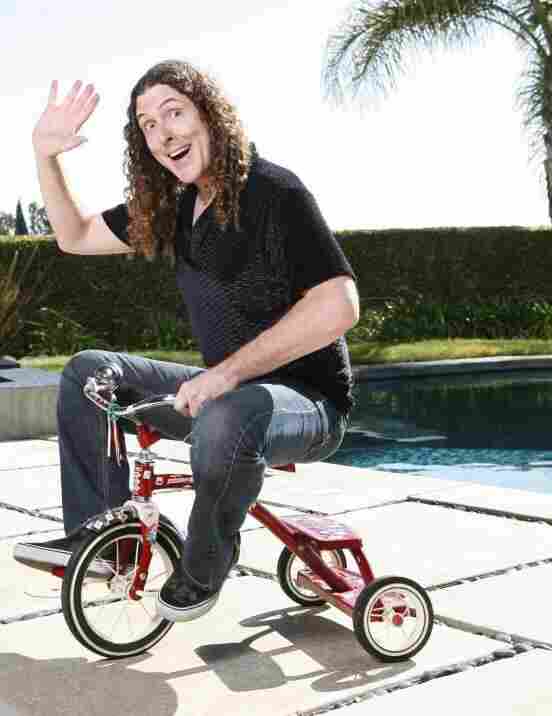 Matthew Alfred Yankovic, better known as "Weird Al," has recorded 12 albums and won three Grammys. He once worked as an "accordion repo man," collecting rented accordions from children when they had stopped taking lessons at school. Seth Olenick hide caption

"Weird Al" Yankovic has satirized Kurt Cobain in "Smells Like Nirvana," where marbles fall out of the singer's mouth (instead of intelligible lyrics), and done a scene-by-scene remake of Michael Jackson's "Beat It," called "Eat It," but there's one thing he had not created until now – a children's book

When I Grow Up, by Al Yankovic (credited without the usual accompanying "Weird") and illustrated by Wes Hargis, tells the story of Billy, an 8-year-old boy asked by his teacher what he wants to be when he grows up. Billy comes up with rather unique answers, and Yankovic read aloud one of Billy's ideas to Liane Hansen on Weekend Edition Sunday:

Or else maybe I'll be the lathe operator

Which fine-tunes the wrench that's specifically made

To retighten the nuts on the lateral blade

Inside cooling systems on X-14 rockets 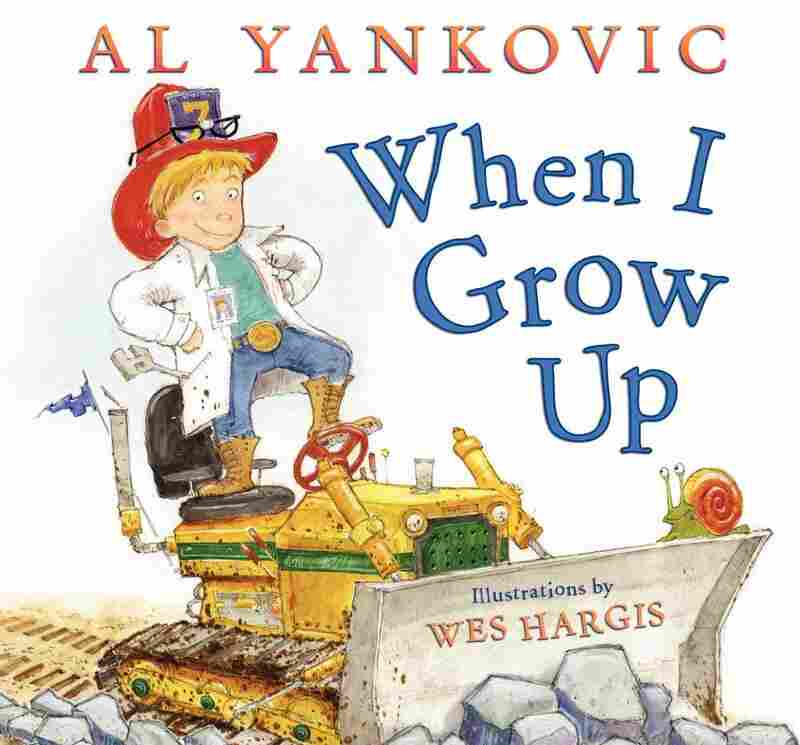 When Yankovic himself was 8, he told his guidance counselor he wanted to be a writer for Mad magazine. But the guidance counselor convinced him that there was "not much of a future in comedy" and advised him to pursue a real career, like architecture (because Yankovic was good at math and drafting). Three years into college, Yankovic realized he didn't have the same passion for being an architect that his classmates did.

When I Grow Up
By Al Yankovic
Hardcover, 32 pages
HarperCollins
List Price: $17.99

"They had a fire in their belly about architecture, and they'd look at a building and say, 'Oh, look at the negative space and the positive space, and the form following the function!' and I'd say, 'Yeah, it's a building. Great.'"

Luckily, while at college, Yankovic joined the college radio station. While he considered himself to be a "shy kind of kid," he felt encouraged to be more outspoken and boisterous on the radio, coming up with characters, gags and funny music.

Yankovic says his father always told him that the only true sign of success is being able to make a living doing the thing that makes you truly happy. He hopes that sentiment comes across in When I Grow Up.

"The message that I'm trying to get across to kids is that there is in fact a universe of possibilities out there," he says.

There's even the possibility of being a gorilla masseuse — one of Billy's career ideas. Hargis provided an illustration for that image, as well as another drawing of Billy milking a giraffe. Those career paths may not pan out, but Billy eventually learns this lesson from his 103-year-old grandfather, who has had multiple career changes over the course of his lifetime.

"You don't need to be defined by your job," Yankovic says. "You can really kind of follow your muse."

Excerpt: 'When I Grow Up' 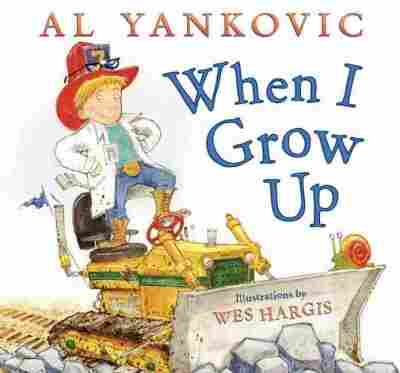 When I Grow Up

by Al Yankovic and Wes Hargis

Title
When I Grow Up
Author
Al Yankovic and Wes Hargis