Accessibility links
Movie Music 2011: Oscar-Nominated Scores Andy Trudeau returns for his annual review of the Academy Award nominees for Best Film Score. This year, he sorts out compositions for How to Train Your Dragon, Inception, The King's Speech, 127 Hours and The Social Network.

Hear A Mix Of Songs And Scores Of Oscars Past 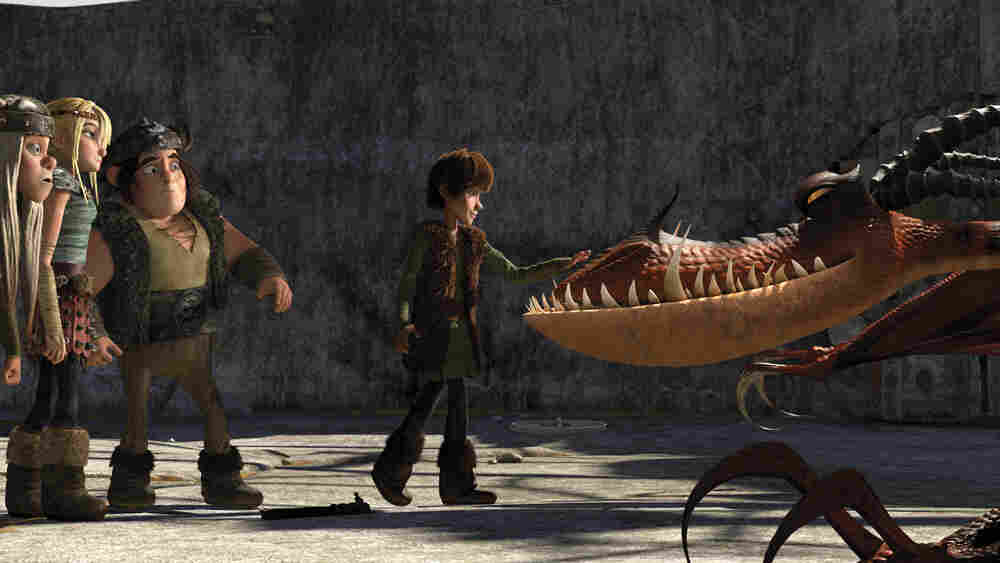 John Powell is nominated for the Best Original Score Academy Award, for his work on How to Train Your Dragon. Dreamworks hide caption

Hear A Mix Of Songs And Scores Of Oscars Past

Last year's Best Picture Oscar may gone to a gritty tale amid the Iraq war (The Hurt Locker), but Michael Giacchino's winning score for Up had nothing but smiles.

That was last year. Now, we've got five new works in the running for Best Original Score. On the eve of the Academy Awards telecast, here's a breakdown of the competition.

He weaves four principal themes throughout the score, including some Celtic flavor. He's something of a fearless orchestrator, as well: In one spot, he combines a penny whistle and dulcimer; in another, there are 14 bagpipes. At its core, this film is a romantic adventure, and in John Powell, the directors found a composer who could convincingly deliver a grandly heroic theme.

Hans Zimmer, Inception
The next nomination is for Hans Zimmer, who scored the science-fiction suspense film Inception. We talked about him last year when his Sherlock Holmes score was a contender, and he won an Oscar for his 1994 work on The Lion King. With Zimmer, you pretty much know what you're going to get, along with a standard warning to turn down the volume.

Inception is scored for orchestra and electronics. The composer says that he was not allowed to see a rough cut of the picture, and had to write his first draft based solely on the script. He then worked with director Christopher Nolan to fit his ideas into the film. The result is the neat trick of a techno-electronic score with a soul. For Inception, Zimmer does this — at least to my ears — by at times channeling the late John Barry.

Alexandre Desplat, The King's Speech
If you like delicate, sophisticated soundtracks, expertly scored, it's hard not to like Alexandre Desplat. His three previous nominations have been favorites of mine: The Queen, The Curious Case of Benjamin Button and The Fantastic Mr. Fox. This time around, it's The King's Speech, about how England's King George VI overcame a stuttering problem.

You have to love Desplat's sinewy melodies. This music was recorded at EMI's Abbey Road studios, where they found and used three vintage microphones owned by the British royal family. To characterize the king's struggles, the composer wrote what he describes as "music [that's] not going forward." He also couldn't ignore some classical selections used in director Tom Hooper's temporary soundtrack, including Beethoven's "Emperor" piano concerto. 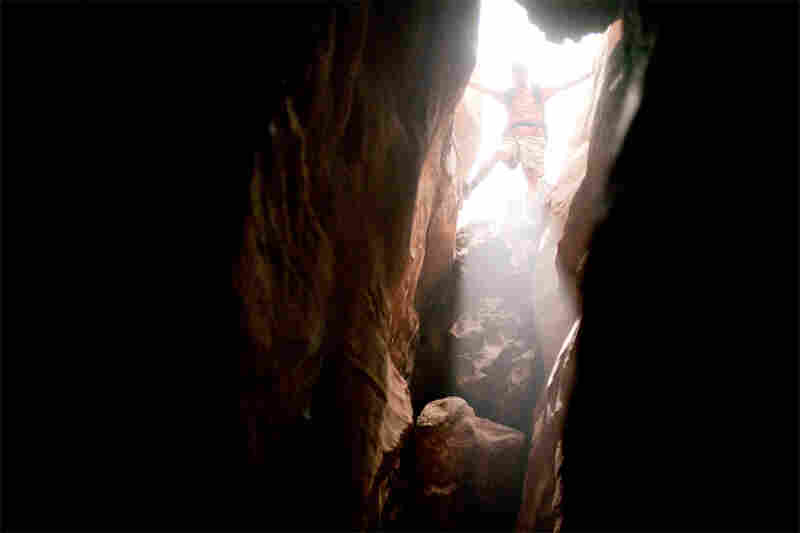 James Franco in 127 Hours. Composer A.R. Rahman is nominated for Best Original Score based on his work for this film. Chuck Zlotnick/Fox Searchlight hide caption

A.R. Rahman, 127 Hours
Composer A.R. Rahman won Oscars for both Best Original Music Score and Best Original Song for his 2008 work on Slumdog Millionaire. This year's nomination is for 127 Hours, a psychological survival drama. It's a mostly moody and melancholy, largely electronic score with interesting threads running through it.

The composer says that he connected the film's main character with the sound of the guitar — an instrument that was new to him as a composer. Each of the soundtrack cues containing this guitar music is tagged with the word "Liberation": "Liberation Begins," "Liberation in a Dream" and finally just "Liberation."

What he got is a predominately bleak ambient soundtrack with faint traces of humanity. There's little continuity in a wildly varied score: For one sequence that's controversial for both cinematic and musical reasons, the composers were told to take Edvard Grieg's "In the Hall of the Mountain King" and give it a Wendy Carlos treatment.

The Pick
Great films don't come with an expiration date, and I continue to believe that Oscar-winning film scores should be held to the same standard. So this year, voting for the score that I think shows that level of skill and inspiration, I'm casting my ballot for How to Train Your Dragon by John Powell.